Apple appears to be retiring the built-in Videos app on iOS in favor of the new TV app coming next month. The behavior is introduced with today’s iOS 10.2 beta 3; iOS 10.2 beta 2 included both apps separately. Apple could still change this behavior in a future version of iOS 10.2, although there isn’t much need for both apps for most users.

The change should only be present for iOS 10.2 users in the United States as Apple’s new TV app won’t be available outside of the US at launch. Videos does include some features like Home Sharing that do not yet appear to be available in TV.

It’s also unclear how TV will handle home videos which suggest Videos could stick around in future betas. For now, Videos remains available to re-install from the App Store like Apple’s other built-in apps that can be hidden which may be the answer for users looking for these specific features.

To be clear, the new behavior going forward appears to be that Videos will be hidden by default in the United States (and where TV becomes available) with users needing to manually enable it going forward. It also likely means the (rather barebones) app won’t receive any major features going forward as attention moves to the TV app. 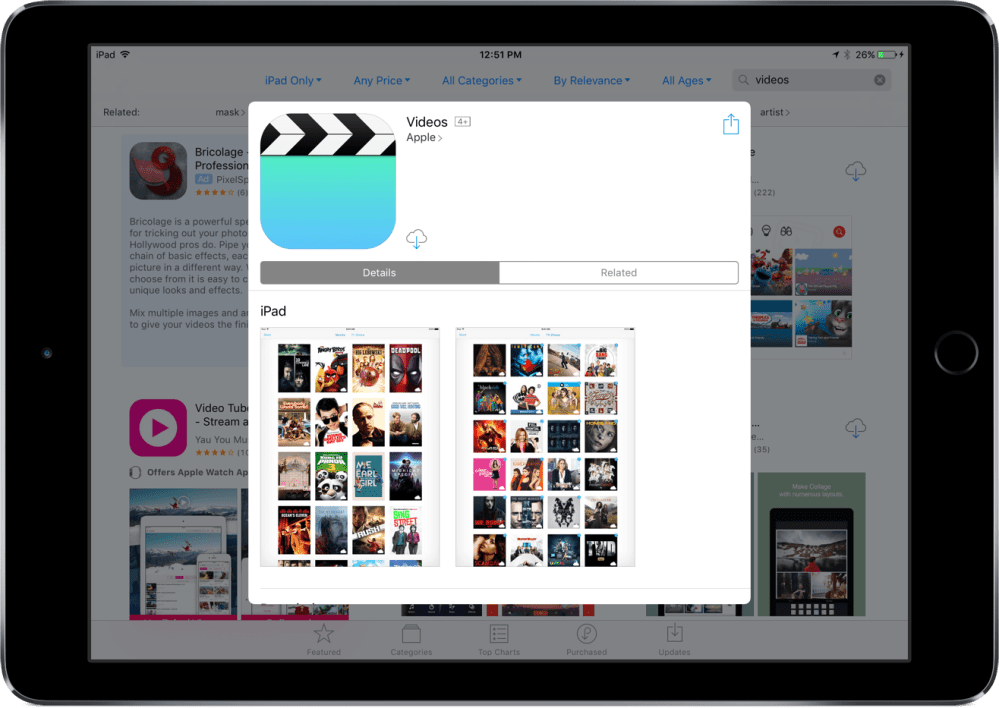 Aside from Home Sharing, the new TV app includes features like loading viewing movies and TV shows purchased from the iTunes Store, synced from iTunes, and via iCloud. TV also includes curated movies and TV shows from various services like HBO, Hulu, Starz, Showtime, and The CW.

Apple’s TV app isn’t fully functional just yet, however, as iOS 10.2 is still in beta. Users in the US can find TV on iPhone, iPad, and iPod touch with iOS 10.2 beta. The new TV app will also be available on the Apple TV next month.

For now, Videos is no longer available on iOS in the United States with TV replacing it including in the Settings app.