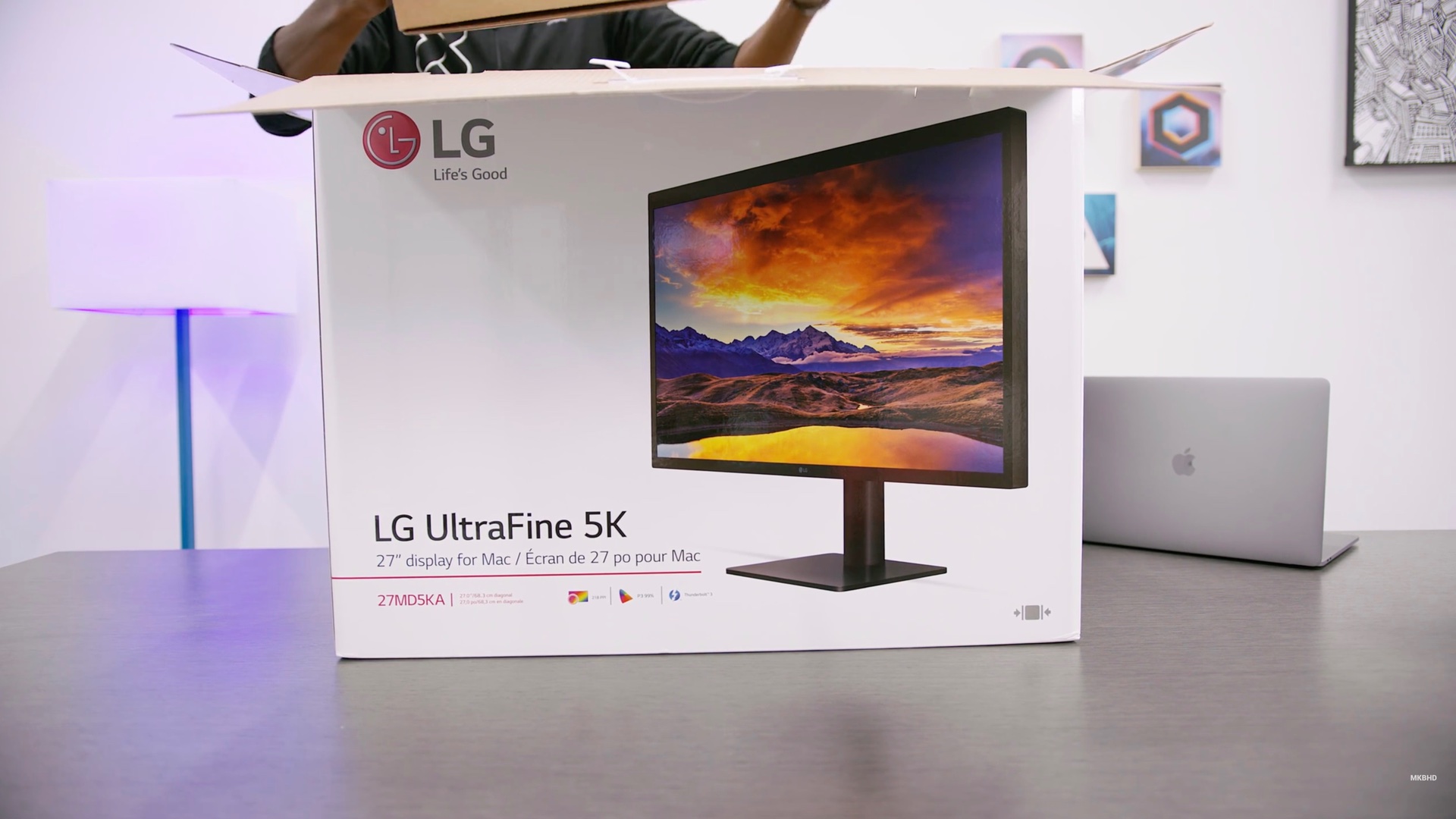 LG’s UltraFine 5K Display is not yet available for purchase via Apple’s online store, but it’s already beginning to makes the rounds in the press. Popular YouTuber Marques Brownlee just unboxed the MacBook Pro-centric 5K display in a hands-on video.

The 27-inch 5K display is notable, because it provides the same on-screen real estate that Thunderbolt Display users have enjoyed for years, but with noticeably increased “Retina” sharpness. The display also features a single Thunderbolt 3 port for connecting directly to the MacBook. Along with providing the display feed, the included Thunderbolt 3 cable is able to charge a 15-inch MacBook Pro at full speed.

Have a look at MKBHD’s unboxing and hands-on below:

LG’s UltraFine 4K Display is available for sale now, although online orders are still several weeks out. The 5K version goes on sale sometime next month. Both displays have received considerable limited-time price cuts temporarily in the wake of consumer response from Apple’s transition to USB-C. As such, it would be wise to get in early if you plan on purchasing.

We’ll be back soon with a hands-on review of the LG UltraFine 5K Display. Until then, tell us what you think about this monitor. Do you plan on buying one?