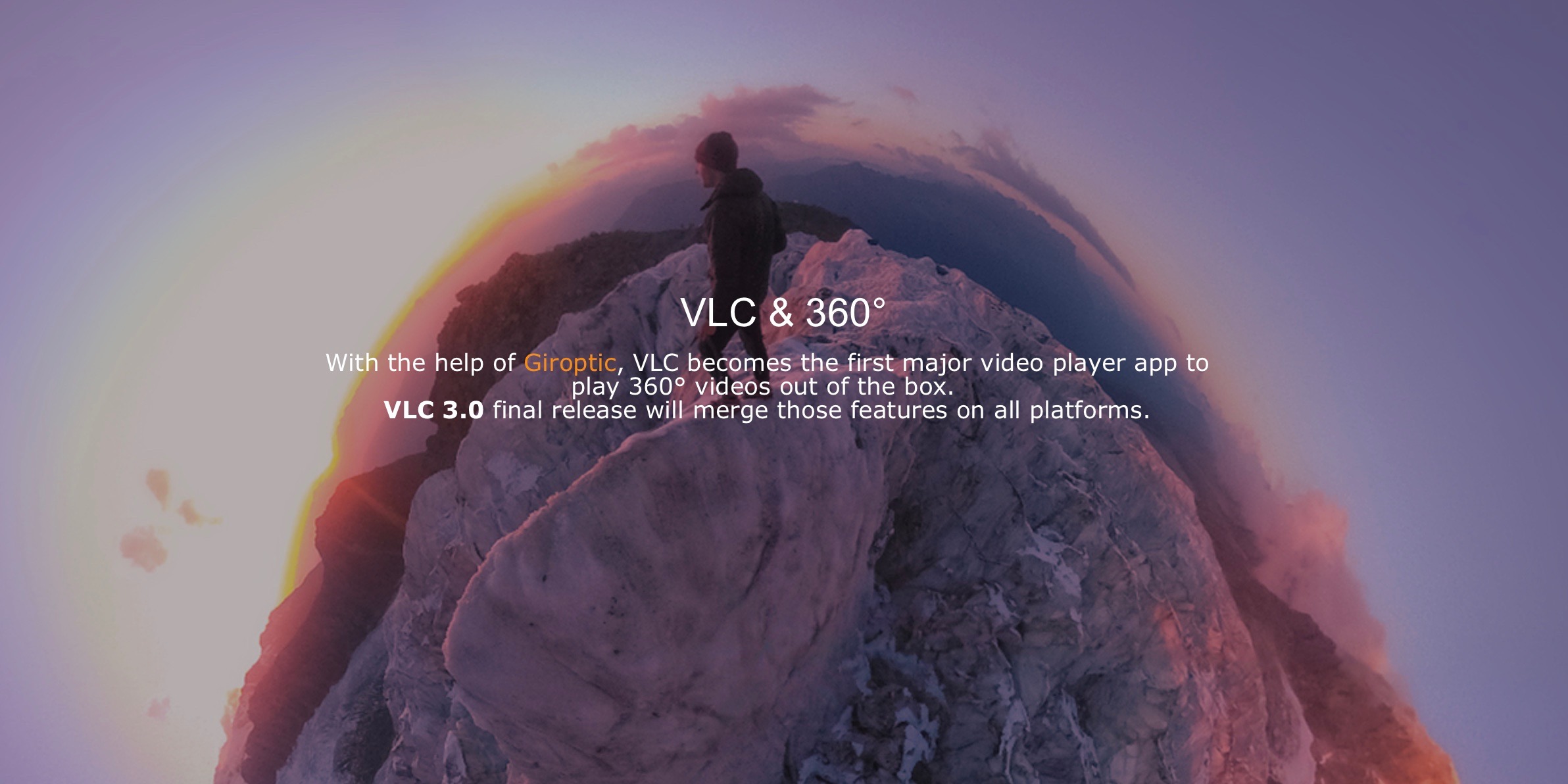 You can now experience 360-degree video playback easily on your Mac with the popular VLC Media Player app. VideoLAN has released the first preview version of VLC 3.0 which includes support for watching immersive spherical videos on macOS.

The new 360-degree media support also extends to photos, not just videos, so you can view panoramic images as if you were there. VLC 3.0 includes three modes for 360-degree content: zoom, little planet, and reverse little planet.

VideoLAN says its 360-degree video feature follows the Spatial Video spec, while photos and panoramas use the Spherical spec. As ever, VLC 3.0 is “open source and cross-platform” and “accelerated with OpenGL and Direct3D11” for 360-degree features.

The makers of VLC worked with a company called Giroptic to help build and test the new 360-degree media feature.

You can download the first preview version of VLC Media Player 3.0 for Mac here and find three sample files to play back here including two videos and one panoramic photo. A version for Windows is also available and VideoLAN says all versions of VLC will gain support in the future potentially including VR headsets.

Earlier this year, VideoLAN brought its VLC app to the new Apple TV for the first time with support for a wide variety of media formats.