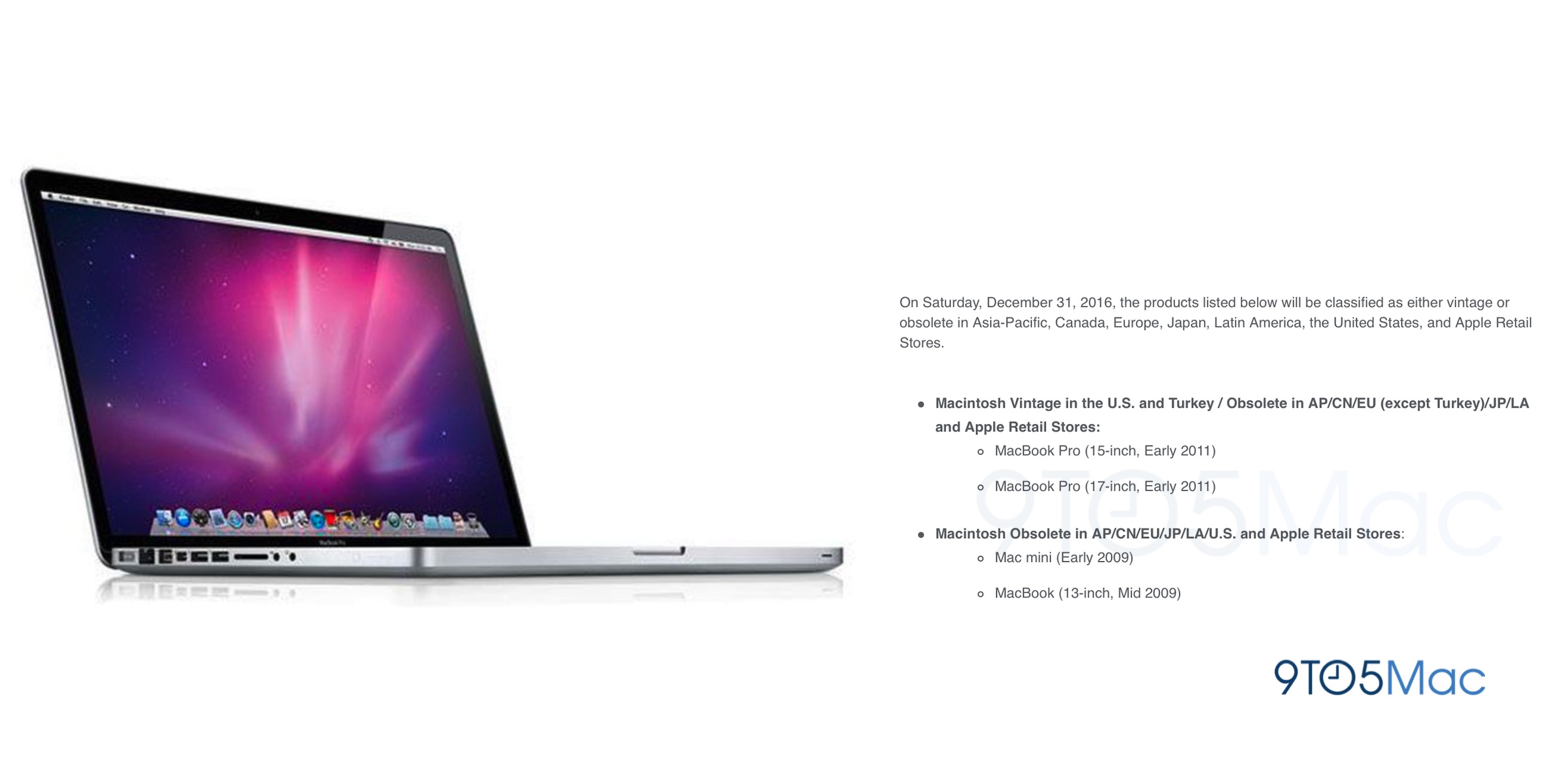 Apple will add certain MacBook Pro, MacBook Air, and Mac mini models to its list of vintage and obsolete products starting next month, which means the products will lose official Apple repair support through the company’s retail stores and authorized resellers.

Apple maintains a list of vintage and obsolete products on its website, but it doesn’t typically notify customers otherwise. Apple usually begins the process for models 5-7 years after manufacturing has been discontinued, at which time parts are no longer available to repair staff. That means that if you need a repair done on your machine, you won’t be able to go through Apple’s official channels to do so.

Vintage status applies to California and or Turkey where limited support for certain products is available for two years after products become obsolete elsewhere. So other than Turkey and California for the MacBook Pro models noted above, the other products will be obsolete in Asia-Pacific, Canada, Europe (except for Turkey), Latin America, Japan, and Apple Retail Stores (except in California).

Macintosh Vintage in the U.S. and Turkey / Obsolete in AP/CN/EU (except Turkey)/JP/LA and Apple Retail Stores: