Apple iPhone is the most popular gift on 2016 Christmas holiday wish lists, according to survey 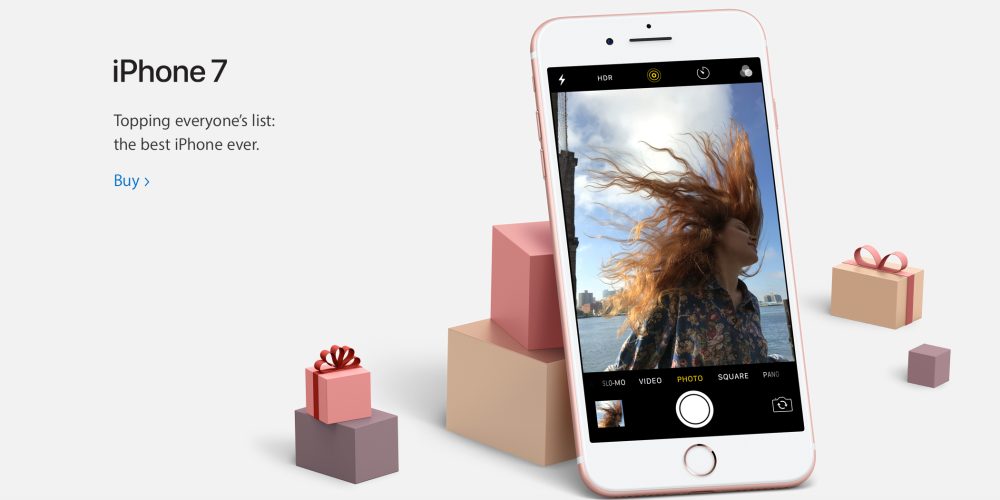 Apple’s brand continues to dominate mindshare for the festive season, according to a survey by Piper Jaffray. The company holds the top two spots for most wanted gift this holiday season with both iPhone and MacBook far ahead of any other product category.

The iPhone was the clear leader, with 7.2 percent of people surveyed wanting a new iPhone, up from 5.2 percent in 2015. MacBook took second place on the chart (embedded after the jump), at 2.1% popularity …

The percentage demand for the remaining products pale in comparison to the iPhone and MacBook. The ‘Smartwatch’ category was fourth at 0.9% (with Apple Watch being some smaller slice of that number), PlayStation trailed at 0.8% and so on.  Apple’s total mindshare was over 10% — the rest of the top ten list combined is only 4.6%. 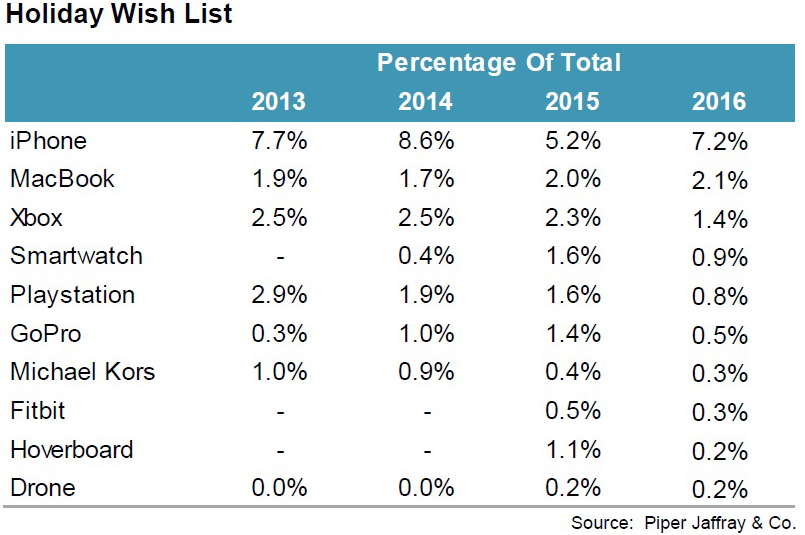 The Piper Jaffray analyst Gene Munster said that iPhone 7 may have been an iterative update but consumers want it, represented by the increase in popularity on Christmas wish lists between this year and last year.

Munster also said not to read too much into the re-introduction of Apple’s Black Friday promotions; mere gift card deals are not representative of a weakening demand for Apple products. In general, the survey shows that iPhone continues to be sought after. Mac laptops also seem to be doing well, in the minds of consumers.