Apple shares the top 50 songs played on Beats 1 during 2016, Drake & Chance the Rapper lead the way 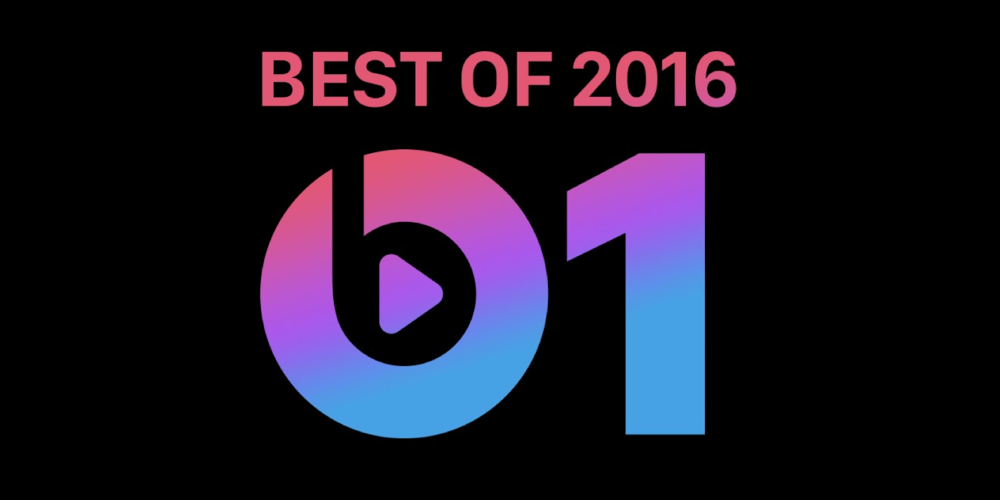 Last night, Apple shared a breakdown of the top apps, games, music, tv, movies and more across its various digital stores. Now, Apple is taking a step back to provide a look at 2016 in terms of its Beats 1 streaming radio station, offering a playlist of the 50 biggest tracks of the year…

Earlier today, Beats 1 hosts Zane Lowe, Ebro Darden, and Julie Adenuga presented a special show on the streaming radio station breaking down the biggest songs of the year. In addition to playing the top 50 songs, the hosts also shared tidbits of some of their top interviews of the year.

We think 2016 was the best year ever for new music, so we compiled a list of 50 records that shaped our year. There’s no formula because at Beats 1, the songs we love the most are the ones we play the most

Throughout the course of 2016, Beats 1 aired a variety of exclusive interviews with some of music’s top artists. Interviews included Drake, Chance the Rapper, Bruno Mars, and The Chainsmokers – all of whom happen to have a song in the top 50 list.

Looking closer at the top 50 list, Drake’s smash hit One Dance tops the list, much like it did the iTunes list last night. In the second sport is No Problem by Chance the Rapper, while Tilted by Christine and the Queens rounds out the top 3. Other notable inclusions are Fade by Kanye West, Closer by The Chainsmokers, Cheap Thrills by Sia, and Panda by Desiigner.

Apple Music’s Beats 1 station has been criticized throughout its time on the air for being too hip-hop focused, but at this point it seems like that’s exactly what Apple is going for. Whether or not that strategy is working, however, remains unclear at this point as Apple doesn’t release statistics for the service.

Apple announced last night that Apple Music now has 20 million paying subscribers, up from 17 million three months ago. Though the service still lags behind Spotify in terms of growth, 20 million subscribers in 17 months is certainly a notable achievement.

You can check out the full list of the top 50 songs on Beats 1 here. Let us know in the comments if you’ve been using Beats 1 this year and if you agree with what songs are played.