Niantic is working on its own wearables, which is why Apple Watch Pokemon Go app still hasn’t shipped 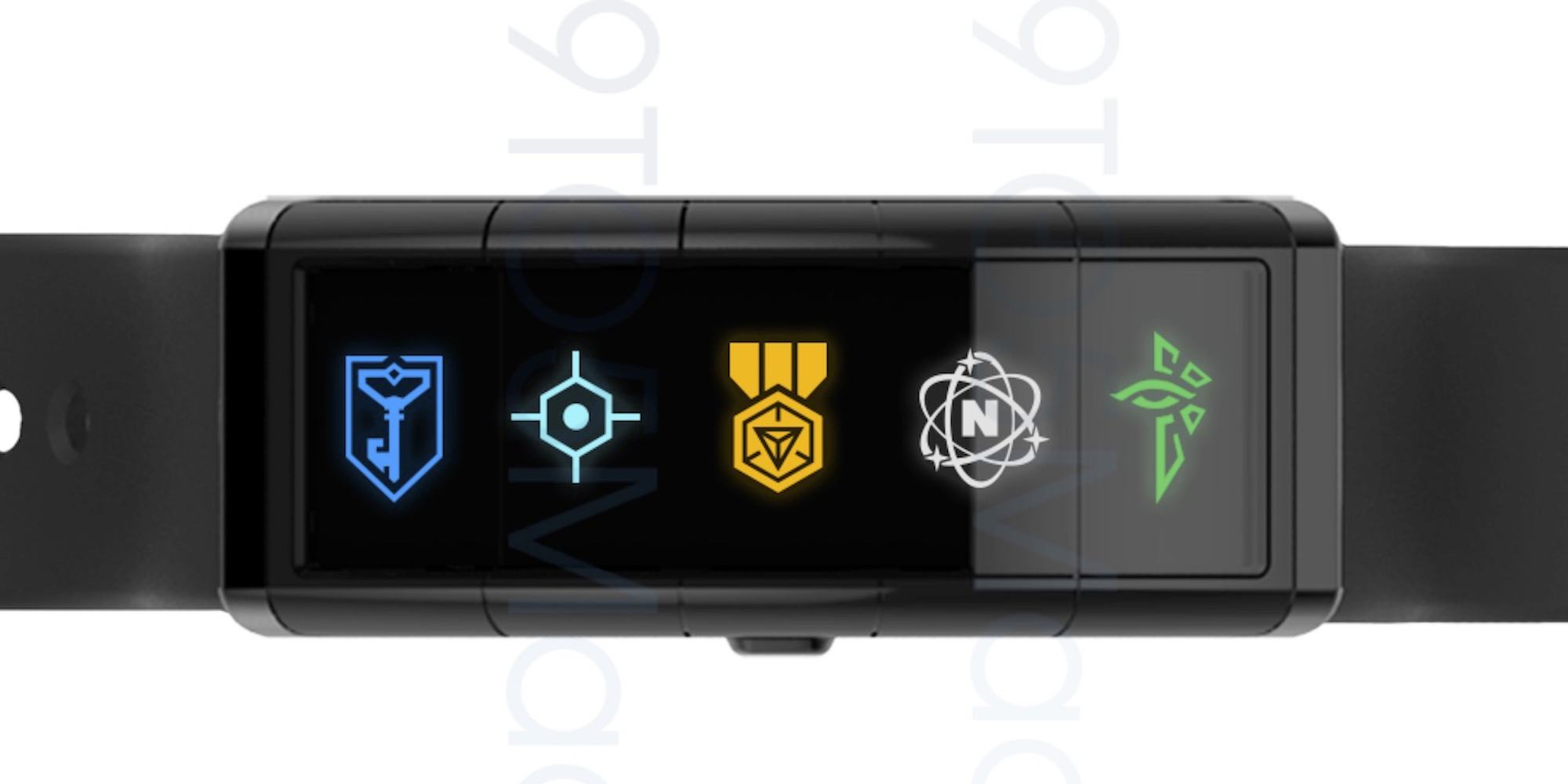 Over the weekend we reported that developer Niantic had put its Apple Watch app development on hold and therefore likely wouldn’t be making its previously promised end of the year deadline. Niantic attempted to shoot the story down with a vague tweet saying the app is coming soon, but it wouldn’t confirm its promised end of year release date. While many were quick to take the tweet at face value, we’re actually able to provide much deeper context…

Niantic was stalling in part because early next month the company is planning to announce its own hardware product, a wrist wearable it appears to be licensing and branding for its games. That’s why the Apple Watch app isn’t out yet, according to our same sources familiar with the situation, and it’s also why Niantic was seemingly giving out smoke screen statements and refusing to confirm delays.

Here’s an image of Niantic’s hardware that it will first brand for its Ingress game when it announces the product next month: 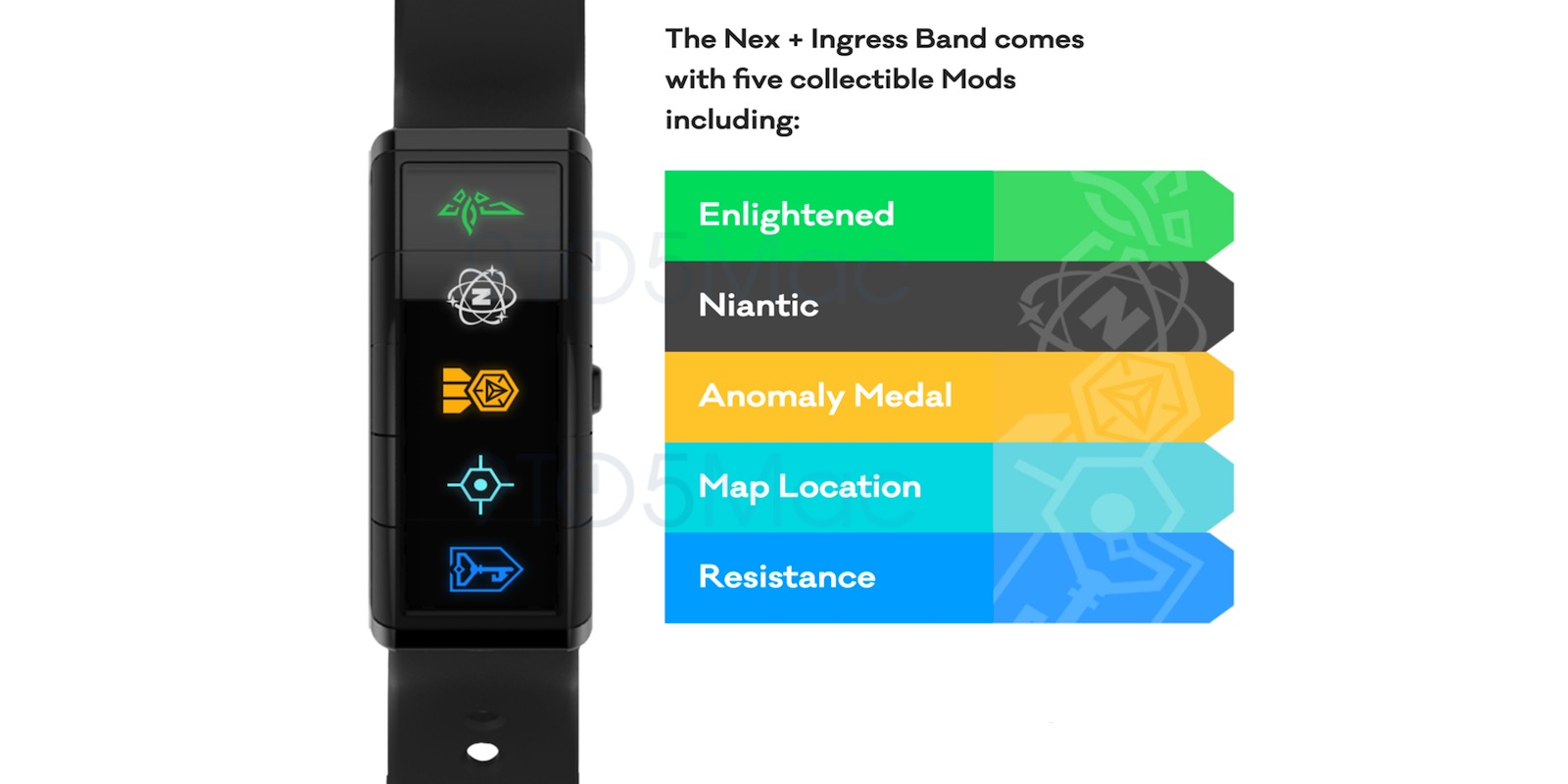 The Nex + Ingress Band appears to be very similar to a product called Nex Band Evolution that originally began pre-orders through a crowdfunding campaign earlier this year. That campaign disappeared, but now it appears it’s resurfacing through a licensing deal with Niantic and a rebranded and updated version of the Nex Band called Evolution. The company has a teaser for a Nex Evolution band on its website that appears to be the same minus the Ingress branding in our image above. (Update: Some have noted the original Nex Band used modular LED displays called “Mods”, which also appear to be referenced in our image above).

The Nex Band products we’ve seen before go far beyond the functionality of the Pokemon Go Plus wearable that Nintendo developed for the game. It includes five touch sensitive displays with multi-color LEDs to offer customized notifications and icons, up to 4 day battery life, and fitness tracking features, which would essentially allow it to offer all the functionality of an Apple Watch app like the Pokemon Go app demoed in September. It’s unlikely players would wear both a Nex Band wearable and Apple Watch for that reason. Niantic is planning an Ingress model at first, but we’ve heard there have been discussions about a Pokemon Go version which is based on the company’s Ingress game.

There has been some chatter online about the difficulty of developing the Apple Watch experience for Pokémon Go. We’re hearing that’s just Niantic PR talk getting relayed through sites that do that sort of thing.

It doesn’t necessarily mean that the Apple Watch app will never see the light of day. In fact, with the latest Tweet, Niantic is now on the hook to deliver. But now the company has an important decision to make. It was planning on putting the Watch app on hold until after its wearable announcement, but that was before the information was public.

Niantic surely has a lot of incentive/pressure from Apple at this point, who essentially partnered with the company on the original ‘end of year’ announcement by allowing them to make it on stage during the high-profile iPhone 7 event back in September. But for now the company also has big incentive to delay the announcement as it introduces the world to its own wearable product that would sell for significantly more than a free Apple Watch app.

Ultimately Niantic could both ship the Pokémon Go Apple Watch app and its Ingress wearable, but this behind-the-scenes decision making is what has led to questions about the Apple Watch app shipping on time or even at all.

If Niantic wants to live up to its on-stage promise, it has a couple more weeks to change its mind and do so (not including the iTunes Connect shut down scheduled for Dec 23-27).