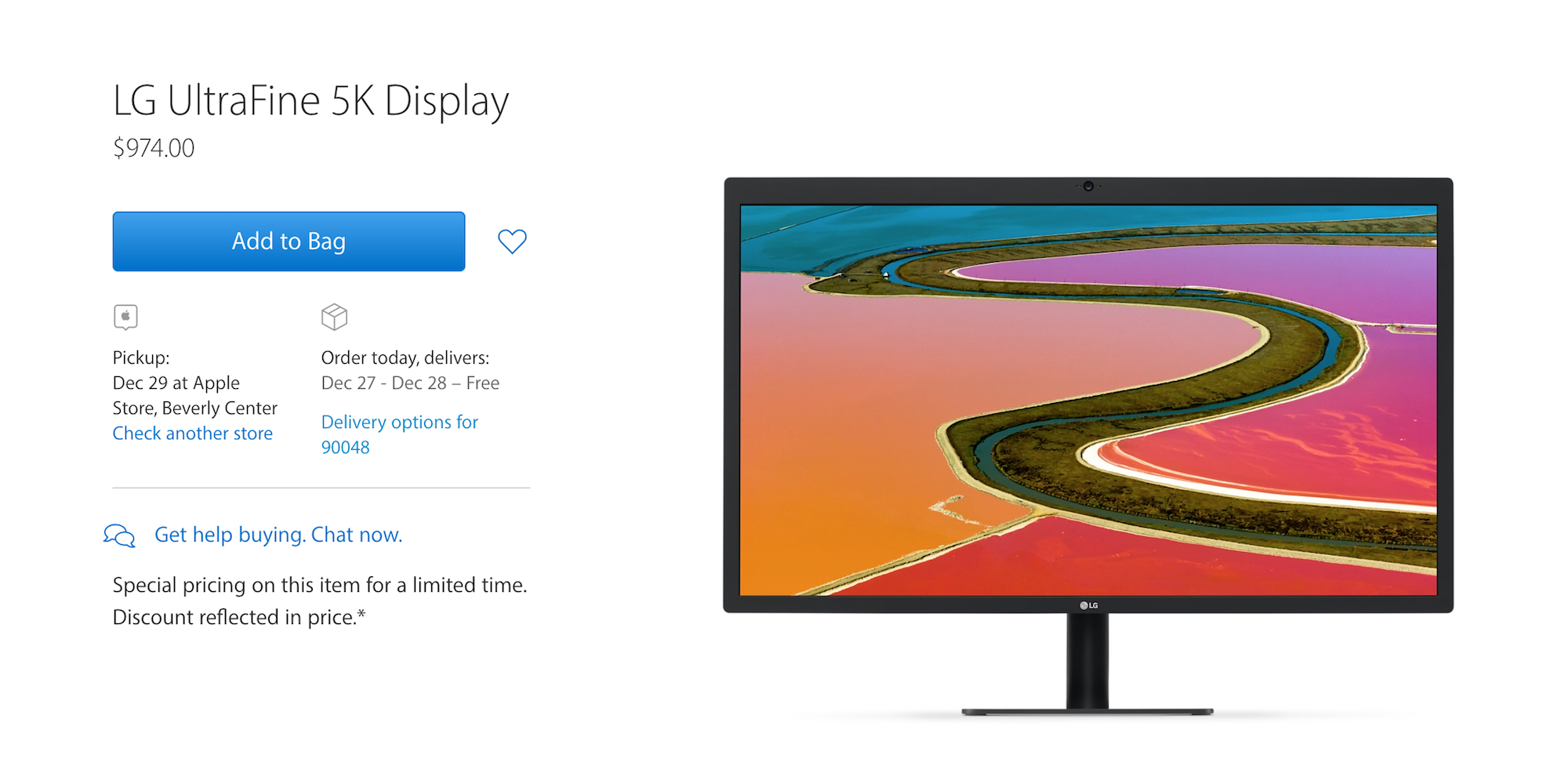 Update: Shipping estimates are now at “2-4 weeks” on Apple.com and Jan 20 for in-store pickup.

Apple’s online store today started selling the new LG UltraFine 5K display that it unveiled in partnership with the company alongside its new MacBook Pros back in October. Apple has also extended limited time pricing by three months until March 31st alongside other accessories it currently has on sale for new MacBook Pro users.

While Apple announced the product would go on sale this month, LG originally said it expected to begin sales in early December, and later told us that it was experiencing delays and didn’t have a confirmed launch date. The product did, however, very briefly go on sale for a few minutes a few weeks back, and 9to5Mac readers report those orders seeing improved shipping estimates to match availability on Apple.com:

The new LG display is one of the first with a 5K resolution and Thunderbolt 3 connectivity, allowing users to connect to the new 2016 MacBook Pro’s USB-C/Thunderbolt 3 ports using a single cable. The cable (included) also offers up to 85W of charging power for a connected MacBook Pro.

Leaving the launch so close to the end of the year is notable as Apple announced in early December that it would offer limited time discounts on the new LG monitors until the end of 2016 only. Apple has now extended the limited time pricing until March 31, 2017 for the LG 5K display, as well as all of the other USB-C accessories it has on sale for new MacBook Pro owners. That means it’s currently selling for $974, down from an original listing price of $1299 when Apple first unveiled it.

As of this writing, the LG UltraFine 5K display product page says it’s ready to deliver by Dec 27 – Dec 28 or by Dec 29 for pickup at most Apple stores.