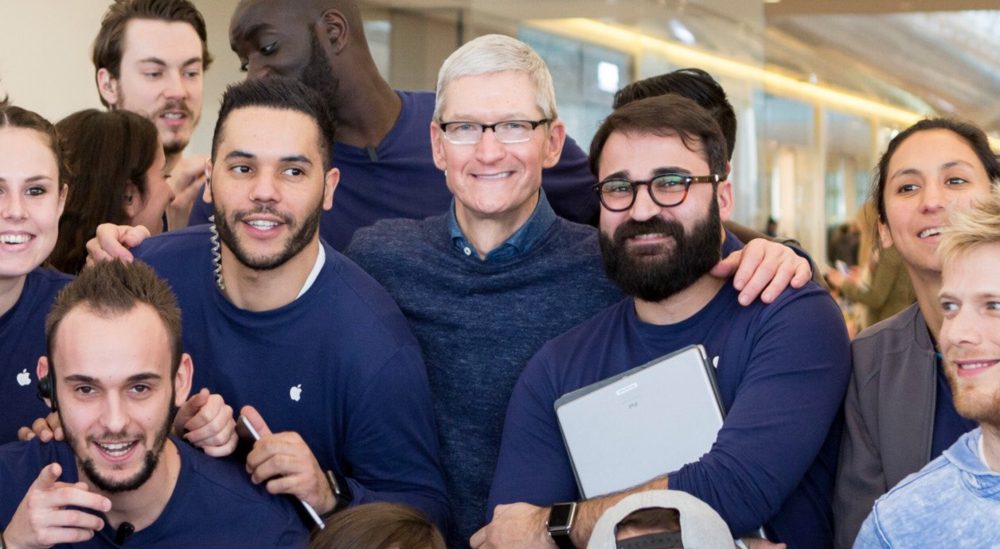 According to local reports from Mac4Ever and iPho.fr, Apple CEO Tim Cook paid a surprise visit to an Apple Store in Marseille, France and another in Paris. The Apple Store opened last May and is located in the shopping mall of Terrasses du Port.

While visiting, Cook mingled with both employees and shoppers. He can be seen chatting it up in images shared on social media. Cook also took a picture with some of the staff of the Marseille Apple Store and shared that image on his personal Twitter account.

Delighted to be back in France to meet our talented team in Marseille.

Instagram account manager Jean claude Luong tweeted an image of himself and Cook, saying the two spent around two hours together.

When he departed the store, Cook received a loud round of applause from employees and shoppers.

Tim Cook also visited an Apple retina location in Apple Store Carrousel du Louvre in Paris. This visit was also a surprise one, with Cook again mingling with both employees and shoppers.

At this point it’s unclear why Cook was in France to begin with. It could be that he went as a personal vacation and just stopped in to visit at the store. On the other hand, it’s possible that Cook is in France for business reasons.