AT&T is expanding its unlimited data plan to everyone, available tomorrow at $180 for 4 lines 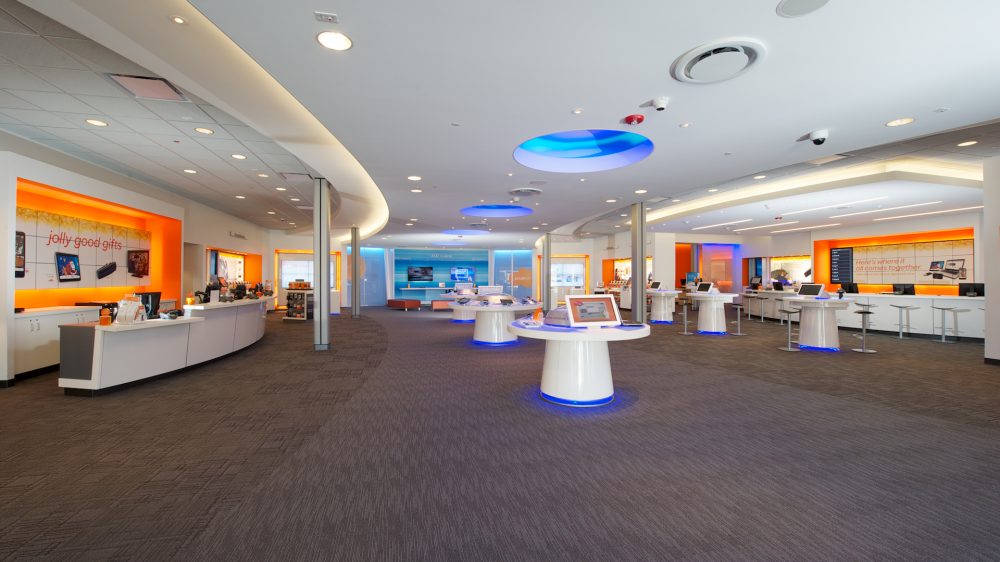 Following in the footsteps of Verizon and T-Mobile, AT&T today announced a new unlimited data plan available to all of its customers. While AT&T brought back an unlimited data plan last year, it was limited to DirecTV and U-Verse subscribers. Today’s plan, however, is open to anyone…

The plan, which will be available starting tomorrow, offers unlimited data, talk, and text on four lines for $180 per month. As is the case with the offerings announced this week by Verizon and T-Mobile, usage will be throttled once you hit that 22GB threshold, though. “After 22 GB of data usage, AT&T may slow speeds during periods of network congestion,” the carrier writes.

Even with the throttling limitation, AT&T expanding its unlimited data to all is a big move. The carrier, of course, offered unlimited data way back when, but largely moved away from the model and switched to data allotments in 2010.

“We’re offering unlimited entertainment on the nation’s best data network where and when you want to enjoy more of what you love,” said David Christopher, Chief Marketing Officer of the AT&T Entertainment Group.

As far as international communication goes, AT&T Unlimited offers unlimited calls from the United States to Canada and Mexico, as well as unlimited texting to 120 countries. Additionally, customers can talk, text, and use data in Canada and Mexico “when they add the Roam North America feature for no additional charge.”

As for streaming video, AT&T Unlimited includes the carrier’s Stream Saver feature. This capability automatically degrades HD video to standard definition quality. You can, however, turn the feature off at anytime by accessing your account settings online. Though, this will of course will result in more data usage. In contrast to some of the competition tethering will not be included.

It’s also important to note that the $180 price is after a $40 credit for the 4th smartphone line. The credit starts after two bills, so you’ll be paying $220/month until the credit kicks-in.

AT&T’s announcement of AT&T Unlimited comes after Verizon introduced its own unlimited plan last weekend and T-Mobile responded by dropping some of the restrictions associated with its own. Sprint today also enhanced its unlimited plan.

Starting tomorrow, AT&T1 will launch a new AT&T Unlimited plan. The plan will be available to all consumer and business postpaid AT&T wireless customers. Whether you love to stream your favorite shows, play games, video chat or simply surf the web, the AT&T Unlimited Plan provides access to what matters most to you.

“We’re offering unlimited entertainment on the nation’s best data network where and when you want to enjoy more of what you love,” said David Christopher, Chief Marketing Officer of the AT&T Entertainment Group.

The new AT&T Unlimited Plan will include unlimited talk, text and data on 4 lines for $180.*  Business customers can also take advantage of their additional corporate discount.

You can also make unlimited calls from the U.S. to Canada and Mexico, and send unlimited texts to over 120 countries. Plus, customers on this plan can talk, text and use data in Canada and Mexico with no roaming charges when they add the Roam North America feature for no additional charge.

We’re always listening to our customers and will continue to evolve to provide more choice, more convenience, and more value.

1 AT&T products and services are provided or offered by subsidiaries and affiliates of AT&T Inc. under the AT&T brand name and not by AT&T Inc.