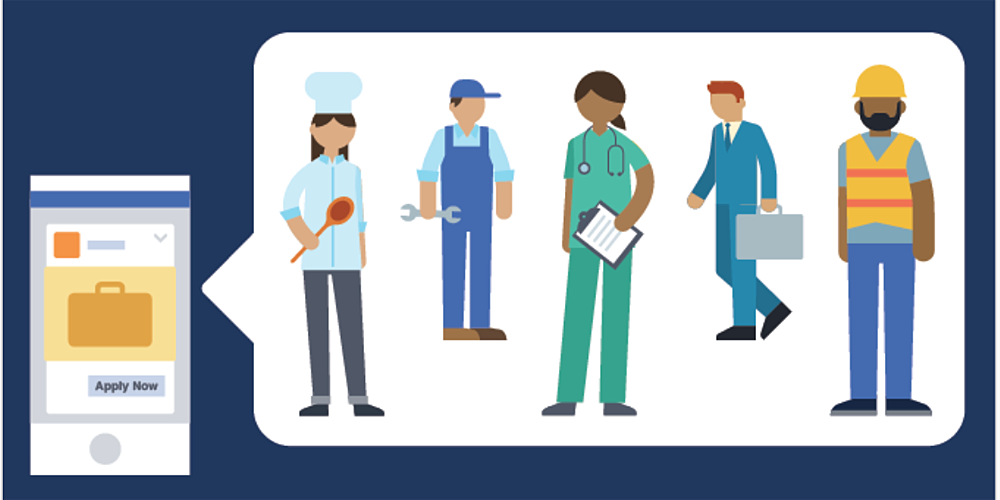 Facebook is rolling out a new Jobs feature that allows you to search for jobs and even apply for them within the app or website. To make the application process as quick and easy as possible, applications will be pre-populated with information from your Facebook profile – though you’ll be able to edit it before sending.

Facebook says that the feature is initially rolling out in the USA and Canada within the next few weeks. If you want to check out what’s available, look out for the new Jobs tab when visiting business websites, or go to facebook.com/jobs on the web. You may also see job ads appearing in your news feed, likely for pages you already follow.

TechCrunch says that the feature is aimed at the people LinkedIn forgot.

That’s where LinkedIn has fallen short. It’s become a destination for purposeful job seekers looking for medium- and high-skilled roles. But for people seeking part-time or hourly jobs, LinkedIn’s focus on your resume and education might have made them hesitant to sign up, and it’s not designed for applying to lots of jobs en masse. And unless you’re unemployed or actively seeking a new job, you might not have a reason to visit LinkedIn.

As with most Facebook app updates, it’s likely to appear as a silent update, so just keep an eye open for it.