Friday 5: a few of my favorite Mac apps [Video] 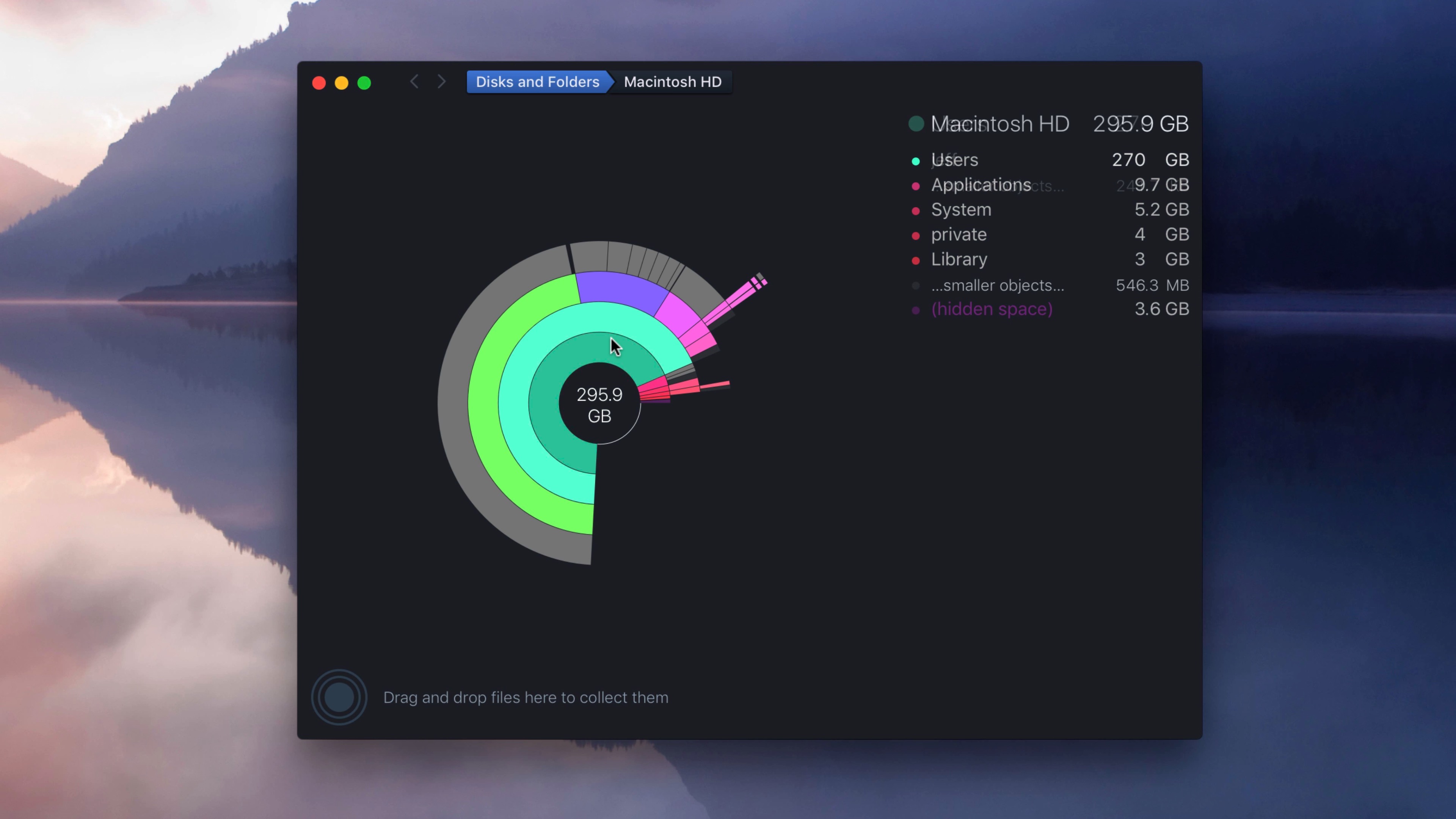 In this Mac-centric Friday 5, I wanted to highlight features from several macOS apps that I utilize on a regular basis. A few of these apps are built-in macOS apps, while others can be found on the Mac App Store and directly from third-party developers.

As a huge fan of the Mac, these are some of the apps that I use most often. Perhaps you’ll find a new gem in this week’s edition of Friday 5?

Grab is a legacy utility that’s been around since the NeXTSTEP days. It’s a utility that allows users to take screenshots, but I especially like it for its ability to include different types of mouse pointers in those screenshots.

Grab can be found in the Applications/Utilities folder on macOS. To access the various mouse pointers, simply visit its preferences. 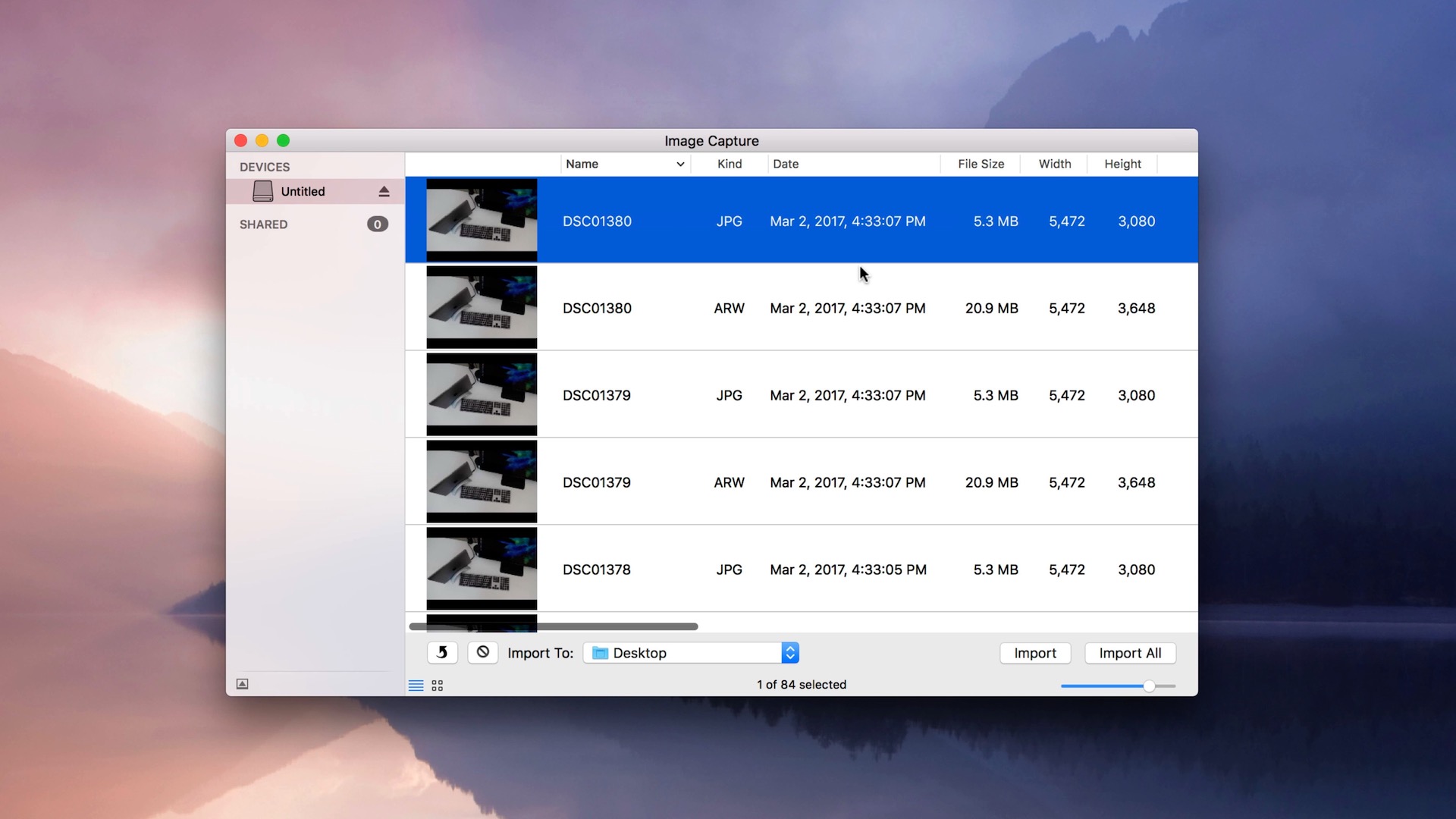 I use Image Capture on a regular basis to import photos from SD Cards. I like Image Capture because it’s a built-in Mac utility that makes it easy to view image metadata, and users can sort a list of images based on that metadata. From there, it’s easy to import selected media to a specific location on your Mac.

Like Grab, Image Capture can be found in the Applications/Utilities folder on macOS. 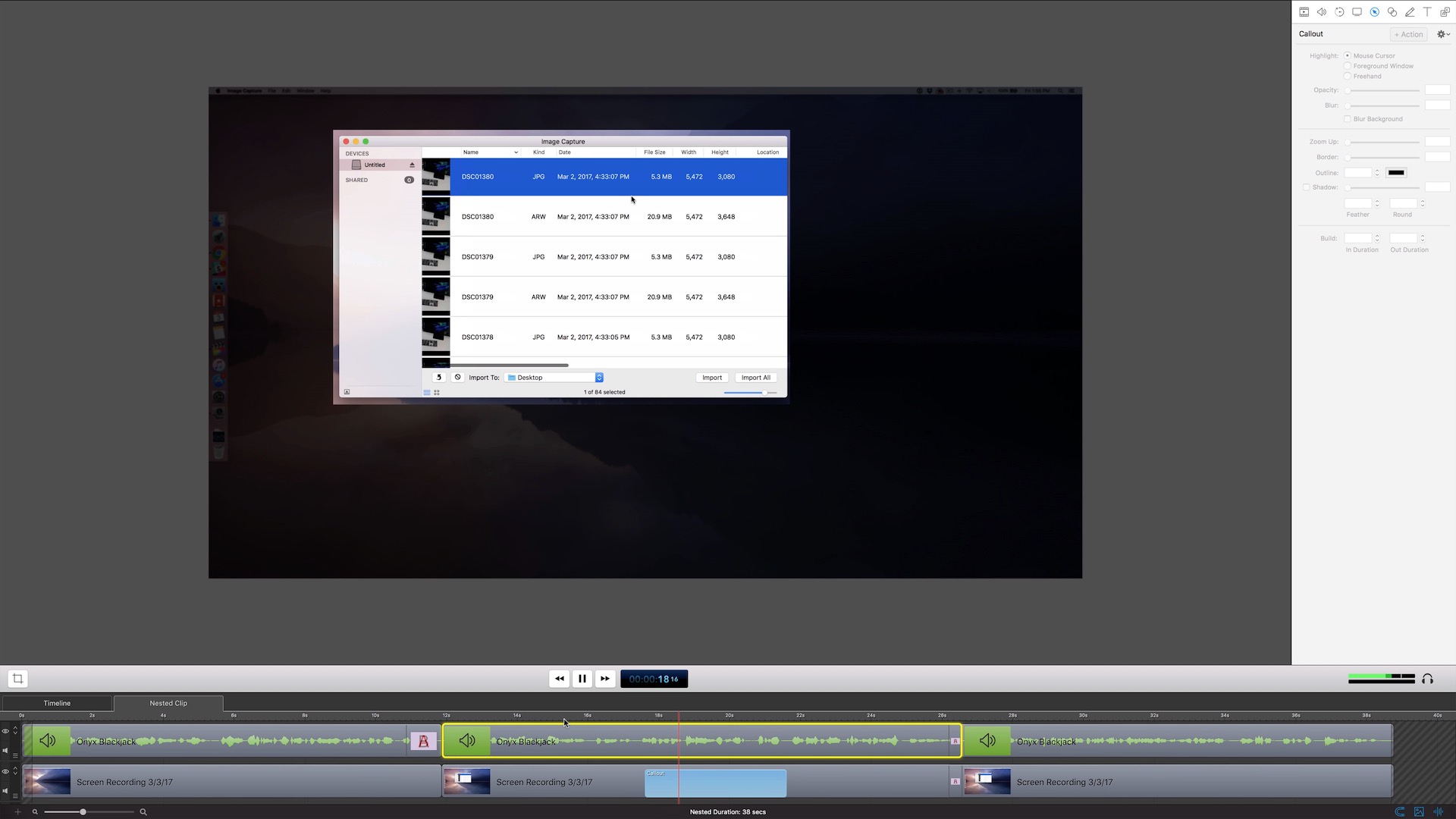 Although QuickTime features a built-in way to capture video of your Mac’s screen, ScreenFlow is on a whole different level. ScreenFlow 6 is, in my opinion, the best screen capture utility available on any platform. I use ScreenFlow for all videos that include screen captures of my Mac’s screen, and that includes the video embedded above. It’s a pricey app, but it’s best in class, powerful, and easy to use. We’ll be back with more in-depth ScreenFlow tutorials in future posts. 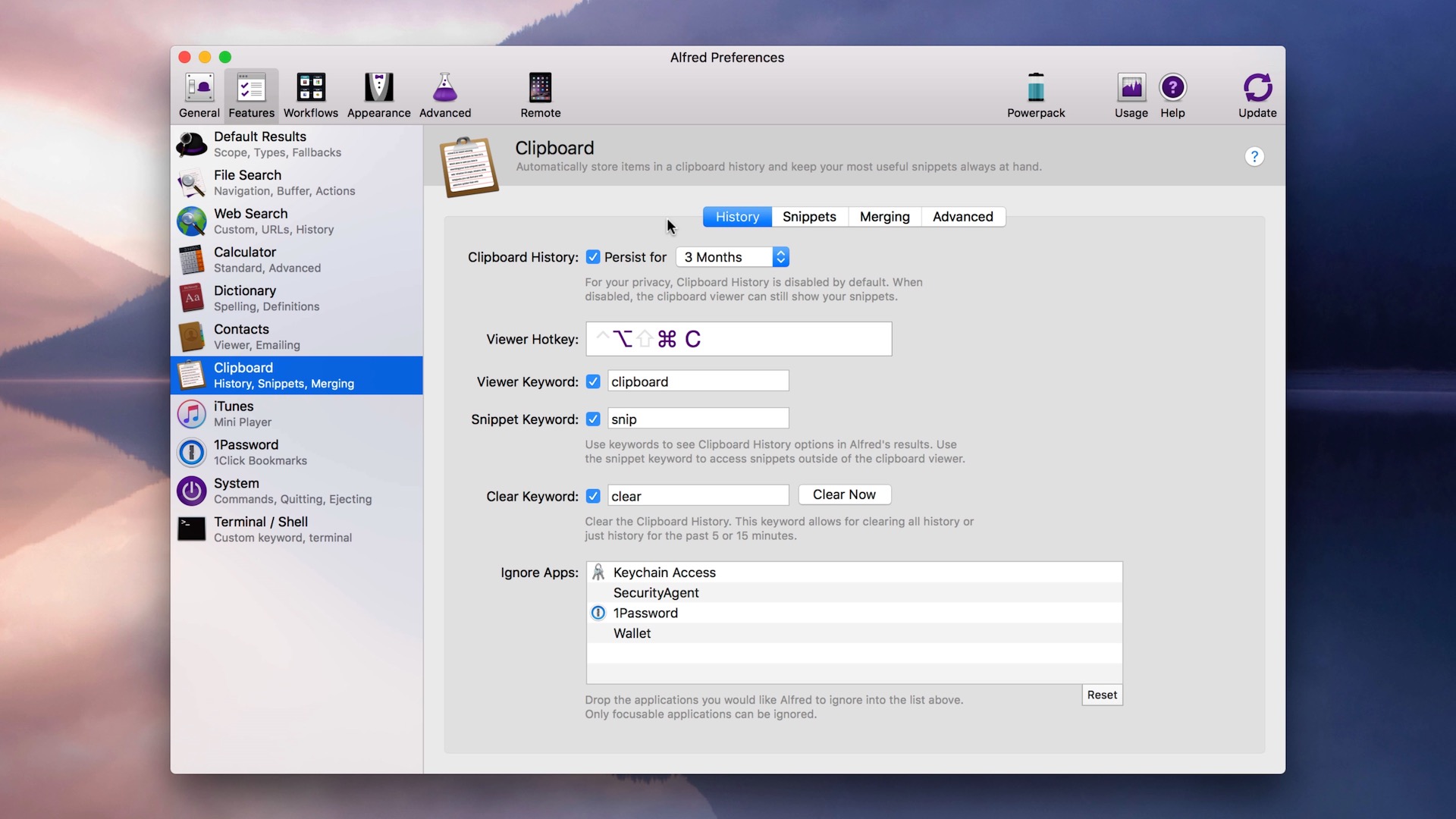 Outside of my web browser and Final Cut Pro X, I probably use Alfred the most. Alfred is a launcher utility that can outright replace Spotlight. But it’s capable of being far more than just a launcher. It’s a clipboard manager, a workflow utility, and custom search engine — and that’s just the tip of the iceberg. Alfred 3 is free, but you’ll need the paid PowerPack upgrade to take advantage of all of the app’s amazing features. 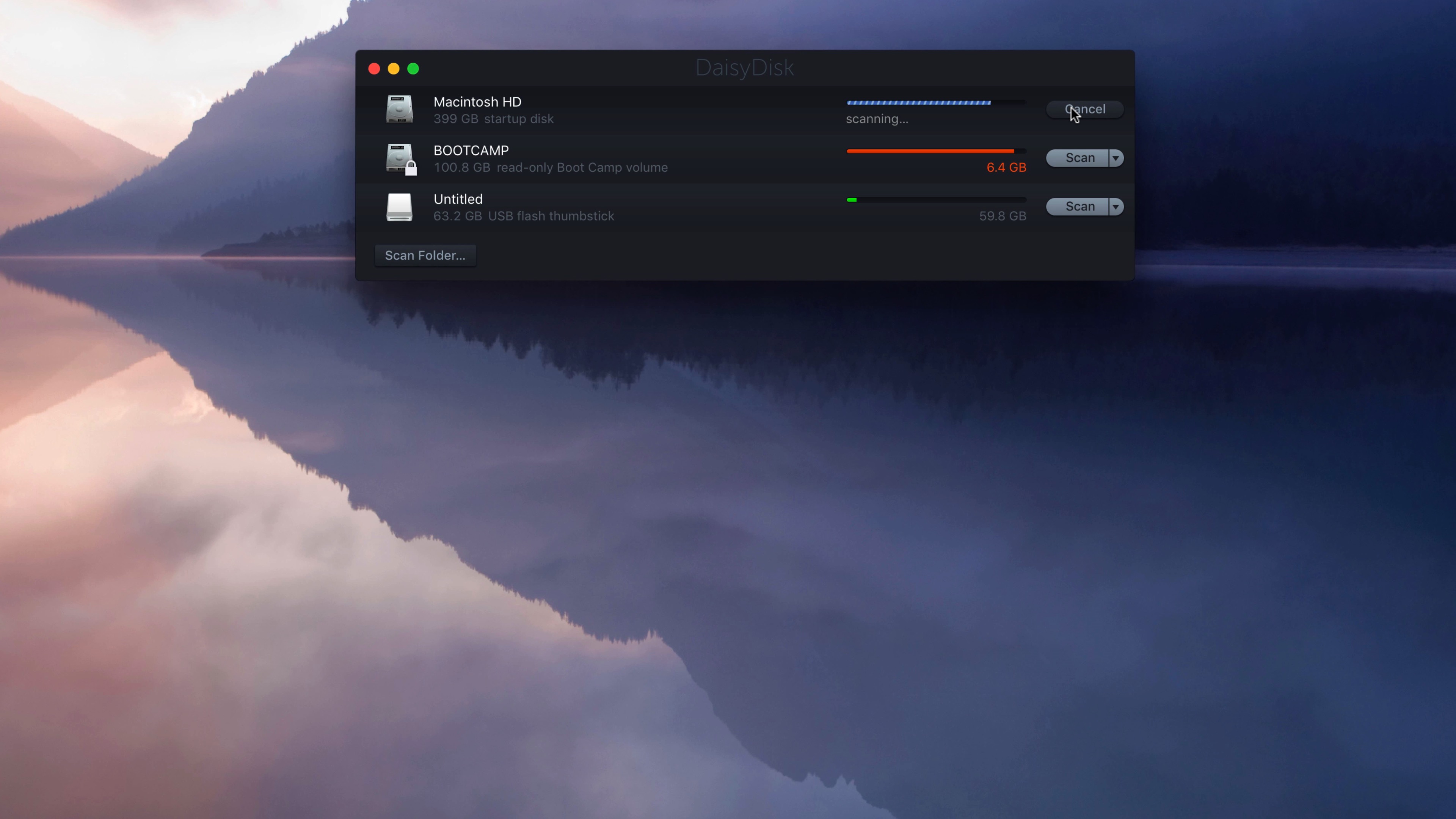 I’m a visual learner, so I appreciate DaisyDisk’s visual map representation of my Mac’s storage. macOS includes a built-in storage management utility, but I find that my brain works much better when assisted by DaisyDisk’s beautiful UI.

What are some of your favorite Mac apps? Are there any under-the-radar apps that you think more people should know about? Please share your favorites in the comments section down below.

If you missed last week’s edition of Friday 5, be sure to catch up and watch its corresponding video.