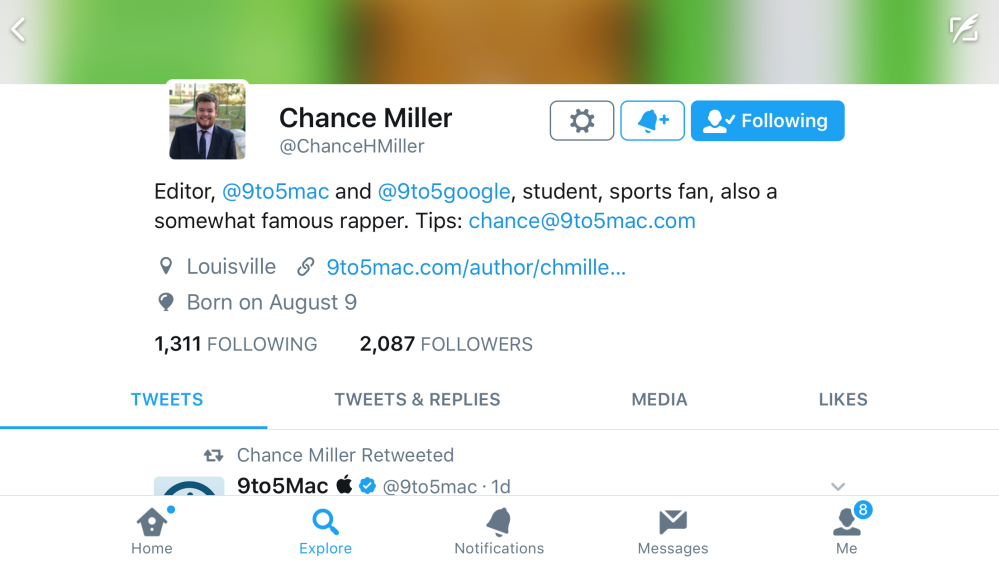 Over the past few days, Twitter has gradually started rolling out a new profile interface for its iOS app. While it’s unclear how many users currently have the new interface, it first started appearing earlier this week.

The new profile interface, as you can see in the screenshot above, streamlines the interface of the tabs along the top. Additionally, the redesign breaks the what was previously just a “Tweets” tab into two different feeds: “Tweets” and “Tweets & Replies” feed.

The “Tweets” tab shows only original tweets sent out by a user. You won’t see a user’s replies to other tweets in this tab, as those are saved for the new “Tweets & Replies.”

The new profile interface is akin to Twitter’s interface on the web, which separates replies into their own tab, as well. This move makes it easier to quickly get an overview of a user’s profile without having to sift through their replies to other users, but also ensures that you can see replies if you desire to do so.

At this point, it’s unclear as to how many users to which the interface has rolled out. It’s likely that Twitter is still A/B testing the design and will roll it out to all users within the coming days. To ensure that you receive the new interface as soon as possible, you can download the latest version of Twitter for iOS from the App Store.

Are you seeing the new profile interface in Twitter for iOS? Let us know down in the comments.