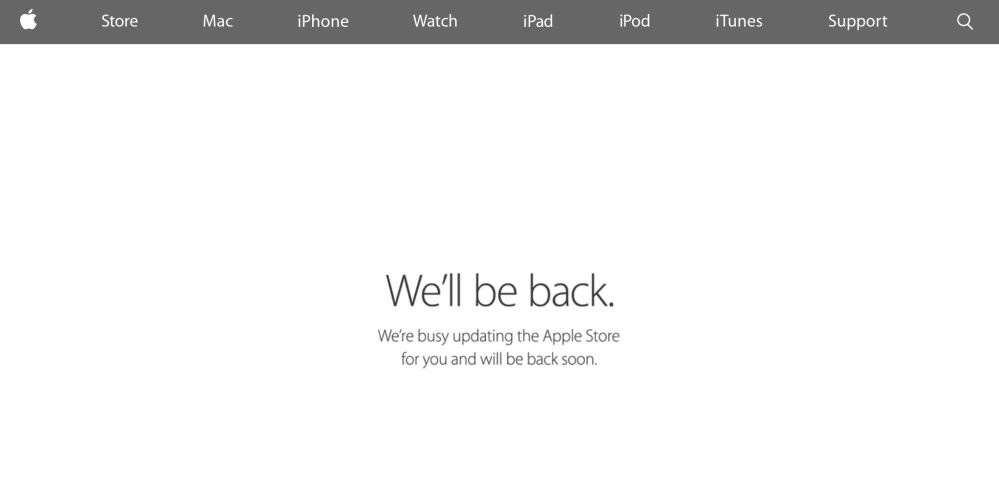 While this could turn out to be nothing at all, there’s an interesting detail on Apple’s system status page: the Apple Online Store is scheduled to go down tomorrow from 12:00 am to 5:30 am PT. Apple’s online store typically goes offline for several hours ahead of product refreshes.

Apple cites scheduled maintenance for the offline period, as MacRumors first pointed out, but the page specifies that the Apple Online Store “will be updated” which could mean either backend components or new product pages.

With so many products due to be updated at any point, the speculation that this could mean new product releases is warranted. Without specifying which products, MacRumors reported last week that trusted “supply chain analysts” believe Apple will release something new as soon as this week.

Apple has typically held a spring event in March to unveil new hardware and some have suggested such an event could take place in April this year instead.

Rumored new products include both 9.7-inch and 12.9-inch iPads as well as a rumored 10.5-inch model with new design. The current sizes are expected to be a minor refresh which may not warrant an event, however, while the new size would surely need stage time to present.

A red version of the iPhone 7 and a higher capacity iPhone SE are also expected. As we mentioned last week, a new color mid-cycle would be a first for the iPhone, so a press release without an event wouldn’t be surprising. Upgrading the iPhone SE to offer 128GB of storage is also a minor update.

Macs including both Retina iMacs and even the 12-inch MacBook are due for updates as well (not to mention the 2013 Mac Pro and 2014 Mac mini).

Last week the first signs of a new Apple TV running tvOS 11 was also spotted, although the new software version would likely not be revealed until WWDC 2017. 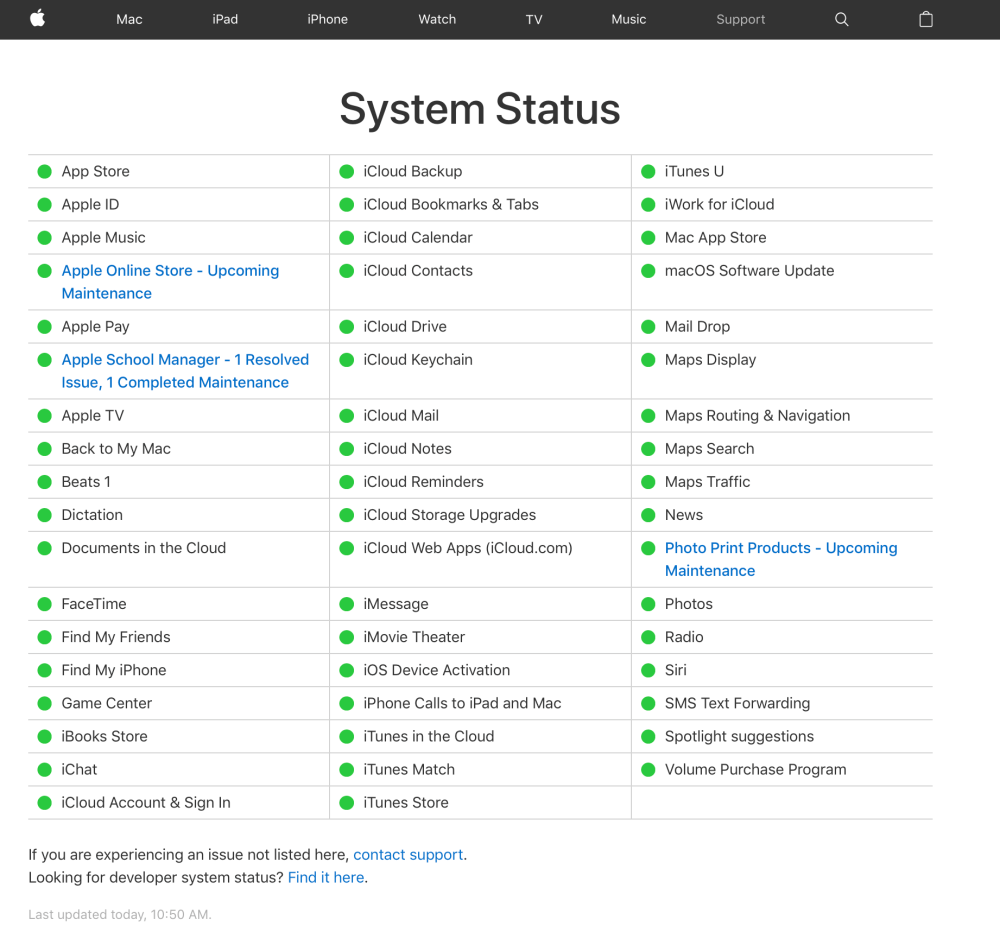 Apple also lists Photo Print Products as going offline during the same time which could be related to the same infrastructure or suggest the maintenance is not related to new products. Apple refreshed the design of its system status page last month with the new layout that highlights ongoing, upcoming, and resolved issues.