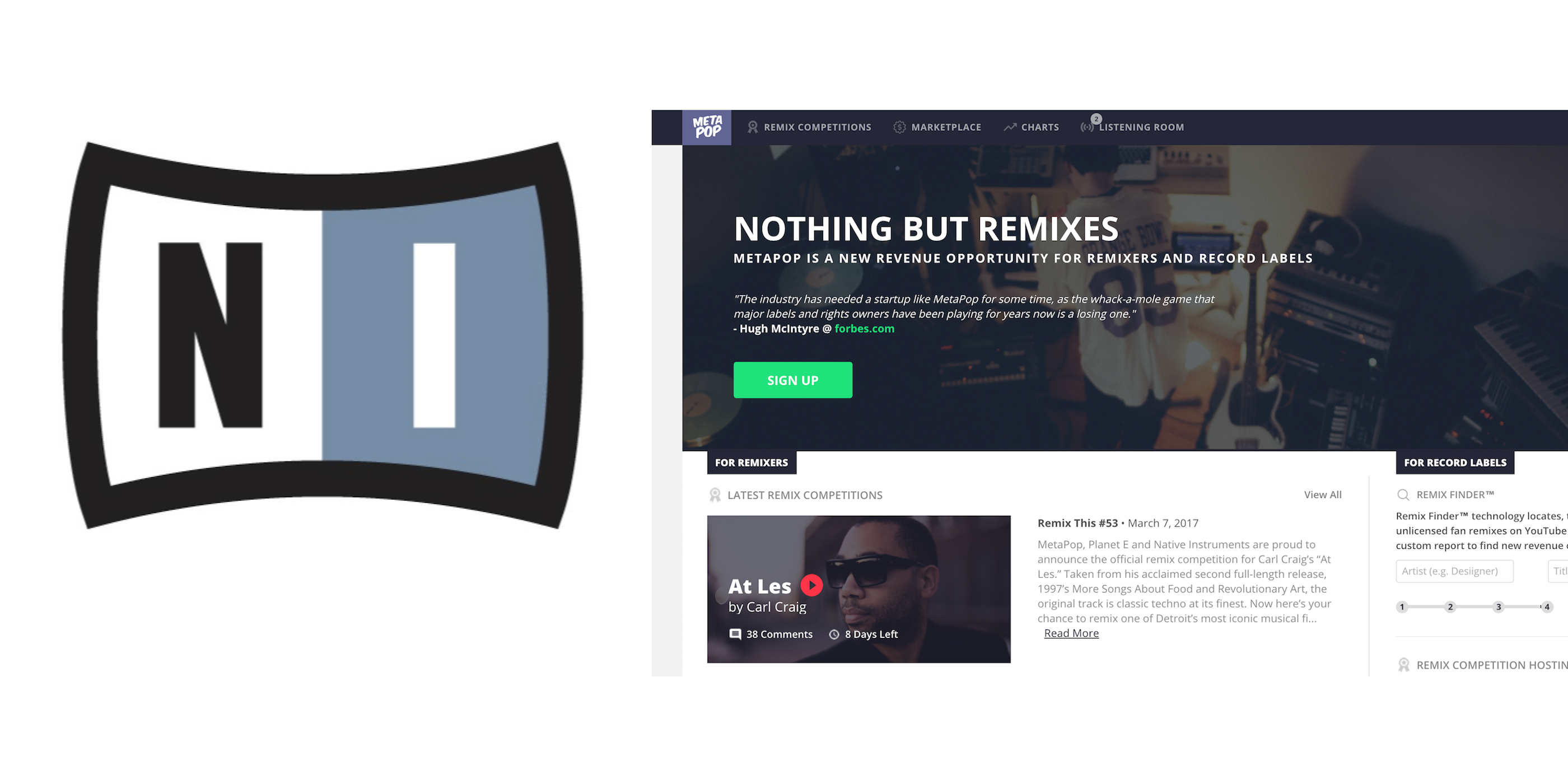 As SoundCloud reportedly continues struggling and considers selling, one of the leaders in electronic music software and hardware just acquired a music and remix streaming and rights management platform called Metapop. It also hired former CEO of online electronic music store Beatport. That is notable for a few reasons.

First off, Native Instruments might not be a household name to the average Mac or iOS user, but it’s a trusted name to the artists using its software to create music. Its synth, DJ and audio production software has become a staple for electronic and hip-hop music producers and DJs. So the idea that it might create tools for artists to stream their work and monetize it from the same place its being created is interesting to say the least. The big focus here is remixes and unofficial content…

Soundcloud, which has long been a home to DJs, indepdenent artists, remixes and other content that has traditionally had a hard time getting into the major streaming services like Apple Music, is struggling. Spotify is also seemingly attempting to tap into that world, most recently with an acquisition of Sonalytic that many have speculated could allow it to better detect and pay for songs used in unofficial remix content. Apple too inked a deal with a company called Dubstep for unofficial single-track remixes, showing its ambition to bring over the not-so-mainstream content usually found on Soundcloud to Apple Music. And that’s exactly what Metapop does:

The company has a technology it calls Remix Finder that it claims “locates, tracks and monetizes unlicensed fan remixes on YouTube and SoundCloud.” It also has a community website with a marketplace, remix competitions, and charts.

To help, Native Instruments also hired the former CEO of Beatport, another online music platform that like Soundcloud existed primarily as a place for DJs, remixes, and independent artists to sell music direct to their listeners with a focus on electronic music.

While Apple Music and the other streaming services are attempting to make progress in getting access to remixes and other unofficial content, there still hasn’t been a compelling alternative to Soundcloud for artists and especially independent artists and DJs. Apple Music’s Connect features aren’t cutting it and it’s clear Native Instruments sees an opportunity and thinks it can offer better tools for the artists it already has using its products.

Berlin 28th March – Native Instruments today announces its acquisition of the music platform and remix rights management company MetaPop, a start-up focused on monetizing remixes for both the creators and rights holders.

MetaPop’s team will join NI from today to help shape the next generation of online services for music creators and performers.

Commenting on the acquisition CEO of Native Instruments, Daniel Haver said: “At Native Instruments we want to inspire and empower music lovers to express themselves, and in a very short time MetaPop has enabled thousands of new producers and remixers to do just that.

I’m delighted to welcome Matthew Adell to the team. I relished working with Matthew for several years while he was CEO of Beatport, of which Native Instruments was a shareholder and board member. With MetaPop and Matthew joining, we’re very excited to take our online offering to the next level.

The acquisition comes off the back of sustained global NI growth and cements a commitment to developing its U.S. presence, further building the 50 strong team in L.A. into a major innovation hub for the NI brand.

Matthew Adell added: “MetaPop was born from an ambition to redefine the world of remixing music. Joining Native Instruments opens up new doors to build on our shared vision, working alongside leading talent and world-class products.

We are excited to inspire even more creativity and revenue opportunities for our users and partners.”

MetaPop will operate out of the Native Instruments’ US office in L.A., CA.