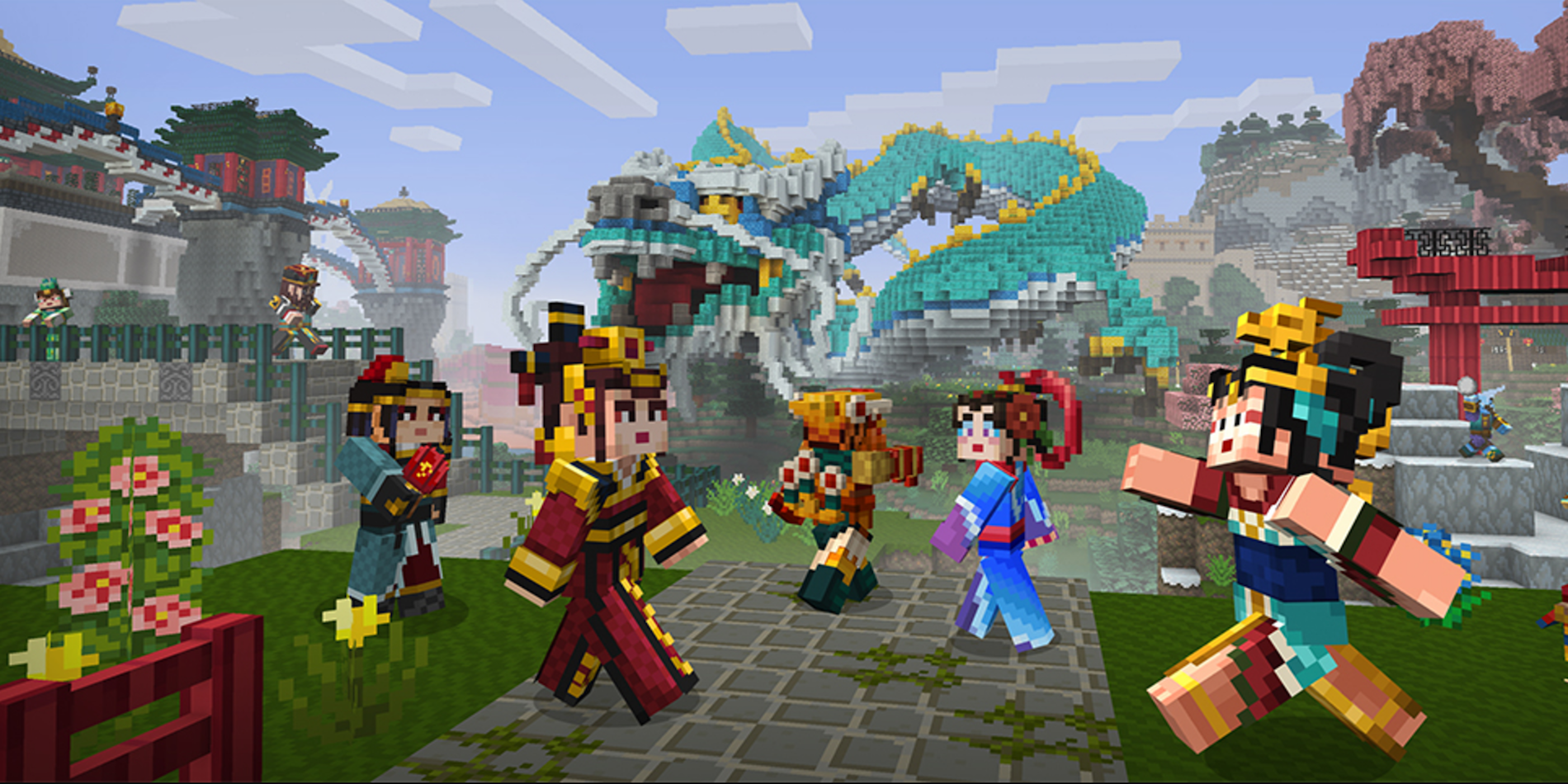 Minecraft Pocket Edition for iPhone and iPad is getting an update today that brings a new Chinese Mythology Mash-Up Pack and more. Included in the pack are 26 new skins, texture sets, and other goodies:

…a sprawling land of Eastern mystery, steeped in history, danger and cherry blossom. Explore ancient cities! Behold giant pandas! Marvel at dragons! There are 26 new skins that go with the pack, along with a gorgeous new texture set that transforms building blocks with bright and beautiful patterns, and turns weepy ghasts into grinning demons.

The pack also includes an original soundtrack from Gareth Coker— the Minecraft blog profiled the making of the music a couple of months back. The soundtrack is available to purchase separately and stream on Spotify.

In addition, the update brings a handful of other fixes and improvements, including:

The Worlds section has been added to the Store, featuring the free Redstone Mansion map! Meanwhile, skeleton horses spawned from traps can now be tamed and ridden, the jump range of slimes is now correct, baby mobs once again make idle sounds, snow golem pumpkin heads will now properly scale with Add-Ons and we’ve finally fixed the bug with the game failing to start on some Android devices.

The updated Minecraft: Pocket Edition for iPhone and iPad, version 1.0.6, is available on the App Store now. A full list of changes in the release is here.

Today’s news follows an announcement from Microsoft yesterday that the Pocket Edition of the game will soon be launching a new community-driven Marketplace, allowing players to buy and sell in-game content. That feature is expected to arrive later this spring.