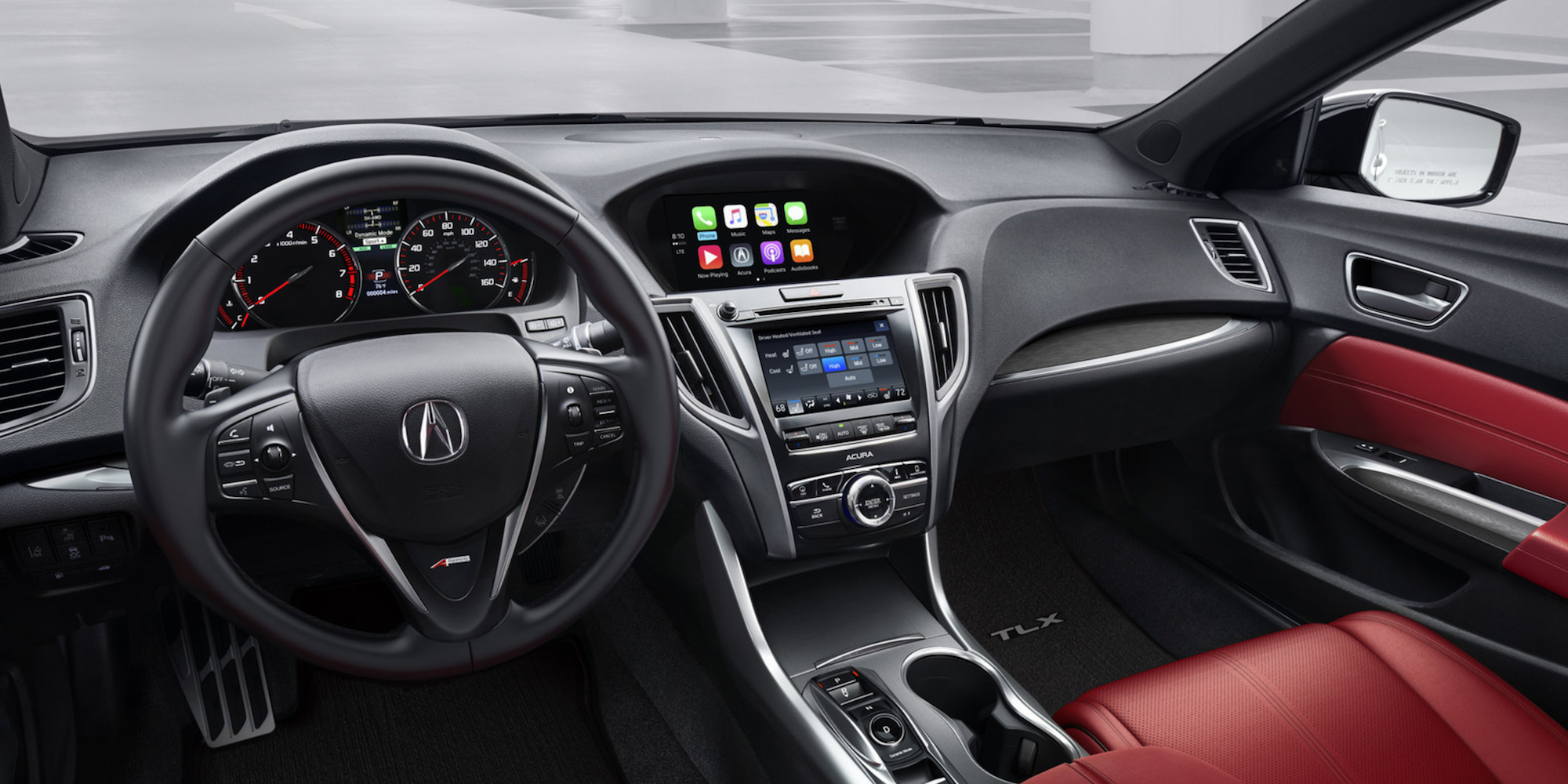 The New York International Auto Show is about to kick off this weekend and that means the latest vehicle announcements for CarPlay, Apple’s platform for in-dash entertainment systems that allows app functionality using a connected iPhone.

Acura is showing off the first example of CarPlay that uses a dual-display setup with the latest generation of its On Demand Multi-Use Display. And Hyundai, Jeep, Honda, Lincoln and others are introducing new vehicles with support.

Head below for a first look:

Based on the Acura Precision Concept from last year, the new 2018 Acura TLX follows the 2017 NSX as the company’s next vehicle to get CarPlay standard. It will have a 7-inch capacitive touchscreen and also be Acura’s first vehicle with CarPlay (and Android Auto) to support its “On Demand Multi-Use Display (ODMD 2.0) interface.

That means dual display support, with Acura’s system positioning a touchscreen underneath a second display at optimal eye-level (pictured above). The new 2018 TLX goes sale in June in the US.

Hyundai’s latest vehicle that will come with CarPlay is the 2018 Sonata, also on display this week at the New York International Auto Show. The vehicle comes with a “a standard seven-inch color display audio touchscreen,” a Qi standard wireless charging pad, and a new second row of USB ports. No details yet on availability.

The redesigned 2018 Sonata enters the market with a new look from the front, side and rear thanks to a “cascading grill,” a more assertive profile and an entirely new rear; showcasing a clean and handsome approach with reimagined, slim taillights…. For the top-of-the-line powertrain, there’s even more. The 245 horsepower 2.0-liter turbocharged engine now includes an eight-speed automatic transmission, which adds ratio range at both the top and bottom of output speeds. The eight-speed allows for extra thrust off-the-line and a quieter, more fuel-efficient dash down the interstate. The 2.0-liter turbo models roll on 18-inch wheels, now with Michelin tires.

The new 707-horsepower 2018 Jeep Grand Cherokee Trackhawk has a supercharged 6.2-liter V-8 engine and the company says its “the most powerful and quickest SUV ever.” It will also include CarPlay stock via its Uconnect system and 8.4-inch touchscreen (pictured above).

Injected with an unmatched 707 horsepower courtesy of an awe-inspiring supercharged 6.2-liter V-8 engine, the most awarded SUV ever and the most capable full-size SUV on the planet has been transformed into the most powerful and quickest SUV ever.

The Lincoln Navigator is getting a new 2018 model, unveiled earlier today, and inside is Ford’s SYNC 3 platform with support for CarPlay, Slingbox support, and other tech comforts.

First announced last month, officially launching this week at the NY Auto Show is Honda’s new Clarity Plug-in Hybrid and Clarify Electric models, both of which include CarPlay standard. And both models will launch at dealerships sometime later this year. More details over at Electrek.

Another vehicle that we previously told you about is making its official debut at the show this week, the Mitsubishi 2018 Outlander Sport. The vehicle comes with a 7 inch Smartphone Link display and audio system to support CarPlay in every configuration of the vehicle. It will arrive at dealerships this fall.

Stay tuned for updates as we add more vehicles announced at the NY Auto Show this week.