WWDC Wishlist: How Apple Watch could improve with watchOS 4 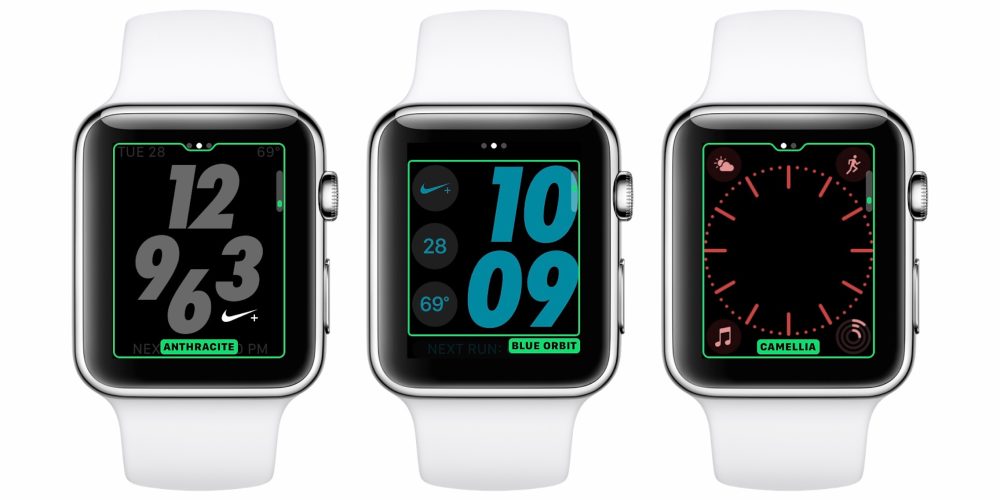 WWDC 2017 is just around the corner and we’re eager to see what Apple has planned for watchOS 4 and Apple Watch. While we don’t expect to see an update that addresses every opportunity left for watchOS in one year, there are certainly a lot of areas ripe for improvement considering how new Apple Watch and watchOS are. Read on for our watchOS 4 wish list below and share your own ideas in the comments.

Ultimately voice and Siri may prove to be the most efficient way to interact with Apple Watch, but I still prefer a user interface that I can tap around for a lot of tasks. watchOS 2 brought Apple’s Reminders app as a list, for example, after watchOS 1 relied on Siri for adding entries to Reminders and punted to iPhone for viewing that list.

watchOS 4 could do the same with Apple’s Notes app. You can already use Siri to create or add to text notes, but there’s no way to see Apple Notes on Apple Watch which could be very convenient. Notes can contain text, images, maps, and more elements that are viewable in other apps (and you can view email on Apple Watch) so there’s no technological barrier here.

Speaking of missing apps, I’m really hoping this is the year we see Apple’s Podcasts app come to Apple Watch. You can receive alerts for new podcast episodes on watchOS, but you can’t do much else with podcasts from Apple Watch. Remote playback would be a start, but ultimately the goal would be syncing and offline playback. Playing audiobooks from iBooks is another opportunity, but both might require cellular connectivity and streaming to be done well.

Find My iPhone is another missing app from watchOS, although you can already ping your connected iPhone from Control Center. You can’t ping AirPods, however, even though iOS 10.3 made that possible from iPhone. Apple could add AirPods pinging to Control Center, but that screen is already overly busy (more on that in a bit). A dedicated Find My iPhone app that looks something like Apple Watch’s Find My Friends app could scale better and even map and locate other devices like iPads and Macs.

watchOS 4 can also improve the apps that are already included on Apple Watch.

Take Calendar for example. The app has improved in recent updates, but Calendar is still limited to showing just current month view. You can’t scroll back and see March if it’s April, and you can’t scroll forward and see May either. Some constraints may be necessary on current hardware, but ultimately the Calendar app should be as flexible as the iPhone app (or limited to a single year at a time, not month, if needed). Apple’s Activity app could also be more comprehensive. This is one area where I do expect to see improvements. Other sport watches can’t assume you have an iPhone paired so more comprehensive workout data is available on the watch itself.

Apple Watch does display a decent summary of post-workout data right after an exercise, but you need to refer to the iPhone after the workout is saved. This is one complaint health and fitness device reviewers still have with Apple Watch despite the focus on activity tracking with watchOS 3 and Apple Watch Series 2.

watchOS 3 was a big step forward in usability thanks to speed improvements and a rethinking of how navigating much of the system should work. That included the introduction of Control Center in place of Glances which had some of the same functionality, but this move wasn’t entirely a step forward.

For example, Now Playing is now an app in the Dock that requires a button click and usually some swiping and a tap to access when it was previously a swipe up in most cases. The easy solution here is make Now Playing a swipe over from Control Center similar to how it works on iPhone.

Volume control is also something that can be improved in watchOS 4, especially with AirPods becoming popular. There are a lot of ways volume control could improve throughout watchOS, but the easiest solution to me would be making the Digital Crown the volume control when the proposed new Now Playing card is added to Control Center. Control Center could also benefit from a general rethinking in watchOS 4. Adding new functionality makes the current single screen Control Center rely on scrolling on any size Apple Watch. The AirPlay toggle to connect to AirPods, for example, is the bottom option which requires scrolling. I rarely use some of the other buttons that are placed first but use AirPlay daily during workouts. Media syncing is another area that could benefit from improvements as I’ve written about before. Syncing music is limited to a single playlist and has odd storage and track number limitations that don’t make much sense (you can’t use all free space for syncing music). Again, cellular connectivity and streaming may be the easiest solution to these problems, but there’s some improvements that could be implemented in the meantime too.

I would also love to see Apple push developers to revisit their Apple Watch apps now that watchOS has matured and improved greatly since day one. A lot of Apple Watch apps from big name companies like Twitter and Instagram haven’t changed since launch but could benefit from using new watchOS features. More evangelizing or incentivizing developers could be a benefit for consumers.

Personalization and customization is one of Apple Watch’s strongest features, and there are even more opportunities in this area going forward. watchOS 3 introduced new Apple Watch faces including Activity Digital and Numerals after watchOS 2 brought new photo watch faces.

Third-party watch faces on the Apple Watch could be as big as third-party apps on the iPhone if the right tools are in place and flexibility is allowed. Finally, watchOS 4 could improve customization by adding the ability to have custom tones for alerts like new messages and phone calls. You can already do this on iOS of course, but watchOS doesn’t offer the flexibility. This is something I regularly see readers mention and one of my first complaints when first using Apple Watch at launch.

Apple could provide a preset list of tones for different alert types or go even further and let you pair specific alerts with specific contacts like on iOS. For example, I had different tones for my wife and mom than other contacts on iOS before I used Apple Watch. Now all alerts have the same tone regardless of which contact on Apple Watch.

What would you like to see on Apple Watch with watchOS 4? Let us know in the comments and stay tuned for more coverage going in to WWDC 2017 on June 5th!