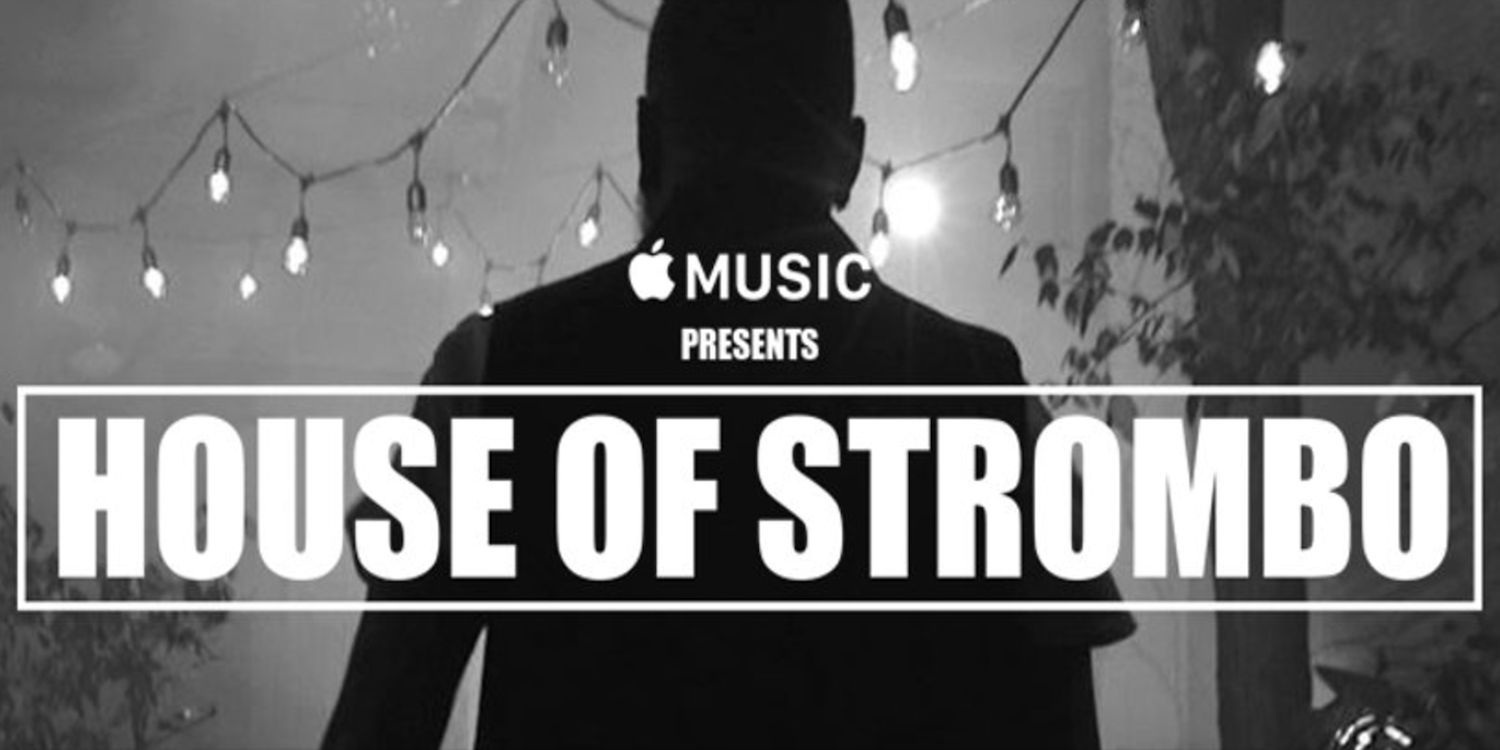 Premiering with a first episode today, Apple Music is launching a new concert series called “House of Strombo” hosted by Canadian TV and CBC radio personality George Stroumboulopoulos. The new series will include house party-like live performances from the host’s home in Toronto, Canada and will include videos of the concerts on Apple Music, as well as interviews with artists and behind-the-scenes content.

Apple Music host and creative director Zane Lowe officially announced the show today on Beats 1 during an interview with Stroumboulopoulos.

The first episode of the new House of Strombo performances will debut today with 10 episodes total planned for the new series.

For now it appears the 14-minute video segment for the first show, which includes a performance and interview with Canadian group A Tribe Called Red, is being promoted in the “Browse” section of Apple Music under the banner “Strombo,” where the host also curates playlists and other content. You can also view the first episode of House of Strombo embedded below.

More from The Globe and Mail:

A spinoff of Stroumboulopoulos’s Sunday-night radio broadcast The Strombo Show, the standalone House of Strombo will kick off today with a living-room performance by A Tribe Called Red, the Ottawa-based First Nations DJ collective. Produced by the American entertainment company Anonymous Content and Stroumboulopoulos’s own Son House Productions, House of Strombo will also feature video segments, artist interviews and behind-the-scenes access.

The videos for the show are in the Connect section of the Strombo page, opposed to the music videos section of the Apple Music app, and can also be seen on YouTube. The host previously had a similar show featuring live performances from his home in Toronto known as the Strombo Sessions, which can still be viewed on YouTube alongside clips and full episodes from the new Apple Music show. Stroumboulopoulos is perhaps best known as being a host on long-running Canadian TV network Much Music but has since had a number of high-profile gigs on CBC, including a still running weekly CBC Radio 2 show, CNN and other networks.

Longer half an hour versions of the episodes also appear on a YouTube channel for the show:

Apple’s approach to video on the Apple Music service hasn’t quite come into focus yet although it appears to be stepping up efforts for original content in general. It’s already announced two original TV show series– Carpool Karaoke and Planet of the Apps– coming to the service starting this month. Those shows will likely come alongside a new TV & Movies section for the app that the company previously teased, which should give original shows like House of Strombo a place to live within Apple Music outside of curator and artist Connect profile pages. Check out our breakdown of what’s next for Apple Music and Beats 1: Original content, revamped apps, more Beats, live events & much more.