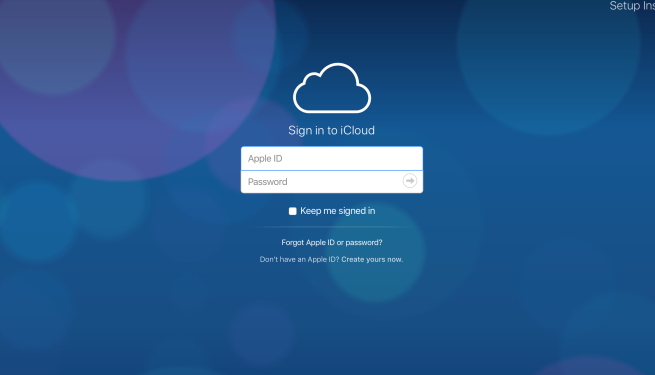 Apple likes rolling out changes to iCloud.com at seemingly random times throughout the year. Today, it’s updated the iCloud.com background from a static blue-yellow seaside gradient to a moving animation that tracks your mouse cursor and mimics the blue Dynamic Wallpaper on iPhone and iPad, which Apple quickly ignored after its introduction in iOS 7.

The new wallpaper applies across the iCloud.com site, affecting the login screen and app launcher. There does not appear to be any changes to the iCloud web apps themselves in either functionality or design.

What’s really funny about this update is that iCloud.com used to use a dynamic wallpaper until it changed to a static one in 2014. The previous dynamic wallpaper was not identical to this one, it used lighter shades of blue, but it’s amusing to see Apple switch it up on its web apps with the dynamic wallpapers on iOS itself remaining untouched since their introduction.

Is Apple invested in dynamic wallpaper again? Will we see a renewed focus on motion backgrounds with iOS 11? Potentially, but it’s very unlikely to be linked to the iCloud.com change. The iCloud web portal almost feels like its own island.

In terms of other changes iCloud.com has rolled out with seemingly no connection to an overall strategy, the Home screen was rebranded as ‘Launchpad’ in late 2016. It also added Time Machine-esque functionality in 2015 with very little fanfare, allowing users to restore deleted iCloud Drive files through the web interface. To date, there is still no native way to restore deleted files from iCloud in macOS or iOS.

Thanks to Steve Gadeley for the tip.