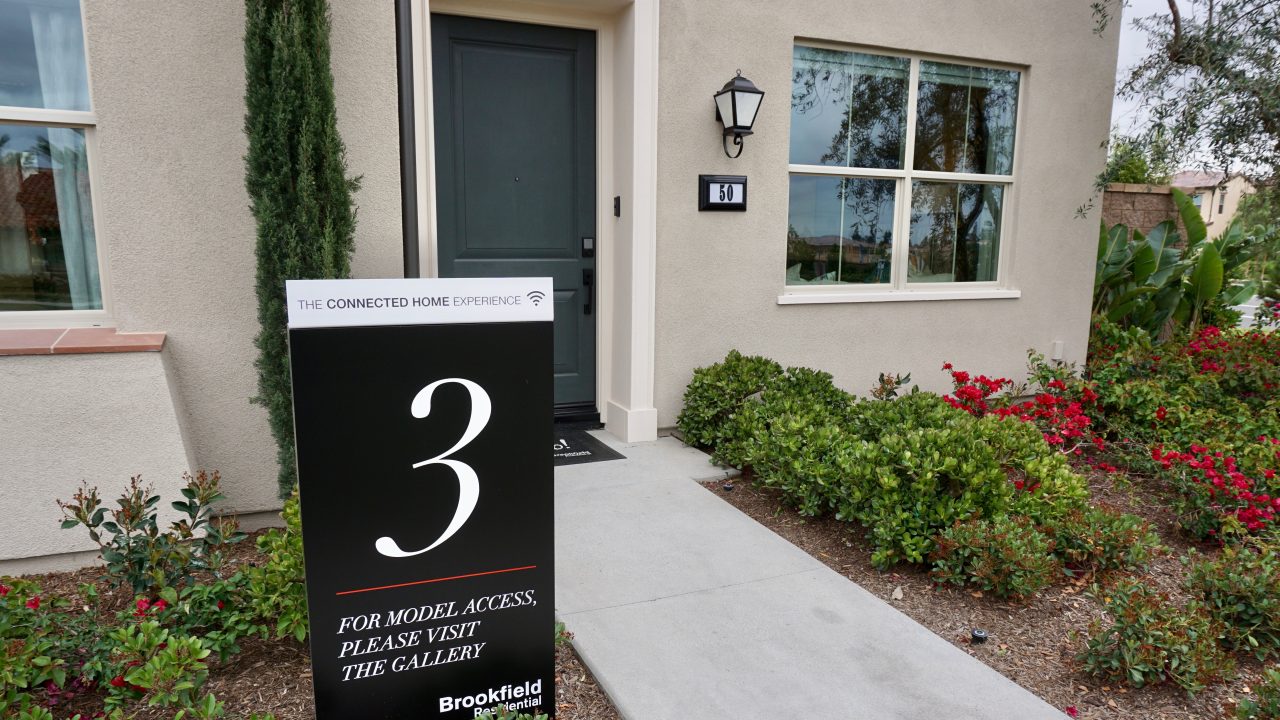 We reported last week that developer and homebuilder Brookfield Residential announced that it will begin including HomeKit accessories in new homes it’s building as a standard feature, starting in Southern California.

Now we’ve taken a tour of Brookfield’s Apple-based connected home at Delano at Eastwood Village in Irvine and were able to meet up with Brookfield’s COO, Adrian Foley. Keep reading after the break for a look inside and to learn more about this forward-thinking homebuilder.

Brookfield has plans to bring its connected home integration to seven developments across San Diego, Orange, and Los Angeles counties. The first development to feature the standard HomeKit package is Delano at Eastwood Village in Irvine. The luxury townhomes with pre-installed HomeKit products will give ‘turn-key’ a new meaning with homeowners having access to their door lock, lighting, thermostat, and more, all from Apple’s Home app on iPhone and iPad and with Siri and Apple Watch. The particular HomeKit products (and wireless router) being installed standard include:

Homebuyers also have the option to upgrade the included standard HomeKit accessories with Lutron’s Triathlon smart blinds, and Brookfield may offer Ring Video Doorbells as an option in the future.

Brookfield Residential has taken a thoughtful approach in bringing its connected home to fruition. The company utilized beta testing with its team members and current homeowners to gain feedback on both their experiences as well as product quality and reliability.

Schlage’s Sense Smart Deadbolt will please both the tech savvy and those new to home automation with HomeKit, Bluetooth, touch keypad, and also traditional key functionality.

The choice to use Lutron’s switch-based Caseta products provides a smooth and friendly user experience as it eliminates the potential frustration with accidentally turning off wall switches and losing your connection with Philips Hue setups (although at the expense colored bulbs).

Another smart move on Brookfield’s part is offering homeowners tech support. Alongside bringing its connected HomeKit homes to market, it has created a tech support portion within its customer care department.

Brookfield Residential has a unique approach with self-led tours (after stopping in at the sales office) for those interested in checking out its Delano connected home. HomeKit is fully functioning in the model home with an invitation to give it a try by the front door using a mounted iPad with Apple’s Home app.

Each of the HomeKit products are labeled throughout the townhome (pictured below) so anyone touring it will understand the value of the different accessories and how they work.

Mr. Foley shared that Brookfield chose Apple’s HomeKit with security and privacy at the core of the platform decision. The company likes Apple’s deliberate process for determining approval for HomeKit products, and ultimately believes HomeKit will have the most security, privacy, and highest quality products in the smart home market.

Foley added that Brookfield sees the standard HomeKit package as a basic starting point and the company is looking to gather feedback from homeowners and implement new products and technology moving forward.

While HomeKit and home automation in general hasn’t yet been widely adopted, I think Brookfield’s approach may start to move the needle in three ways. First, the company’s implementation introduces less tech-savvy folks to the capabilities and value of HomeKit with a support system to help along the way. For savvy customers, Brookfield is offering a great jumping-off point to build a more robust home automation setup. It will be easier to invest in the ecosystem when baked into a house’s purchase price; buyers shouldn’t even notice an increased cost versus a comparable new house without HomeKit.

Second, with HomeKit planned for seven new Brookfield home developments in California, I think it’s likely that other developers are going to take note and follow suit (when building/buying a new home, you already have the cost of a standard lock, thermostat, lights, etc. and is the best time for both builders and buyers to install smart home products).

Third, as homeowners and homebuilders are implementing HomeKit products more often, we’ll see third-parties more regularly releasing products and updates to provide growing features and capabilities that will provide more value in having a connected home.

With a solid base HomeKit package as a standard feature and a strong vision for the future, there’s no doubt that Brookfield Residential is on the leading edge of home automation and we’re eager to see the company’s vision evolve over time.

To check out the connected home at Delano at Eastwood Village for yourself, take a look at the information below:

Video shot on iPhone 7 Plus with DJI Osmo Mobile gimbal