Thinking of buying an Apple Watch? 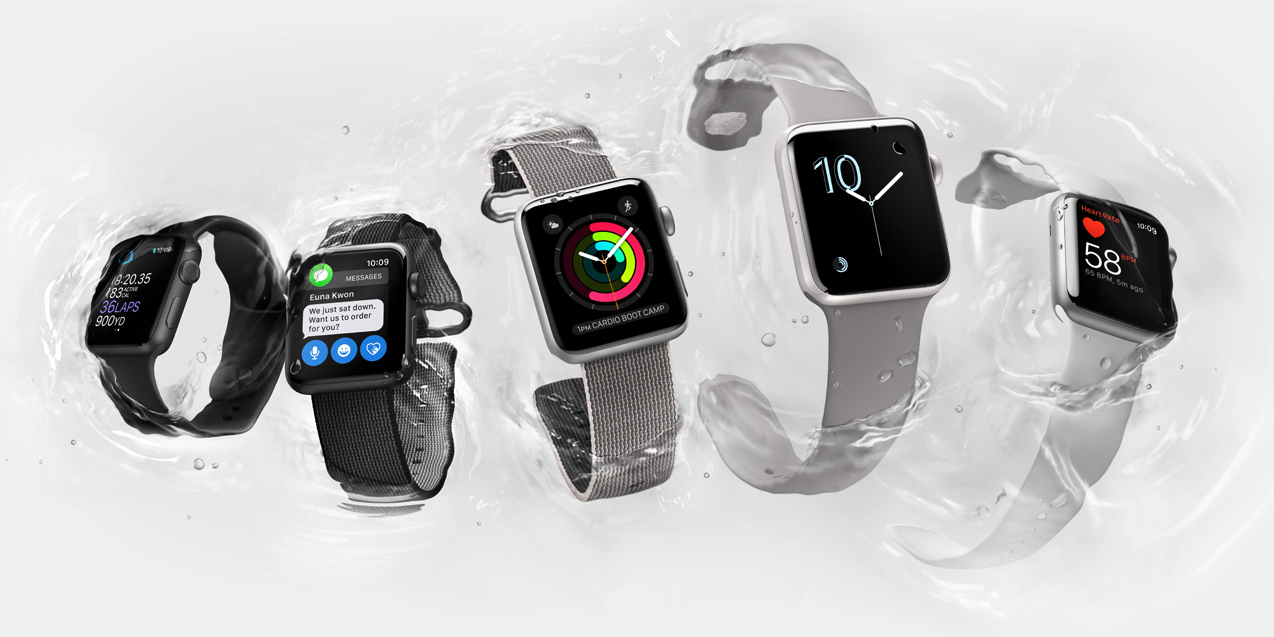 Whether you’re thinking of buying your first Apple Watch, purchasing one for someone else, or upgrading your existing one, there are a lot of choices when it comes to the latest Apple Watch options. Let’s take a look at some of the most frequently asked questions about Apple’s wearable and comparing the different models…

The original Apple Watch was released in April 2015, which the company calls Apple Watch 1st generation (or Series 0). If you’re thinking of buying an Apple Watch at this point, you’re best bet is sticking with a Series 1 or Series 2 model instead of a used 1st gen. model.

How much does an Apple Watch cost?

The Apple Watch comes in a variety of configurations, but here are two main things to keep in mind, you have Series 1 and Series 2 that come in either 38mm or 42mm sizes.

With any of the Series 1 or Series 2 Apple Watches between $269-$399 you can pick your choice of Space Gray, Silver, Rose Gold, or Gold for the aluminum case. However, you don’t get to pick your band color, they all come with a pre-configured Apple Sport Band.

Moving up from the $269-$399 options you can choose stainless steel watch cases with different bands, loops, or link bracelets (all Series 2 Apple Watches), all of these options will change the Apple Watch price.

Apple also offers its Apple Watch Edition which has a white ceramic case and is the most expensive Apple Watch (also Series 2).

We’ll cover more on the differences between Series 1 and Series 2 in a bit, but keep in mind you can always buy bands, loops, straps, and bracelets for your Apple Watch at any point.

As long as you get the Series you want with the case material/color you’d like, there are lots of options when it comes to different bands. Apple Watch bands are universal and work with any Apple Watch model (just make sure it’s made for your watch size, 38mm or 42mm).

The good news is that both Series 1 and Series 2 feature an updated dual-core processor, Series 1 is just as fast as Series 2. The Series 2 just happens to feature an on-board GPS as well. This GPS is for tracking activity like hikes and runs without having to bring an iPhone for the GPS features.

Keep in mind both Series 1 and Series 2 will need a connected iPhone nearby to provide in-car driving directions on your Apple Watch.

Other differences come down to a few features:

My colleague Jeff Benjamin has taken a thorough look at comparing these models, read his full Apple Watch review here.

As far as the overall features, both Series 1 and Series 2 offer the same capabilities (except for the aforementioned differences) and both run the latest software, watchOS 3 (watchOS 4 coming later this year).

With your budget and preferences in mind along with this guide you should be able to narrow down which Apple Watch is right for you fairly easily. Be sure to check out our how to guide for more ways to get the most out of your Apple devices.