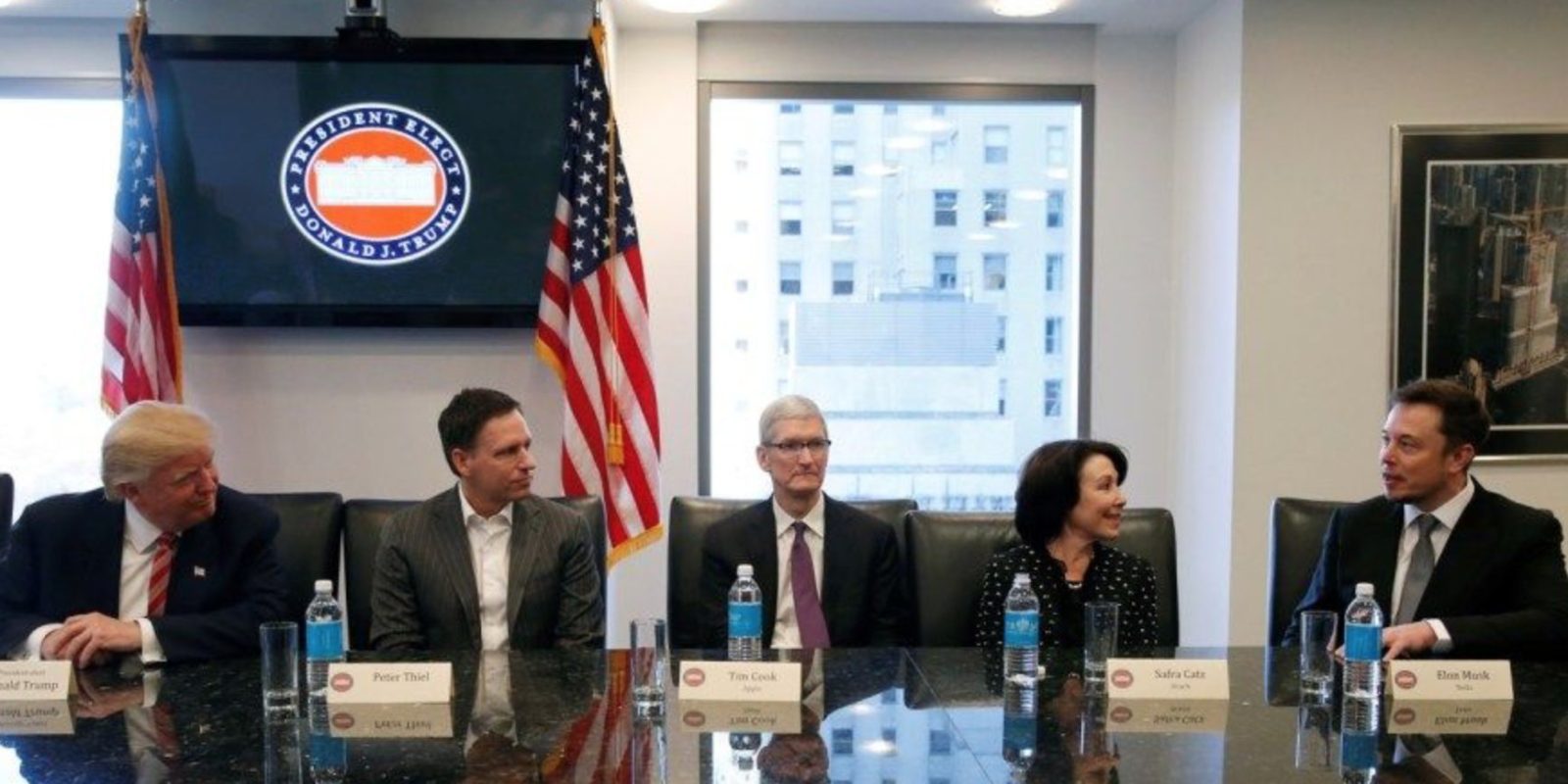 Apple is again said to make a visit to the White House in the coming weeks. According to a new report from Recode, Apple is among a handful of companies who will meet with White House officials next week to discuss modernization, big data, and high-skilled immigration…

The report explains that the meeting will include Apple, Google, Facebook, and other tech companies. It falls under the blanket under of the new American Technology Council, which is an effort initiated by President Trump to modernize government and citizen services and being led by Trump son-in-law Jared Kushner.

The meeting will focus on things such as using machine learning to tackle waste and fraud, and analytics. The White House is also said to have interest in an “exchange” program that would allow engineers to spend brief periods of time at the White House for a specific task.

Here is how the White House describes the American Technology Council:

American people should be able to interact with the government the way that they do with the best private-sector companies — through intuitive digital experiences that effectively solve problems.

The White House goes on to say that in their current state, many federal agencies offer a “very poor experience defined by outdated websites, unhelpful call centers, and thousands of pages of paper-based forms.”

With the help of Silicon Valley companies like Apple, the Trump Administration hopes to make government services “more intuitive, user-friendly, and effective.”

This meeting won’t be the first time Apple has made the trip to meet with Trump Administration officials. In December, Tim Cook traveled to Trump Tower to join a handful of tech executives in talking immigration, China, and job creation. Furthermore, Cook separately met with Trump son-in-law Jared Kusher and Ivanka Trump, a meeting for which Apple VP of environment, policy, and social initiatives Lisa Jackson was also in attendance.

While Apple and Cook have vocally opposed President Trump’s immigration actions thus far, Cook believes that it’s better to be in the game than on the sidelines, thus his reasoning for attending these meetings. This is something he explained in an open-letter to Apple employees.