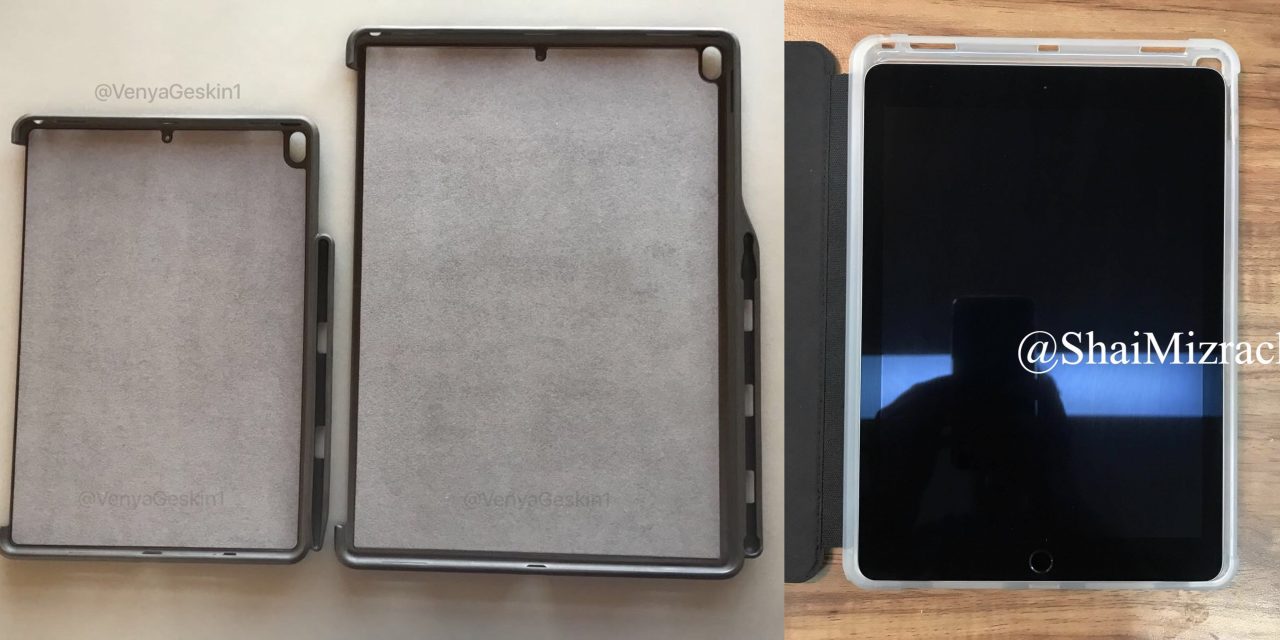 In line with that expectation, photos are now surfacing showing cases sized for the new 10.5-inch iPad. Similar to rumors for iPhone 8, Apple will shrink the bezels to fit a larger display in approximately the same physical chassis size as the 9.7-inch iPad Pro. A case for the 2017 12.9 inch model is also shown …

These photos come from different sources and the details seem to corroborate with each other. Most obviously, all three of the new cases include two new microphone holes compared to current iPad Pro hardware, one on the top edge and one centred at the top of the rear side.

The mics on current-generation iPad Pros are located on the sides of the device. The new holes return to the location first introduced with the iPad Air.

This mic layout is used by the $329 iPad that Apple launched in March (mics annotated here), as it borrows much of the iPad Air’s form factor. From these cases, it appears the rear mic is making a comeback this year and will be present on the 2017 iPad Pros as well. 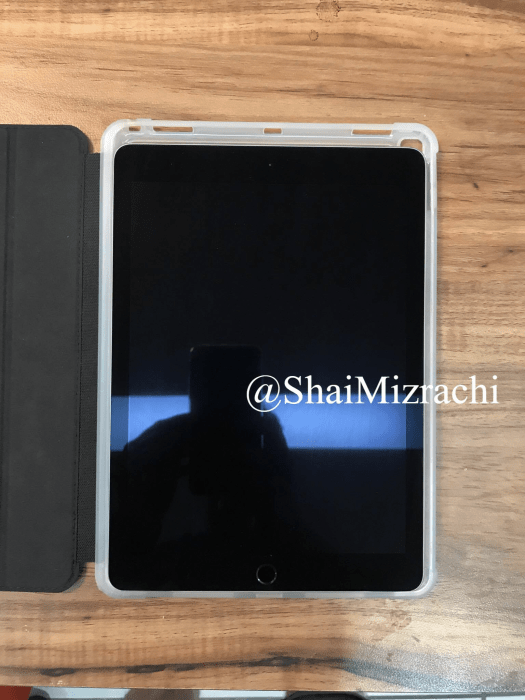 In the first photo from @ShaiMizrachi above, an existing 9.7-inch iPad Pro is placed inside a purported case for the 10.5-inch model. This neatly demonstrates the minor change in physical chassis size, despite the addition of an extra 0.8 inches of diagonal screen size.

In exchange for the larger screen and narrower bezels (which you’ll have to imagine for now), the case shows that the overall device will get a little taller and marginally wider.

Geskin’s photos depict wood and fabric cases for the 2017 10.5-inch iPad and 12.9-inch iPad, both accommodating the new top and rear-side microphones. He also echoes reports about the fate of the iPad mini, reporting that there is no 2017 iPad mini in the offing.