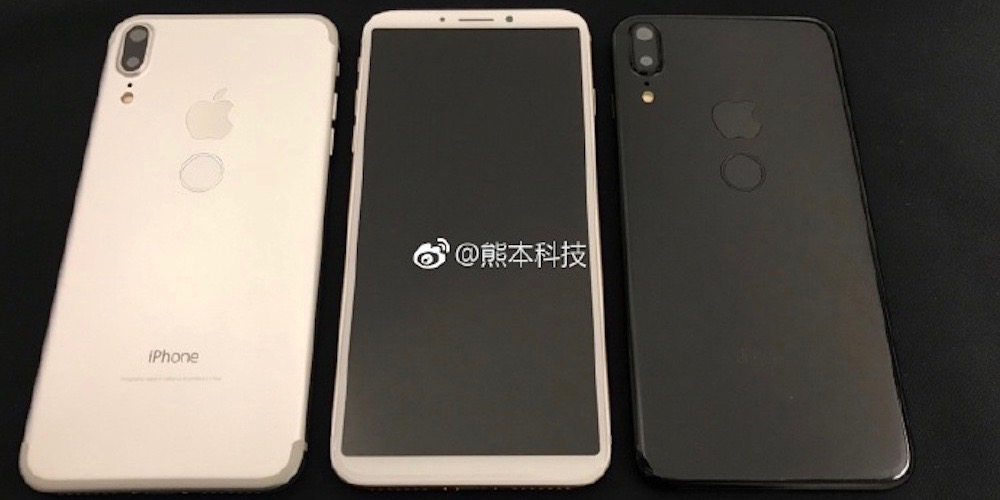 Two new sets of images claiming to show the upcoming design of the so-called iPhone 8 due out later this year have shown up in Chinese social media today. Both show the edge-to-edge display and vertical dual camera design as seen in previous schematics and dummy units, and the latest images show how the iPhone 8 could look in various colors…

The top image seen above appears to show the Touch ID finger print sensor located on the rear side of the iPhone just under the Apple logo. Reports and predictions so far have not settled on whether or not Apple will be able to mass produce new iPhones with Touch ID integrated into the front display.

Moving the finger print sensor to the back side as seen on several Android handsets has been suggested based on various schematic leaks and analyst predictions.

The new images seen above and below appeared on Weibo today and could be inaccurate depictions of how the iPhone 8 will look when it ships, especially if Touch ID is integrated in the front display. Other details to note include the lack of glass on the rear side when analysts predict the next generation iPhone will feature a glass front and back in part to accommodate wireless charging. These images appear to show the same jet black glossy finish on the black version while the white version includes silver and gold aluminum casing like the iPhone 6 through 7.

The front display also doesn’t appear to offer the expanded camera setup expected to ship on the iPhone 8 later this year, although these could be indicators of the design in an early stage. Back in April, schematics leaked claiming to show one version of the iPhone 8 design with a similar look as these units.

Separately, another image shared (via mobilexpose.com) shows what may simply be fan-made renders based on rumored specs, but in four colors including black, silver, white, and gold. Conspicuously missing is the popular rose gold finish and the layout of the image looks similar to recent iPhone 7 and iPhone 7 Plus promotional material. At any rate, you can see this image (without rear Touch ID) below: 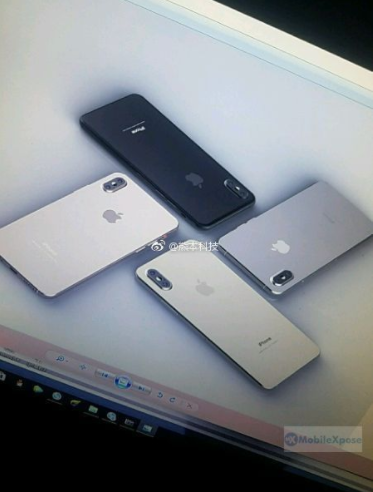