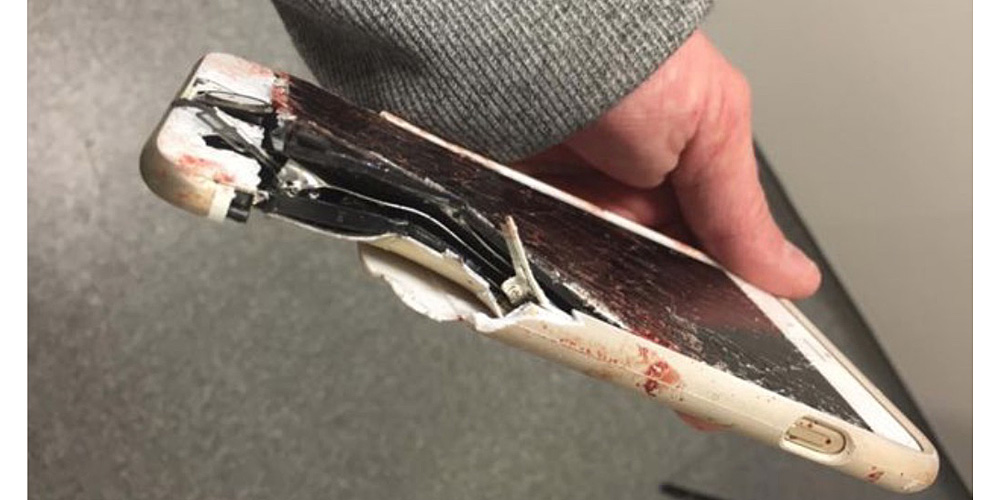 An iPhone has been credited with saving the life of a woman badly injured in the suicide bombing at an Ariana Grande concert in Manchester, UK. The phone was said to have ‘diverted and slowed’ a nut that went through the woman’s cheek.

The BBC reports that the nut first went through her iPhone, which she was using at the time to make a call.

Lisa Bridgett, of Pwllheli, had been using the phone after the Ariana Grande concert on Monday when the explosion caused a steel nut to hit her. She lost a middle finger before the nut went through her phone and her cheek, ending up lodged in her nose.

Her husband said the phone probably diverted and slowed down the nut.

While it’s always impossible to know what would have happened without the phone in these situations, the extensive damage seen does suggest that impact with the iPhone would have slowed the nut to at least some degree, likely reducing the severity of the woman’s injuries.

Bridgett required surgery for multiple injuries, including a fractured ankle and a large wound on her thigh.

It’s not the first time an Apple device has been reported to have saved a life in similar circumstances. Back in 2014, a solider showed damage caused by a ball-bearing hitting his iPhone in another suicide bombing, saying it saved his life. Police did the same for an iPhone 5c which they say saved a gunshot victim, and earlier this year a man reported that his MacBook Pro took a bullet in a shooting at Fort Lauderdale airport.