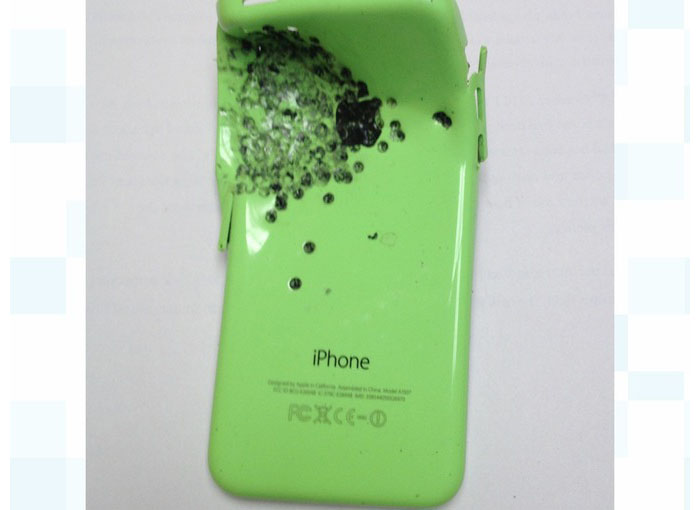 An iPhone 5c saved the life of a 25-year-old gunshot victim, according to British police (via Business Insider). The victim, who has not been named, was shot at close range with a shotgun and suffered serious abdominal injuries, but survived thanks to the iPhone 5c in his pocket taking the main force.

Detective Inspector Gary McIntyre from Cheshire Police said: “Fortunately, the victim’s mobile phone took the brunt of the shot and, as a result of this, he survived. This is remarkable – had that phone not been in his pocket at that time he would undoubtedly have died.”

The shooting happened when the victim approached a group of teenagers who had shut off the water supply to the apartment block in which he lived. The person who fired the shot, 19-year-old Ryan Duggan, was yesterday found guilty of attempted murder and is due to be sentenced in July.

A US soldier last year credited his iPhone with saving his life after a bomb was detonated by a suicide bomber, telling us that it prevented a severed artery.