Smart Home Diary: Planning to move home has given me a couple of new perspectives 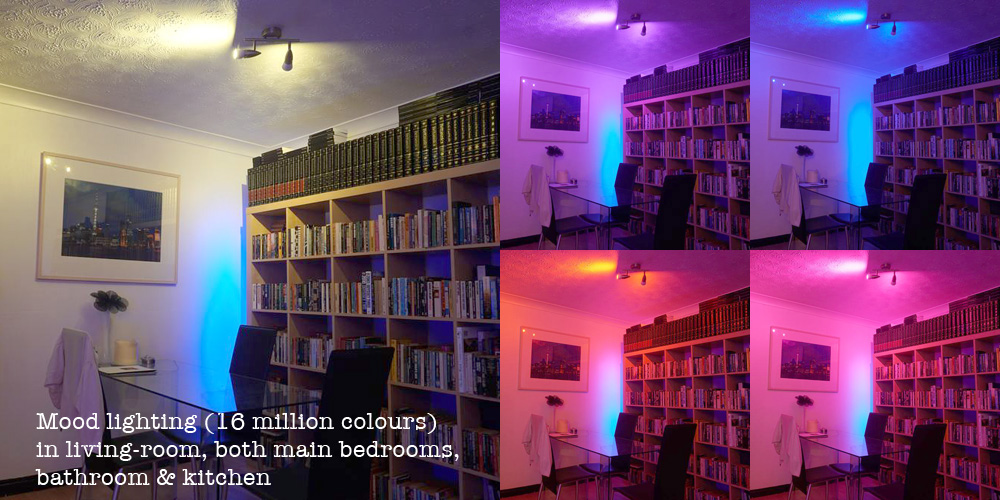 When you spend your life writing about technology, and have a lot of techy friends, you can fairly easily find yourself living inside a hi-tech bubble. Things like smart home technology can start to feel relatively mainstream, especially when companies like Ikea are getting in on the action.

Prices have started to fall, with several commenters on a recent piece noting that even the market leading Philips Hue system has bulbs from $15, often discounted below that level.

We’re starting to see new homes being sold with HomeKit technology included as standard, companies are making the technology easier to adopt with complete table lamps – and installers are setting up shop ready to do the hard work for you if it all seems a bit much for DIY.

In getting estate agents round for valuations, I pointed out the Tado smart thermostat system, the Elgato Eve-controlled standard lamps and I demo’d the mood lighting available throughout the house thanks to Philips Hue bulbs and Nanoleaf Aurora light panel.

My plan was to say that the Tado system would stay but the rest was available by negotiation. However, all the agents who visited saw it as unusual enough to become a feature of the property. They all suggested that it probably added more value to the property than it had cost.

As a result, I’m factoring it into the asking price, and the property will be partly marketed on the basis of being a futuristic home. I made sure that the photos showed off the tech, including a mosaic of different mood lighting in the living-room (above) and a series of iPhone screens that show all the things you can do (below).

That was quite an eye-opener to me, as my own perspective is that anyone with $1500 and a few hours could add the same setup to their own home. It wouldn’t make sense to me to view the presence or absence of smart home kit as a factor in which property to buy or how much to pay.

But having conducted the first viewing before the property even officially went onto the market, it’s clear that the agents are right: the average person is pretty wowed by a heating system which automatically turns itself down when everyone is out, and by lights which let you use an iPhone to change their color.

The jury is of course still out on how much difference it really makes to offers, but certainly the agents – who ought to know their business – view it as a key selling-point.

Looking at the other side of the equation – buying a new home – is also forcing me to take a fresh look at smart home kit. If we do leave the existing kit behind, will I immediately rush out to replace it all?

Has it become indispensable, to the point where I couldn’t contemplate moving into a new home without replacing it within the first week or two? Or has the novelty worn off?

For heating, a smart thermostat system definitely makes sense. Aside from the gadget factor, it’s saved about 7% on annual heating bills. While that means it hasn’t paid for itself here, it will do in our next place – we intend to stay put for many years.

Lighting is a slightly more complex decision, though the bottom-line is that I really love it and definitely want it in our new place.

Quite a few commenters in previous smart home diary pieces have questioned the value of colored lighting. If you’re happy with white, dimmable lighting, then (in the U.S.), Lutron’s Caseta wall switches is a cheaper and easier way to do it. Caseta isn’t an option in the UK, but starting again with a new home will give me a chance to revisit the decision on whether going for colored lights throughout the home (bar hall and landing) was the right decision.

It’s almost exactly four months since I got my Philips Hue lighting, and in that time I’ve used colored mood lighting in the living room every single day, without exception – mostly using the Ambee app these days. I also use it in the bedroom and office pretty regularly. I haven’t ever used it in the kitchen or bathroom – not once.

The sensible decision, then, would be to opt for color bulbs in living-room, office and bedroom – and white elsewhere. Despite that little nagging question of whether I’d later wish I had the option of mood lighting elsewhere, that’s what I’m going to do.

I’m also going to simplify my zone setup. I’ve so far tried to anticipate every scenario, having a scene for each, but there are some situations where it just makes more sense to ‘manually’ control individual lights.

That’s a bit OTT, so next time around I’ll omit the second scene and just switch off the hallway lighting directly. Or, depending on the layout, I may use a couple of motion sensors to detect movement at either end of the hallway and switch the lights on for a couple of minutes.

The existing motion sensors in the kitchen and hallway work really well, so will definitely be replicating these – though the kitchen one may need some careful positioning as we’re looking at properties with no wall between living-room and kitchen, just a bar or alcove.

So, beginning the moving home process has taught me two things. First, it probably makes financial sense to add smart home tech even if you’re somewhat ‘meh’ about it all, simply for the ‘wow’ factor it adds when selling. Second, while going all-in on colored bulbs seemed good insurance on the ‘buy the right thing once’ principle, it has been slight overkill. Next time I’ll be opting for a mix.

That’s been my experience – what about yours? For those who’ve been using smart home tech for some time, would you create the exact same setup next time around, or are there lessons you’ve learned that would lead to changes? And if any of you have sold a home with smart home tech in it, what has been the reaction of agents and potential buyers? As always, please share your experiences in the comments.