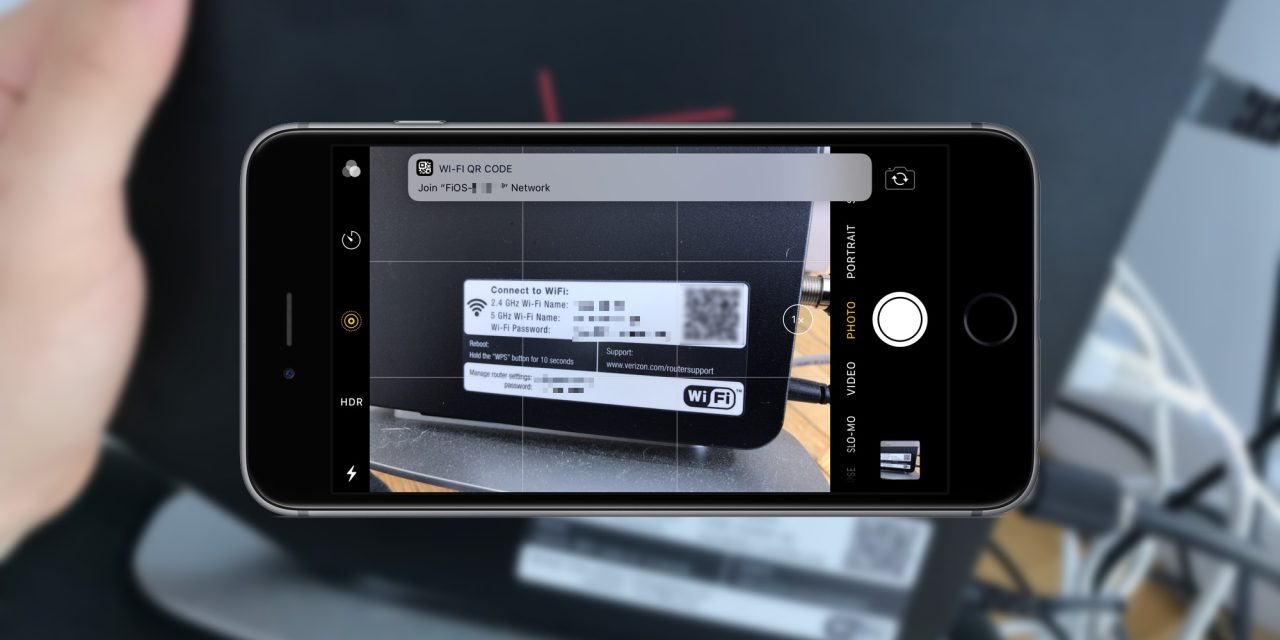 Apple has added yet another new feature to make configuring wireless networks on iOS even easier. As first noticed by u/EzDzO on Reddit, iOS 11 users will be able to use the native camera app to scan a router’s QR code and quickly get connected.

Built into iOS 11’s native camera is a QR code reader. The reader is built to support launching apps and websites after reading a valid code. When scanning a QR code attached to a router, iOS 11 offers to connect to that network with a banner notification. A tap on the notification begins the connection process.

You can test it on iOS 11 beta 1 now by scanning the QR code below:

It’s a small but welcome addition to iOS and shows just how powerful adding in “little” features can be. If your friends would prefer not having to crawl on the ground to scan a QR code to connect to your internet, iOS 11 also allows you to automatically send passwords to nearby devices.

This feature may sound familiar to what Google announced this year at its I/O 2017 event. While iOS 11 requires a visible QR code to connect, Google Lens can use vision-based computing to detect applicable text seen in view.