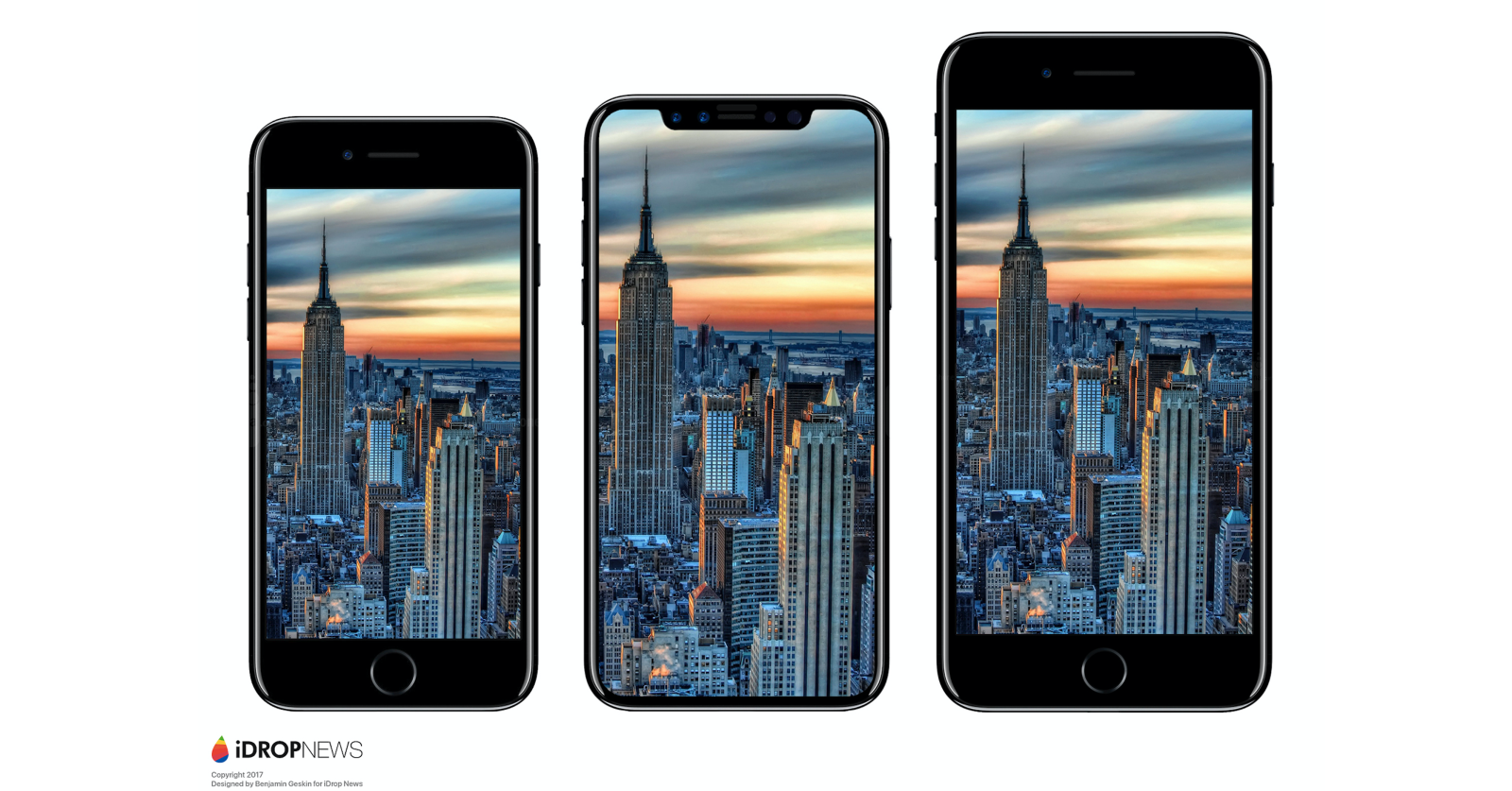 Apple will also debut a major redesign ‘iPhone 8’ with 5.8-inch AMOLED display, metal frame (believed to be stainless steel) and the same reinforced glass chassis. Samsung will apparently supply 80 million panels for the iPhone 8 in 2017 alone.

Whilst the marketing name is obviously unknown, the ‘7s’ phones are expected to look mostly the same as the current phones with the same bezels, screen size and form.

Swapping the aluminium chassis for ‘reinforced glass’ is a minor design change and will likely enable wireless/inductive charging for the new 4.7-inch and 5.5-inch phones.

These ‘iterative’ phones will focus on internal component upgrades, like upgraded performance, and likely retain the existing price points.

Although this is speculative, it makes sense that Apple wants ‘new’ phones at the same price points this year as the flagship phone is going to be more expensive.

It’s worth noting that Apple leaker Benjamin Geskin reported that mass production had begun earlier this week, posting drawings of what he believes to be the finalized iPhone 8 and 7s designs, backing up today’s Digitimes report.

The iPhone 8 will feature an entirely new external design with almost no bezels on four sides, with a small ‘fringe’ cutout for the front camera module at the top. Reducing bezels enables Apple to ship a phone with a much larger display, around 5.8-inches, whilst keeping the physical size about the same as the current 4.7-inch iPhone.

The iPhone 8 will not have a physical home button of any kind, instead using a virtual on-screen software button. Recent reports indicate that Touch ID fingerprint sensor will also be integrated into the display, so users simply place their finger on the display in order to unlock the phone.

As well as being the first iPhone with OLED screen, the iPhone 8 (or whatever Apple ends up calling it, the name ‘iPhone Pro’ has been bandied around) is also expected to add other major features like wireless charging, 3D-sensing front camera, a new vertical rear dual camera system with OIS on both sensors, an Apple A11 chip and more.

Some reports have indicated that Apple will price the new OLED iPhone around $1000. Apple will officially announce all three new iPhones at a media event in September. The iPhone 8 is not expected to go on sale until October, however.