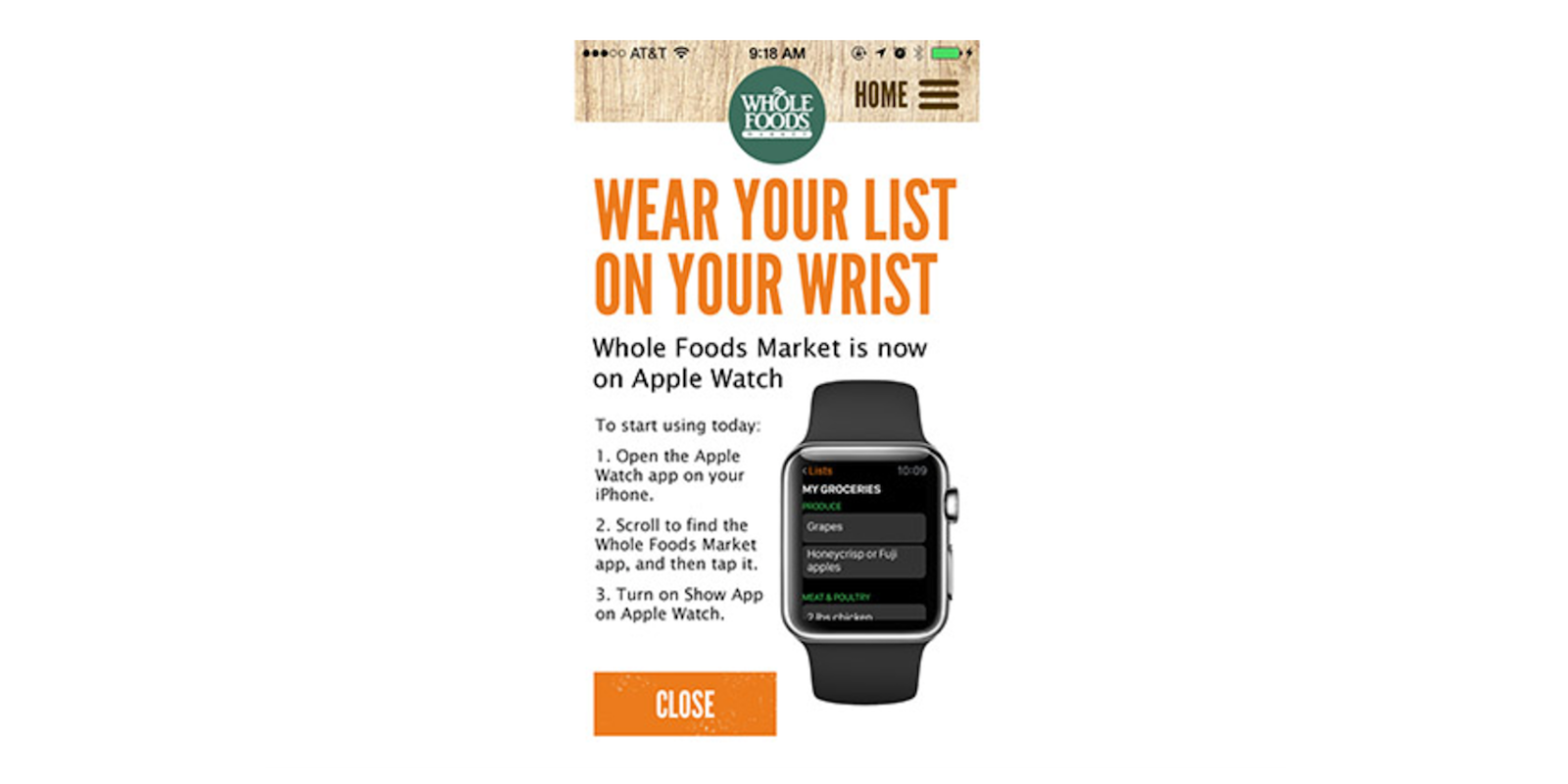 Whole Foods just removed its Apple Watch app from the App Store, making it the latest company to do so after Google, eBay, Amazon and others did the same earlier this year. Speaking of Amazon, the removal of the Whole Foods Watch app follows Amazon’s announcement that it will acquire the grocery store chain for $13.7 billion this week…

The Whole Foods apps for iPhone and iPad remain on the App Store, but version 8.3.18 released over the weekend removes Apple Watch and iOS 9 support:

Back in May when Amazon quietly pulled its Apple Watch apps alongside similar moves from Google and eBay, the company offered a vague statement to The Verge claiming “there are a number of reasons we don’t think this is the right solution for our customers at this time.” The company added, “We are always trying new things and look forward to experimenting with wearable solutions in the future.”

It’s unclear and seems unlikely Amazon’s acquisition had much to do with the decision by Whole Foods since the deal is still pending regulatory approvals, but it wouldn’t be necessarily surprising either following Amazon’s decision to remove its other apps from the platform.

Many users of the Apple Watch app were frustrated to find the support removed without explanation:

The Apple Watch app for Whole Foods included shopping list functionality (as pictured above), allowing iOS app users to create shopping lists that sync automatically to the Watch for easy viewing while walking around the store shopping.

Whole Foods, which has notably been an early partner for Apple’s recent launches of Apple Pay payments and loyalty cards, first released the Apple Watch experience back in July of 2015.

We reached out to both Whole Foods and Amazon and we’ll update this article if we hear back.