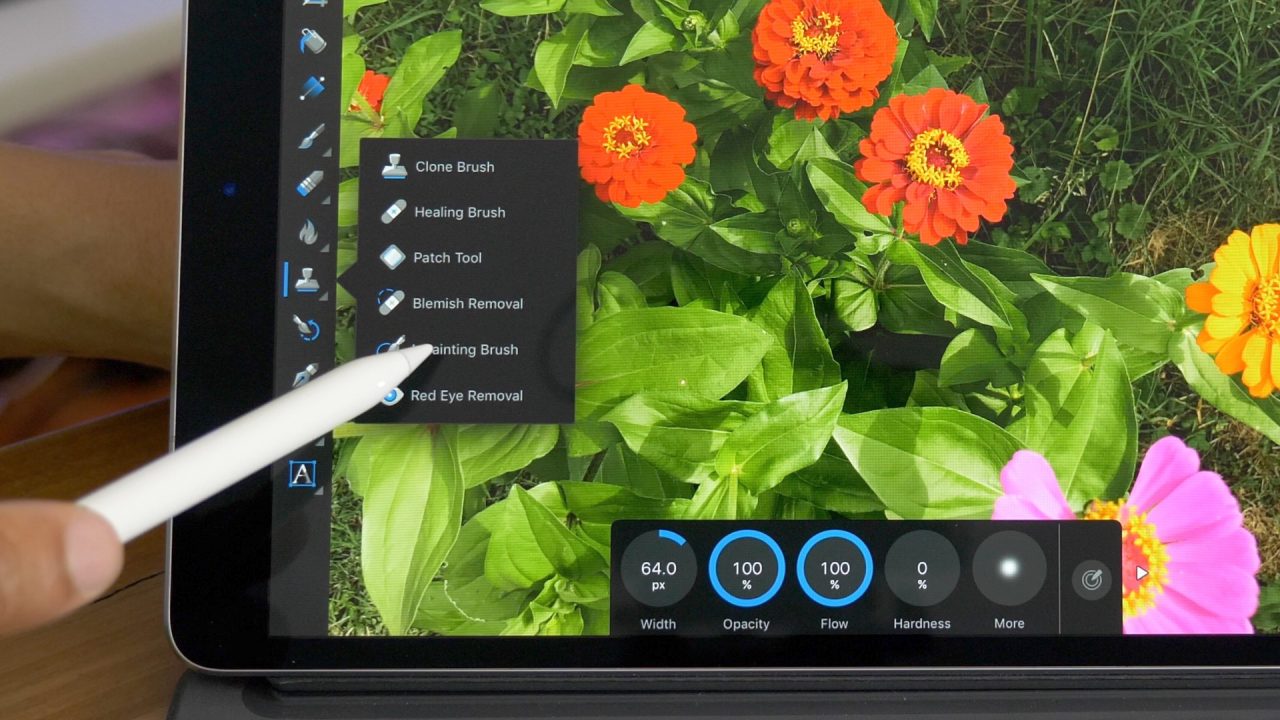 When Serif’s Ash Hewson took the stage in San Jose during the WWDC 2017 keynote, you just knew that something big was about the be announced. That announcement, which didn’t disappoint, turned out to be Affinity Photo for iPad. The flagship desktop app makes its way to iOS for the first time after initially appearing on Mac and PC.

Affinity Photo, like Serif’s other popular desktop app, Affinity Designer, is well-respected photo editing software that can function as an Adobe Photoshop replacement for many desktop workflows. Can the iPad version make the same claim?

It’s immediately apparent that a lot of work has gone into creating Affinity Photo’s interface. Far from being a dumbed down lite version of Affinity Photo for the Mac, Serif managed to include an impressive amount of professional tools and functionality inside the iPad version.

What’s even more impressive about Affinity Photo is that it doesn’t feel cluttered or overly busy. There are lots and lots of options, settings, and toggles, but the layout is designed in such a way that makes sense for a touch screen device.

If you’re new to Affinity Photo, you’ll no doubt appreciate the interactive introduction, sample photos, and the dozen tutorial videos that help you get accustomed to many of the powerful features that the app has to offer. 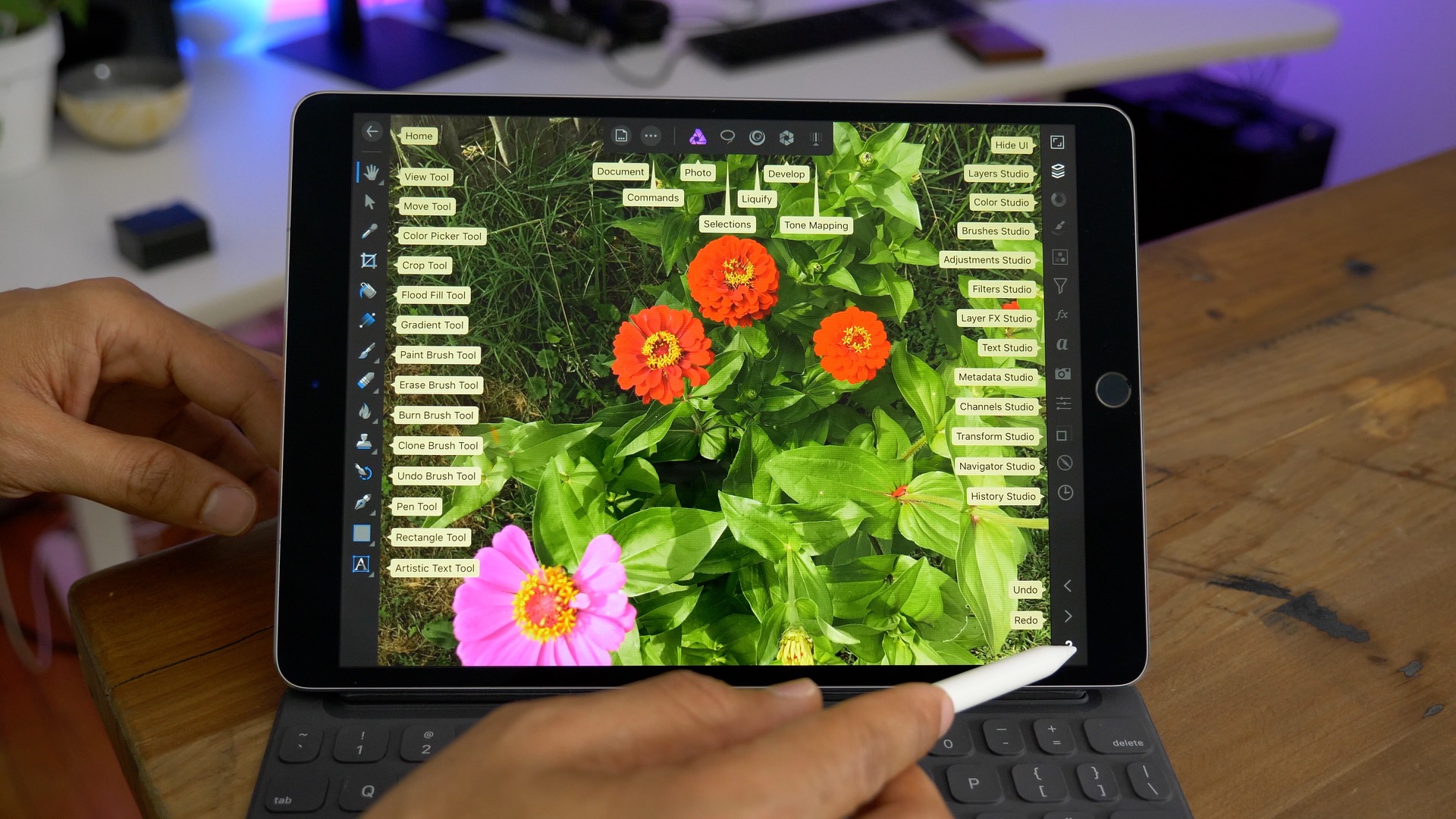 To help new users get started, Serif made it super-easy to quickly identify tools by means of the tool tip button in the bottom right-hand corner. Simply tap and hold the ‘?’ button, and you’ll instantly receive overlays that help you to identify the app’s primary toolsets.

Like the desktop version of Affinity Photo, the iPad version lets you quickly switch between personas with the touch of a button. Personas are basically different types of working environments that feature groups of tool that allow you to accomplish a common goal. For example, if you’re editing or manipulating a photo, you want the Photo persona. If you’re performing selections-based actions, you want the Selection persona, and so on. 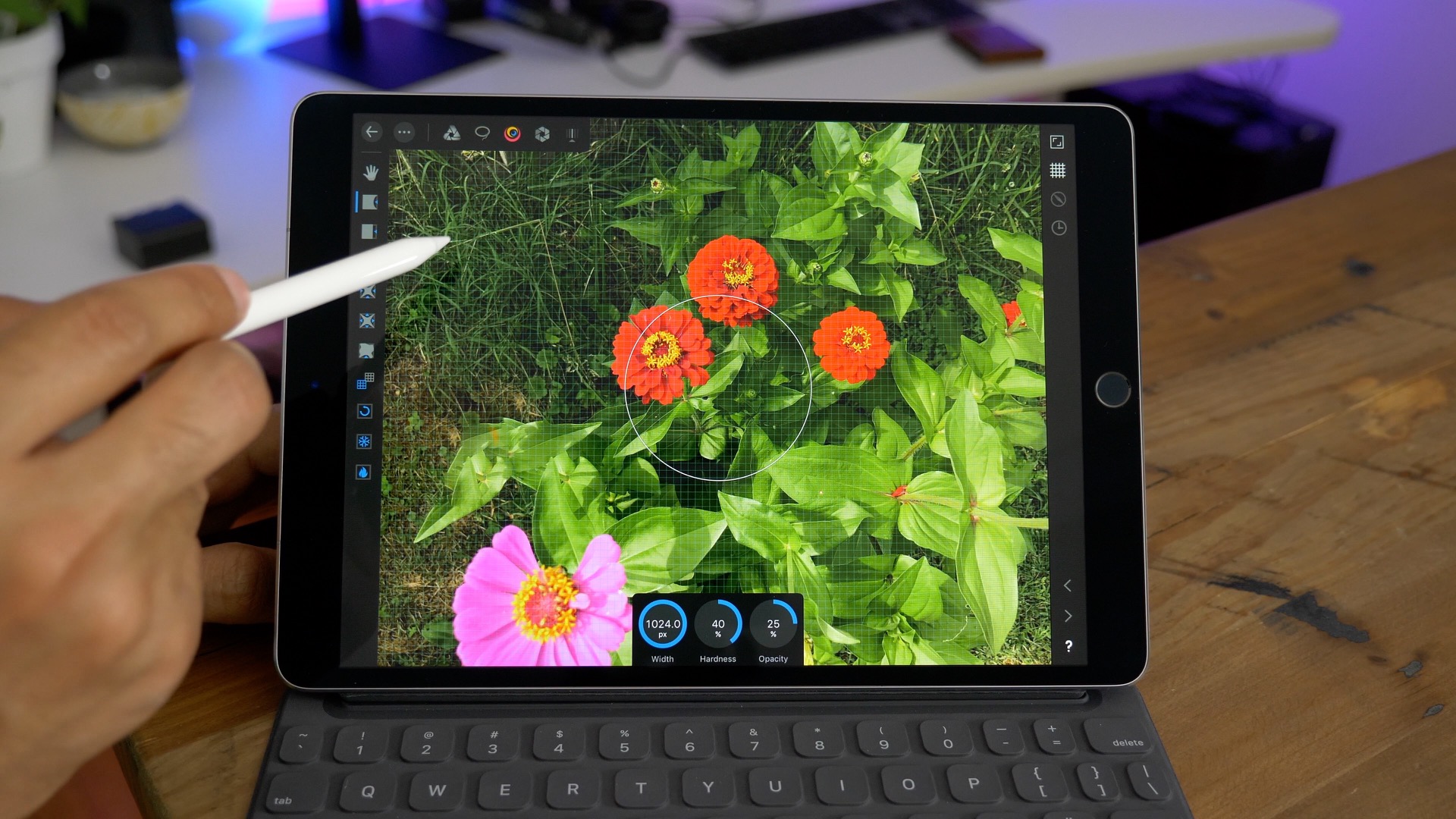 The command and tool options inside the app will dynamically change based on your current persona. This methodology not only lends users a great deal of editing power, but helps maintain focus on the task at hand. 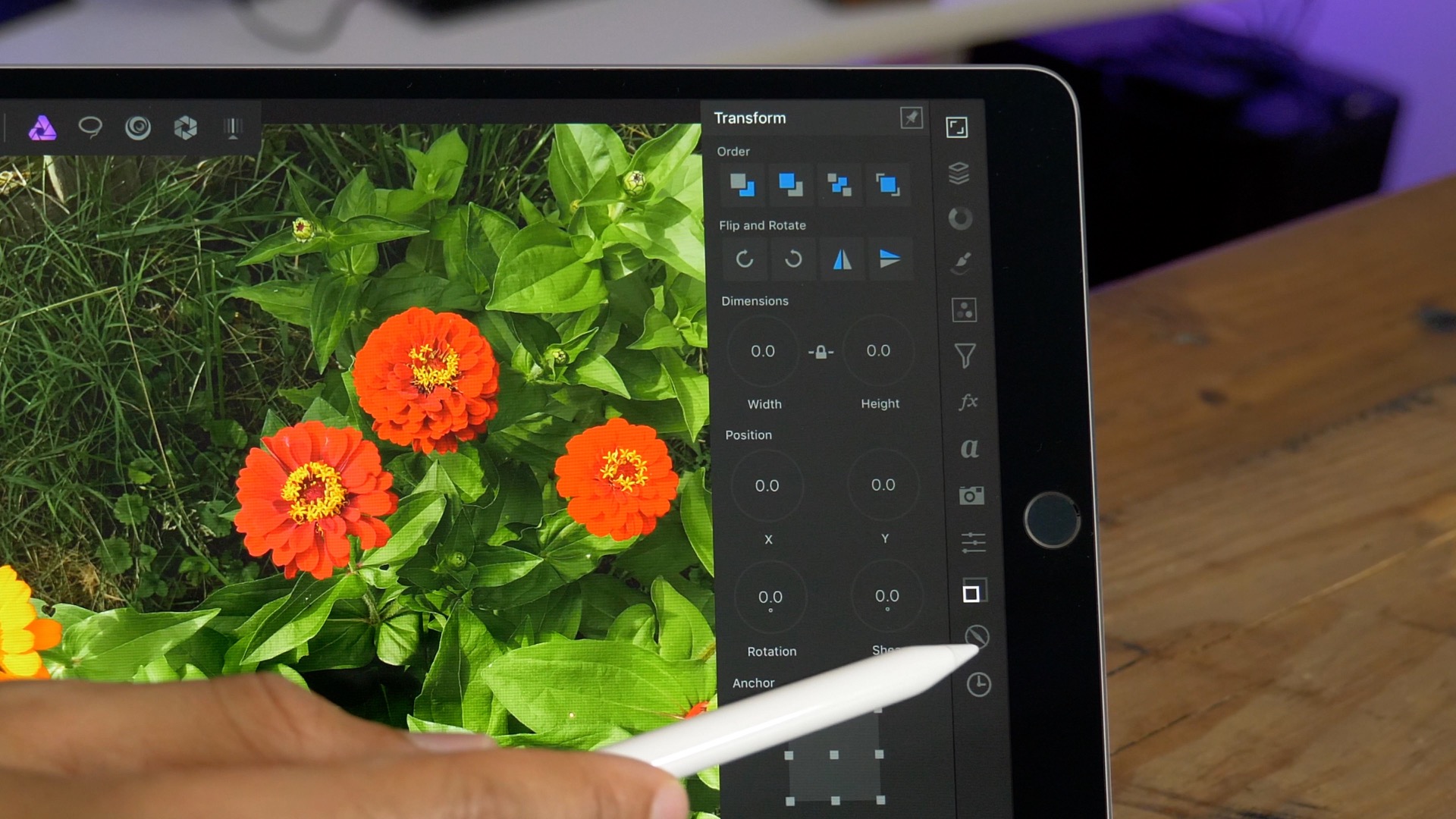 Affinity Photo includes a smart content removal feature that it calls Inpainting. This feature, which was prominently showed off during the WWDC keynote, allows users to quickly get rid of unwanted objects in a photo.

To use Inpainting, simply select the Inpainting Brush from the tool bar, adjust the size of the brush via the Inspector, and paint on the object that you wish to remove. You may need to occasionally finesse the effect in order to get the desired end result, but it works very well in my experience.

During this initial hands-on, I wanted to focus on some of the basic introductory features that make Affinity Photo such an attractive app for iPad owners. In future follow-up posts, we’ll go more in depth with a wider range of options and scenarios that you may face while editing photos.

After some hands-on usage, it’s clear that Serif wasn’t messing around when it brought Affinity Photo to iPad. This truly is a desktop-class photo editing app that also happens to run on iOS with full Apple Pencil support.

Affinity Photo is still available for its introductory $19.99 price, but the price is scheduled to rise to its normal selling price of $29.99 in the very near future. Even at $29.99 I think the app is a great buy, but at $19.99 it’s a downright steal. What do you think?