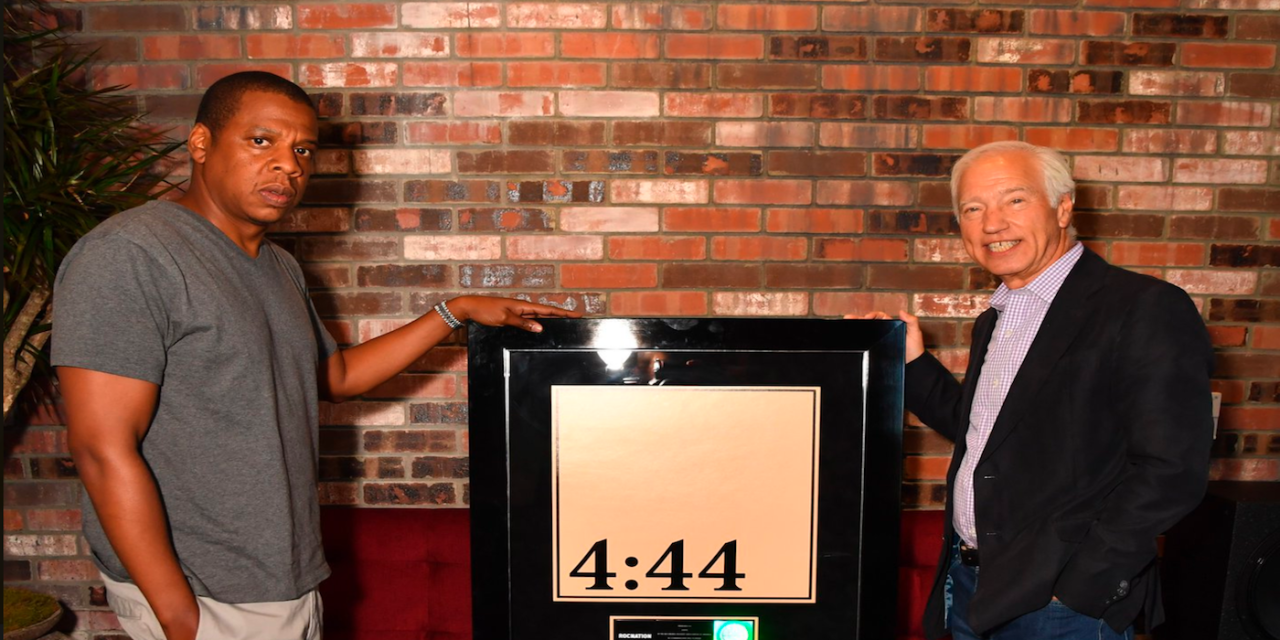 Jay-Z’s new ‘4:44’ album has officially reached platinum status after arriving as an exclusive on his own Tidal streaming service late last week. The release was notably the latest from a high-profile artist that didn’t make its way to Apple Music, Spotify or other streaming services. In the U.S. it was Sprint’s first exclusive content release with Tidal following its purchase of a 33% stake in the music streaming service earlier this year.

Since it was a Sprint exclusive release in the U.S. when it arrived on June 30 last week, listeners there had to be existing Tidal subscribers or be Sprint customers to listen with a newly created account and free trial. Users that didn’t fall into those two groups were able to download the record officially, however, as a direct download link from Tidal’s website, which was discovered shortly after release.

If you’re wondering how exactly Jay-Z was able to reach platinum status despite the Sprint and Tidal exclusive presumably limiting reach, the RIAA’s formula counts 1,500 on-demand audio and/or video song streams as 10 track sales and 1 album sale. That would mean around 1.5 billion streams to get to the 1 million album sales required for platinum, but it’s possible a significant portion of sales came from the official digital download mentioned above as opposed to just streaming alone.

Apart from Tidal, the record also debuted on iHeartRadio with an exclusive 35-minute stream across 160 of its stations that it says reach tens of millions of listeners in the US. The streaming platform also continued to play the new album for 24 hours on select stations. In addition, the album is available internationally to both existing and new Tidal subscribers/free trials, but the RIAA only counts US distribution towards its gold and platinum certifications.

The competition between Apple, Tidal and the other music streaming services over exclusive content is something that Jay-Z himself references on the new record. One song on the 4:44 album specifically calls out Apple Music executive Jimmy Iovine regarding exclusive releases and later references users pirating content from Tidal.

As the RIAA’s official Twitter account notes, Jay-Z has more platinum albums than any other hip-hop artist, with 4:44 being his 13th solo studio album to reach the sales milestone: