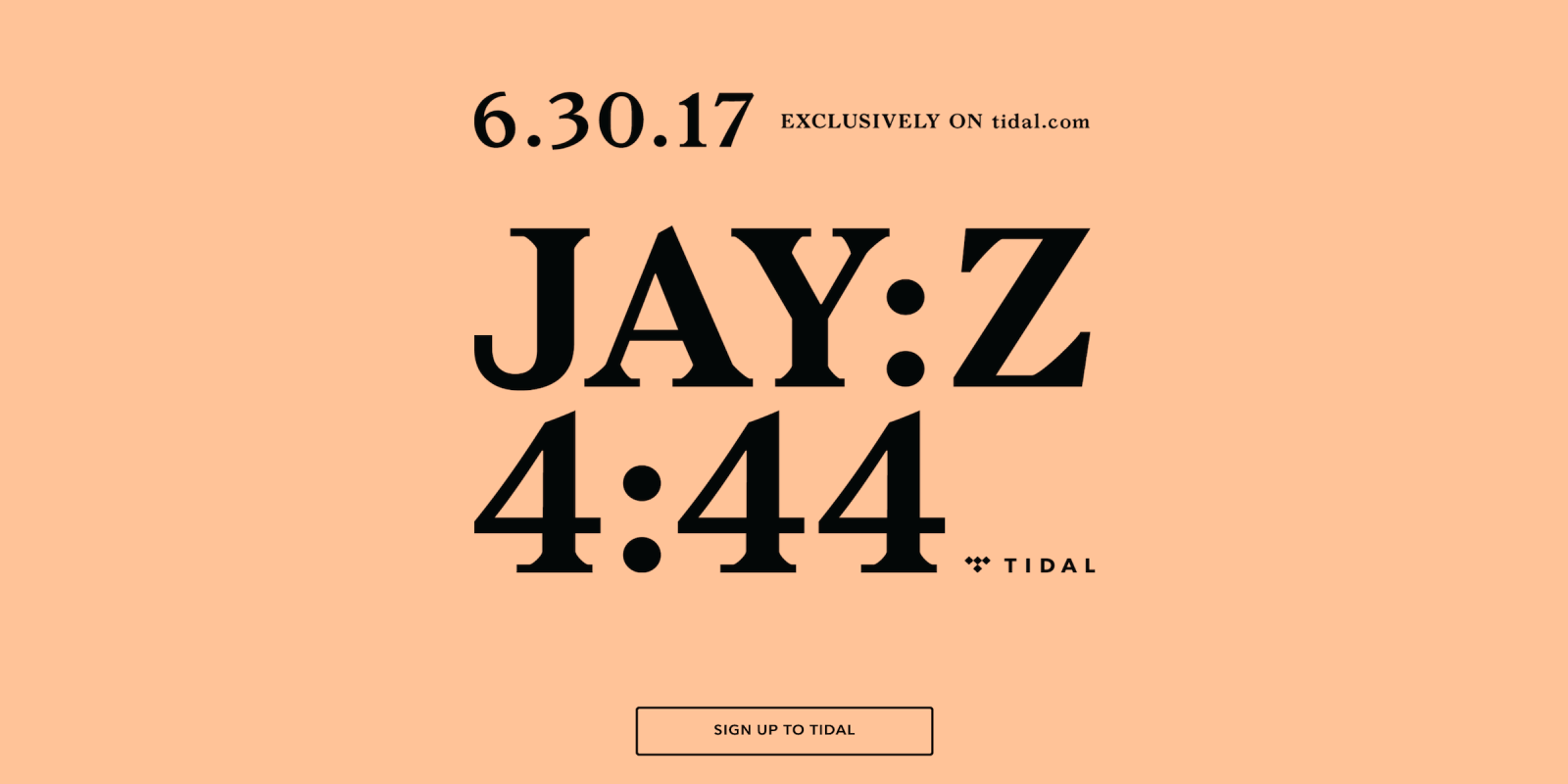 Following a deal with Sprint to acquire 33% of Jay-Z’s TIDAL streaming music service, today the companies announced that the first exclusive release as part of the partnership will be Jay-Z’s new album later this month. The release will be a big one, Jay-Z latest full-length album set for release at the end of this month. But it won’t exactly be a total Sprint exclusive like the company is making it seem…

Titled 4:44, the album will be released 12:01 a.m. ET Friday, June 30 and it will be available to any Sprint customers who since the deal have access to a free 6-month trial of the service’s premium TIDAL HiFi tier. But it will also be available existing Tidal users worldwide, and also to new Tidal users outside of U.S., so you won’t necessarily have to be a Sprint subscriber to get access to the new album.

Whether or not the album will eventually come to Apple Music, Spotify, and the other streaming services remains to be seen. If you haven’t already, you can get access to the service through Sprint’s website here or Tidal.com.

“Today is an exciting day to be a Sprint customer,” said Marcelo Claure, Sprint president and CEO. “JAY-Z is a global icon and we’re giving customers an incredible opportunity to be among the first to experience his new album 4:44. Our loyal, existing customers, and customers who switch to Sprint, can experience the album exclusively, plus access a complimentary six-month trial of TIDAL HiFi, giving them access to content they can’t get anywhere else.”

The first clip of the new album for the song “Adnis” has also been released alongside Sprint’s announcement today: