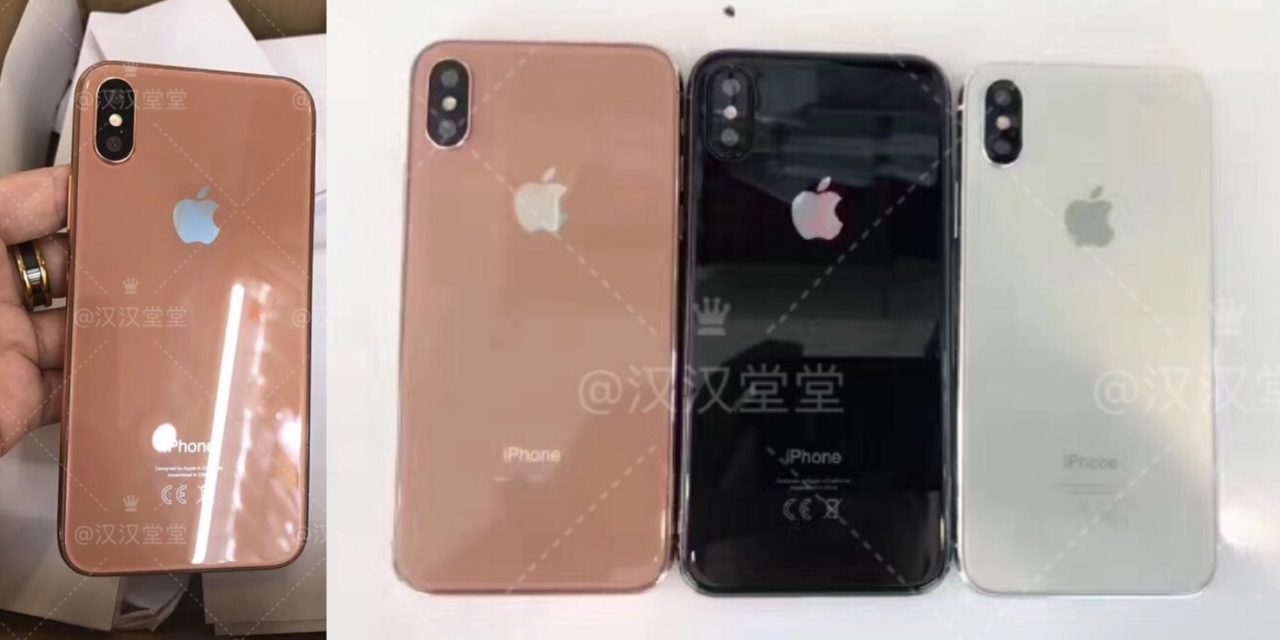 Over the weekend, there were a couple interesting stories about the upcoming iPhone 8 originating from Weibo. A Foxconn vice president posted to his public social feed that the iPhone 8 will not be cheap, as yields of the OLED display are low (40% failure rate) due to the ‘special design’ (the custom top notch).

Separately, photos of a new iPhone 8 rear case color appeared online although the validity of the image is not clear. In addition to the usual black and white, the photos depict an OLED iPhone in a copper gold color. More photos after the break …

A certain Foxconn exec seems to have been slightly too open about Apple’s upcoming iPhone, via MyDrivers.

In a post to social networking site Weibo, that has since been deleted, Luo Zhongsheng said that the yield of Apple’s unusually-shaped OLED screen is only 60%, as cutting to non-uniform size is difficult.

He goes on to predict that the iPhone 8 will be not be sold cheaply, given the higher manufacturing costs.

The special shape he is referring to is obviously the notch/forehead display we have seen leaked so much by now, even by Apple itself. The phone will be almost bezel-less on the left, bottom and right sides with the top center featuring a non-uniform cutout for the camera, earpiece and infrared sensors to reside.

Here’s a screengrab of the original post before it was pulled (rough translation: ‘The OLED yield is only 60%! It looks like difficulty of special-shaped cutting is indeed great, the cost will not be cheap. Estimated iPhone 8 is not cheap.’)

Rather amusingly, the Zhongsheng has a social media post from July 27th that blatantly discusses how companies are making bezel-less phones, even including a diagram of notch screen phone designs. The exec also corroborates supply chain reports that the OLED iPhone panel is being made by Samsung Display.

Separately, unconfirmed photos from Weibo depict a possible new case color for the iPhone 8. It’s unclear whether these are supposed to be actual leaks of Apple case components or simply dummies made by a third party, but the choice of color scheme is interesting. Even if it is a dummy, they are often informed by real information coming from the supply chain.

Alongside the typical black and white case colors, there is an iPhone supposedly touting a brand new color: copper gold. It’s an interesting shade, not quite orange and not quite gold but somewhere in between. We can’t confirm the nature of these pictures, but it’s interesting to think about Apple changing up the available device finishes. More evidence of a new ‘copper gold’ color, beyond this single isolated set of photos, would be needed before giving it serious credibility.

KGI’s Ming-Chi Kuo has previously claimed that the OLED iPhone would be sold in fewer colors than current iPhone models, but did not exactly specify what variants Apple would offer. Other rumors have indicated the existence of a mirror finish iPhone 8 option, not portrayed in these recent photos. 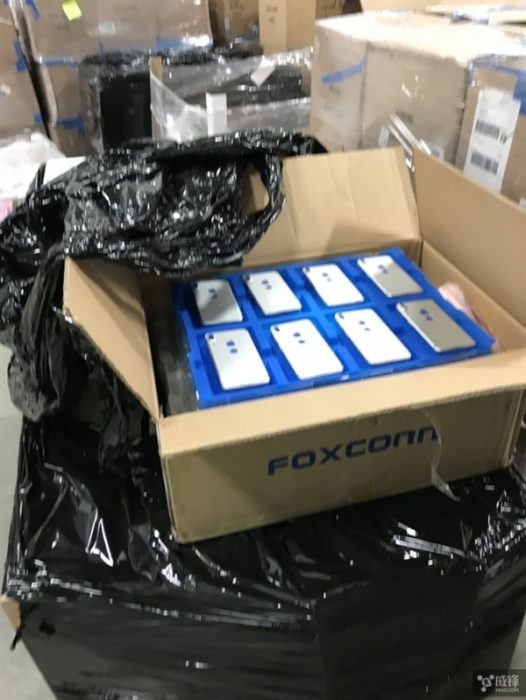 One final image making the rounds this weekend is a supposed photo of a Foxconn facility, showing a box filled with new iPhone models that feature a rear fingerprint sensor.

The most likely explanation for this picture is that is fictional, or depicting a Chinese iPhone lookalike clone product. We give this image almost no credibility as an indicator of the 2017 iPhone lineup; we do not believe the iPhone 8 or iPhone 7s devices feature a rear fingerprint sensor. Apple has reportedly gone all-in on face recognition biometrics for the iPhone 8 and the 7s will continue to feature a physical Home Button on the front face.

Apple will announce the new iPhone lineup at a media event in September; invites for that event should go out later in August. Until then, expect more of these kind of leaks as production ramps. What do you think about the possible new ‘copper gold’ iPhone color? Let us know your thoughts on the comments.