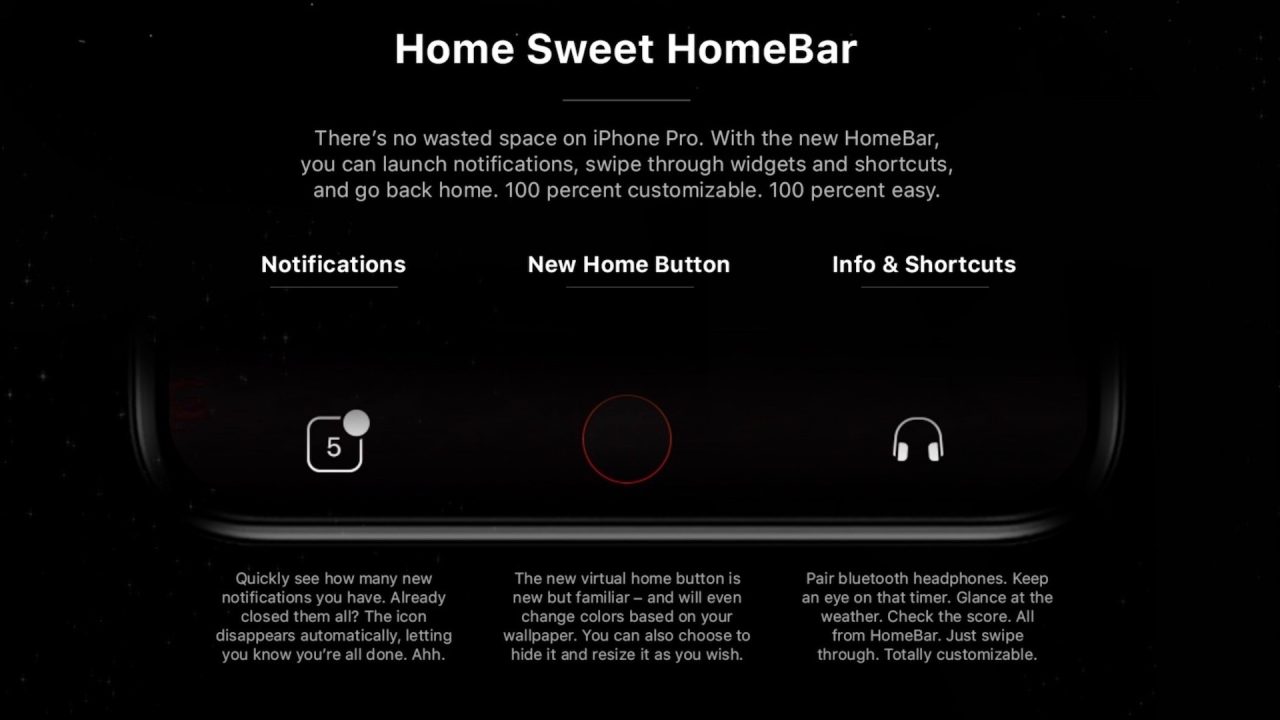 A variety of concepts have taken on the task of imagining what Apple’s upcoming iPhone 8 will look like, both in terms of hardware changes and iOS changes. This afternoon, a new concept from John Calkins provides an optimistic look at how Apple will make changes to iOS for the iPhone 8…

The concept actually imagines iOS 12 but could apply to the OLED iPhone next month. The features carry strong focus on the iPhone 8 (or iPhone Pro) and its OLED display, bezel-less design, and virtual Home button.

For instance, the concept images a new “HomeBar” that houses notifications, shortcuts, widgets, and more. It sounds a lot like the rumored ‘function area’ from earlier this year.

With the new HomeBar, you can launch notifications, swipe through widgets and shortcuts, and go back home. 100 percent customizable. 100 percent easy.

The new virtual Home button is new but familiar – and will even change colors based on your wallpaper. You can also choose to hide it and resize as you wish.

The concept also depicts the HomeBar being contextually-aware and changing throughout the operating system, such as in various applications, Siri, and more. In addition to the HomeBar, notifications have also been revamped. Recent notifications are grouped by app and accessible from the bottom of the display.

The concept imagines the iPhone 8 with an always-on display. This would allow for the device to always show basic information such as time, date, and notifications.

Thanks to the nearly bezel-less design of the iPhone 8, the concept showcases how many apps and interfaces could be redesigned to take advantage of the added screen real-estate. Apple News can show more stories, Messages can offer show additional threads, and Music can show bigger album art and bolder fonts.

Calkins’ renders showcase predominantly dark interfaces thanks to the OLED display. Apple has been reluctant to add a “dark mode” to iOS thus far, but perhaps with the launch of the OLED iPhone 8, the company will finally cave into the pressure.

The full set of renders can be viewed here. What do you think of them?