Some official Apple accessory colors seemingly being quietly discontinued [U] 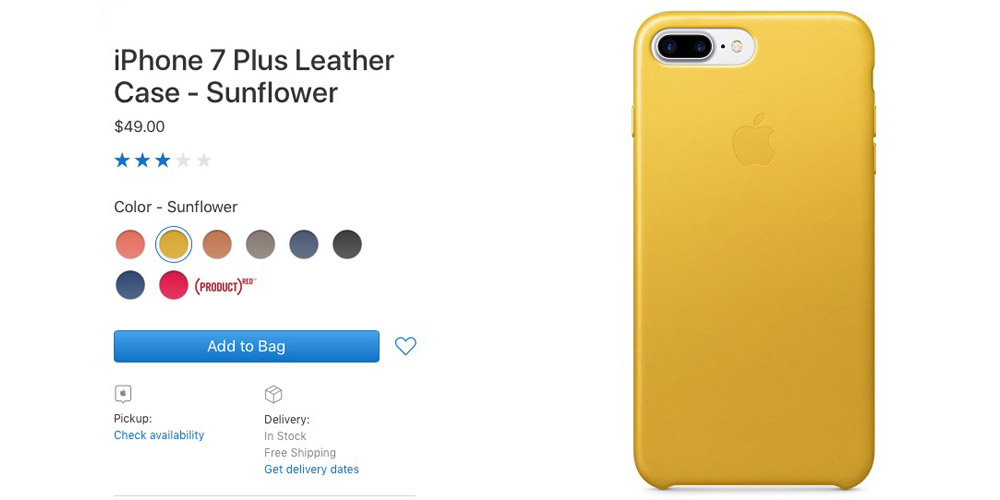 Update: A source tells us that the former explanation applies – Apple is rotating out less popular colors.

It appears that Apple is quietly discontinuing some color options for its own iPhone cases and other official accessories around the world.

Japanese site Macotakara noticed a whole range of options have disappeared from both Japanese retail stores and the local online store. For example, in silicone cases for the iPhone 7, Pebble and Stone are no more; in leather, Berry and Sapphire have disappeared …

They also spotted that there were other disappearing colors in Nike and Hermès Watch bands.

A quick check of US and UK sites reveals that some colors have also disappeared there, but some of the colors missing in Japan are still present in either US store, UK one or both.

One possible explanation would be that some colors have proven less popular than others, and Apple is allowing stocks to sell out. The company is likely removing their listings from the online stores individually as stock is exhausted in each country.

Alternatively, Apple may be seeking to simplify its inventory in the run-up to the launch of this year’s iPhones. It now has a crazy number of color options for iPhone cases in particular, and if it plans to offer this level of choice for its new phones, it may well want to cut back on the number offered for older ones.

The bottom-line, then, would seem to be that if you’ve been considering an official Apple iPhone case or other accessory in a particular color, now would be a good time to buy. There are, of course, still plenty of third-party options available in both silicone and leather.