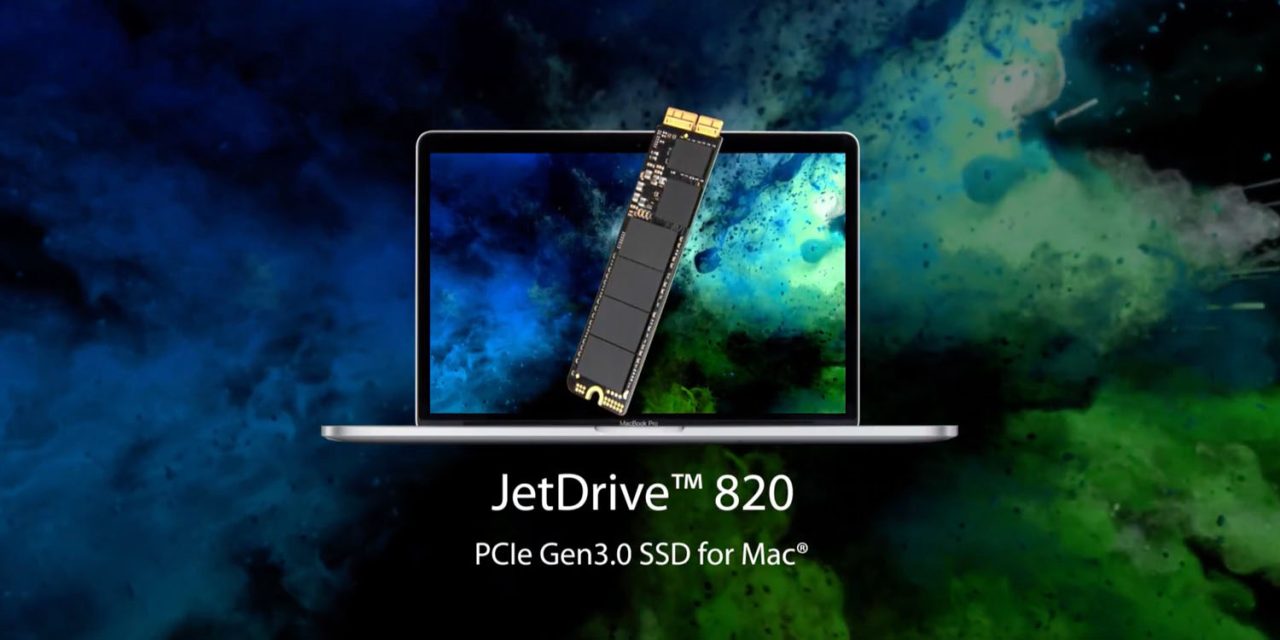 Transcend, which has long offered Mac owners the chance to upgrade their SSDs to higher-capacity ones, has announced a new range of drives that support PCIe Gen 3.0. These cards, which use the latest 3D NAND flash chips, offer read/write speeds of up to 950MB/s.

The new JetDrive 820 drives are available in capacities of up to 960GB, and are compatible with a wide range of Macs …

The drives come with a five-year warranty, and Seth reports that the older model he fitted to his MacBook Air back in 2014 is still going strong.

The JetDrive 820 is compatible with the following Macs:

The SSD card is a straight swap for the original, and the drives come with all the tools needed for MacBooks (additional screwdrivers are needed for the Mac mini and Mac Pro).

Available capacities will be 240GB, 480GB, and 960GB. The company hasn’t yet released pricing or availability information. The company also offers a range of SSDs for older Macs and other laptops.