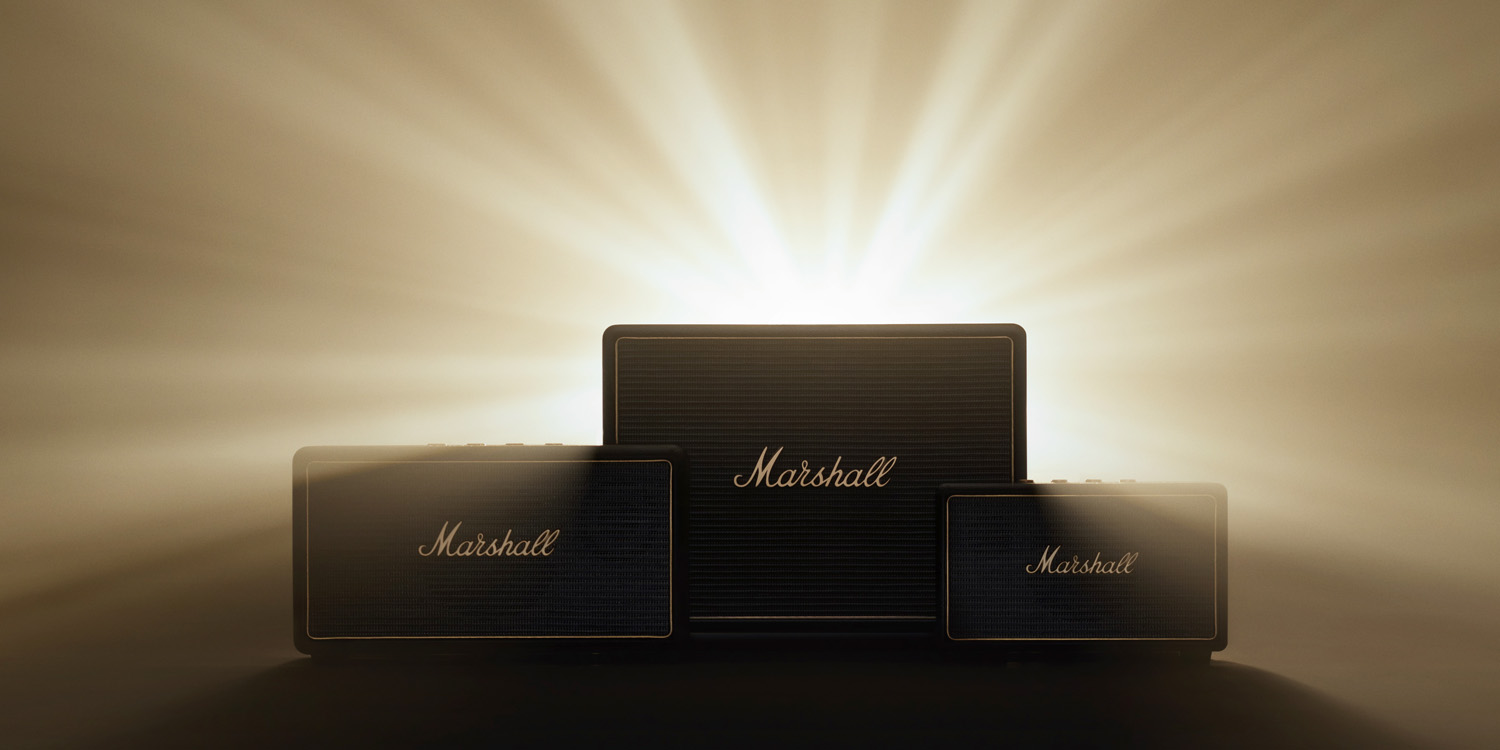 Marshall is best known for its guitar amplifiers, seen at almost any gig you’ll ever visit, but has recently been making more inroads into the general consumer market. It launched a wireless version of its over-ear Monitor headphones back in March, and has today announced an updated range of wireless multi-room speakers with AirPlay support.

The multi-room system is available in three models – Acton, Stanmore and Woburn. Wirelessly play different songs in each room, or bring it all together and play the same song throughout the entire home. Start with one speaker or several. Regardless of the space, there’s a Marshall speaker to fill it.

The smallest speaker in the range is the $350 Acton, which Marshall says is designed to be compact enough to fit on the smallest of shelves but still deliver powerful sound.

Next up is the $450 Stanmore, which the company describes as the most versatile in the range, balancing big sound with a unit still small enough to be easy to place in a room.

The largest speaker from Marshall, Woburn, features a robust sound and appearance that makes it the perfect centerpiece for even the largest of spaces or the most discerning ears. Woburn hits high trebles cleanly, handles low bass with ease and has a clear, lifelike mid range. Dual 5.25” woofers paired with a total of 110 watts of amp power pound your senses while the classic Marshall design holds your attention.

Each speaker has six inputs and seven presets.

Connect wirelessly with Chromecast built-in, Spotify Connect or AirPlay and get access to the world’s most popular streaming services. Alternatively, hook up your turntable via the RCA input, make use of the 3.5 mm input or utilize a Bluetooth connection.

With seven one-touch presets these speakers gives you immediate access to artists, albums and playlists on Spotify or via Internet radio stations. Select your presets using the analogue controls located on the top-panel and at the push of a button you’re listening to what you love most.

A free companion app allows you to adjust the equalizer, program the presets and adjust the intensity of the LEDs.

All three speakers will be available for pre-order September 1, and available for purchase globally on September 21. We’ll be bringing you a review of the Woburn once we get our hands on one.

Of course, if you don’t need AirPlay support, you can always save some money by opting instead for the older, Bluetooth versions of the Acton, Stanmore and Woburn.