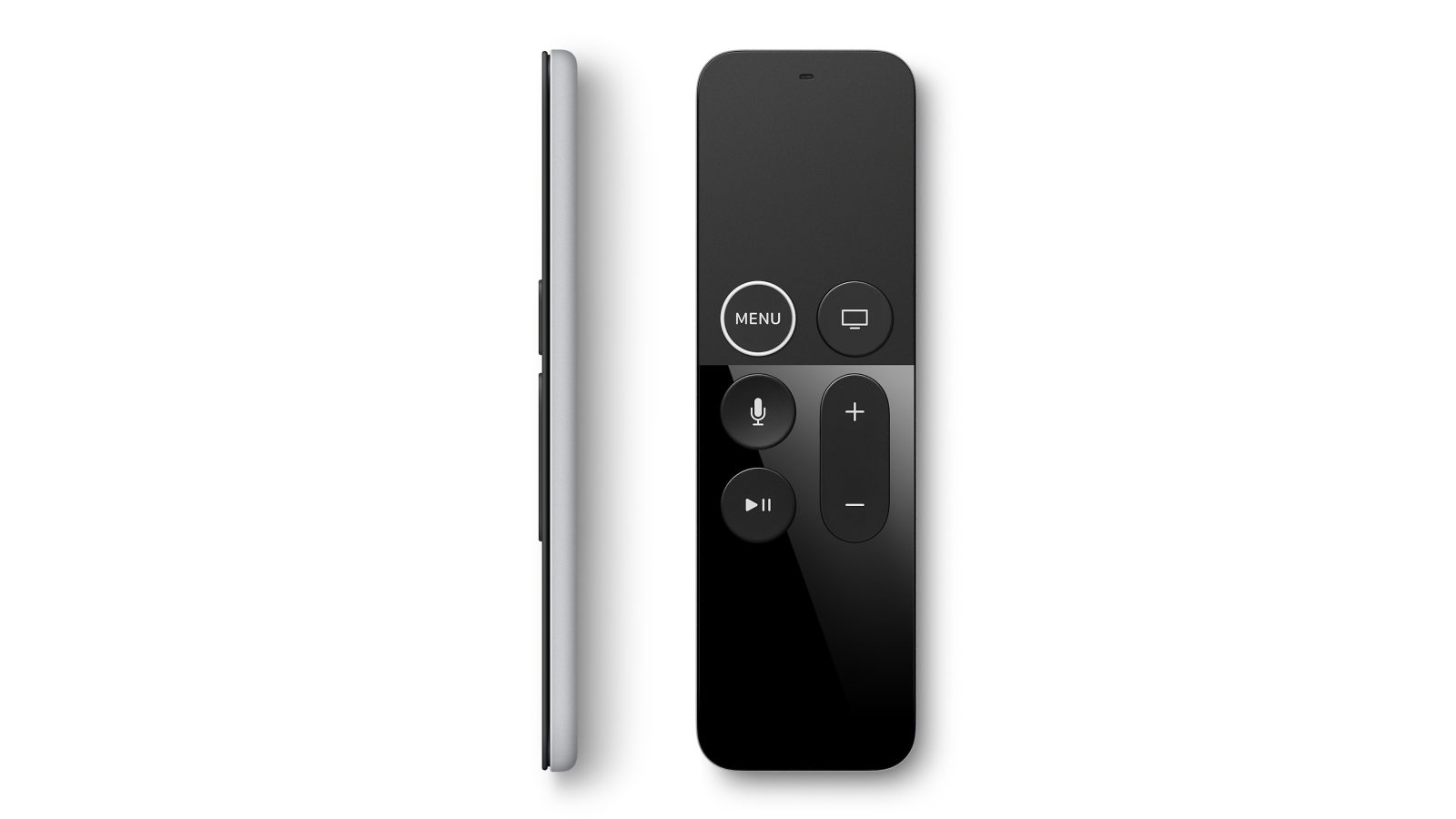 [UPDATE: The new Menu button appears to just be the white ring and not a flat button. Hard to tell from the photos, but Apple describes it that way online. It also captures motion data for attitude and rotation rate.]

Apple announced the new Apple TV 4K at its big event today, and the Siri Remote has received an update as well. The first change is a new Menu button that appears to be a part of the touch surface. This could improve the user experience by providing a bit of asymmetry, but it’s a subtle change so we’ll have to wait and see.

Both based on the appearance and the leaked tvOS 11 firmware that hinted at the new Siri Remote, it’s likely this version uses haptic feedback to simulate a click, although the upper touch surface actually clicks so it’s unknown for now.

Siri Remote also gets a new price with the redesign: $59. That’s down $20 from the rather expensive $79 Siri Remote with the clicky Menu button. The new Siri Remote is already listed on Apple.com, although it’s not yet available to purchase.

Apple TV 4K, which is available to order from September 15 for $179, will also come bundled with the new Siri Remote.