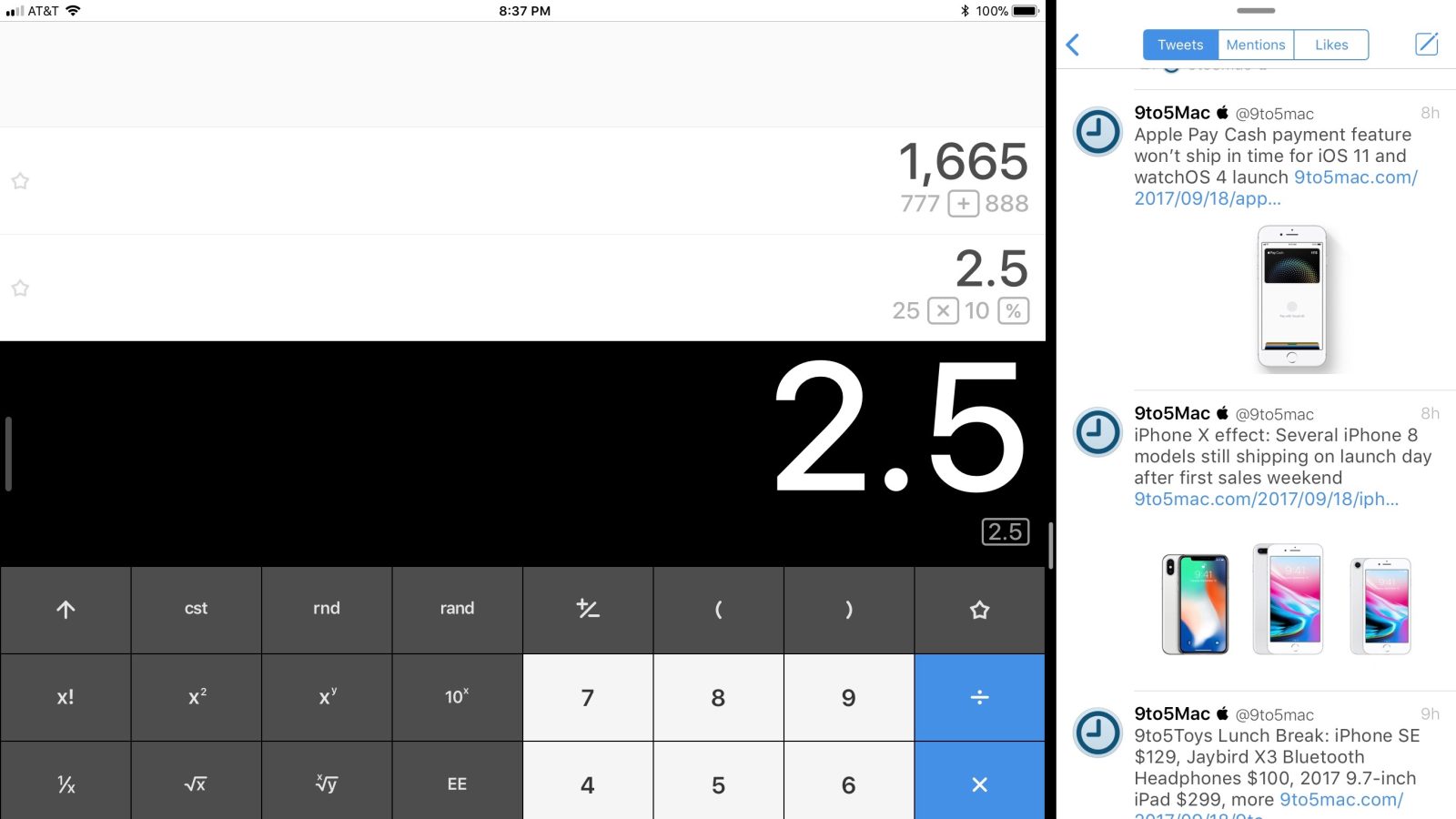 Calcbot, the popular calculator app from the developers behind Tweetbot, has today been updated with a few notable improvements, mostly for iPad users. Version 2.2.0 of the app brings iOS 11 support, improved multitasking, and more…

With this update, Calcbot 2 now supports iOS 11, which is notable seeing that Apple just released it to the public earlier this week. There’s also split-screen support for improved multitasking on the iPad, as well as support for drag and drop and better optimization for the iPad Pro 12.9 and 10.5-inch.

Meanwhile, on the iPhone, Calcbot now supports the Taptic Engine. This means that you’ll get some physical feedback when performing calculations within the app.

For those unfamiliar, Calcbot is an advanced calculation app for iOS with support for features such as unit conversions, history logging, Apple Watch features, and a full scientific calculator. Here’s the full change log for today’s update:

Calcbot is available for free on the App Store, though a $1.99 in-app purchase unlocks the full “Calcbot Pro” package. Are you a Calcbot user? Let us know in the comments.