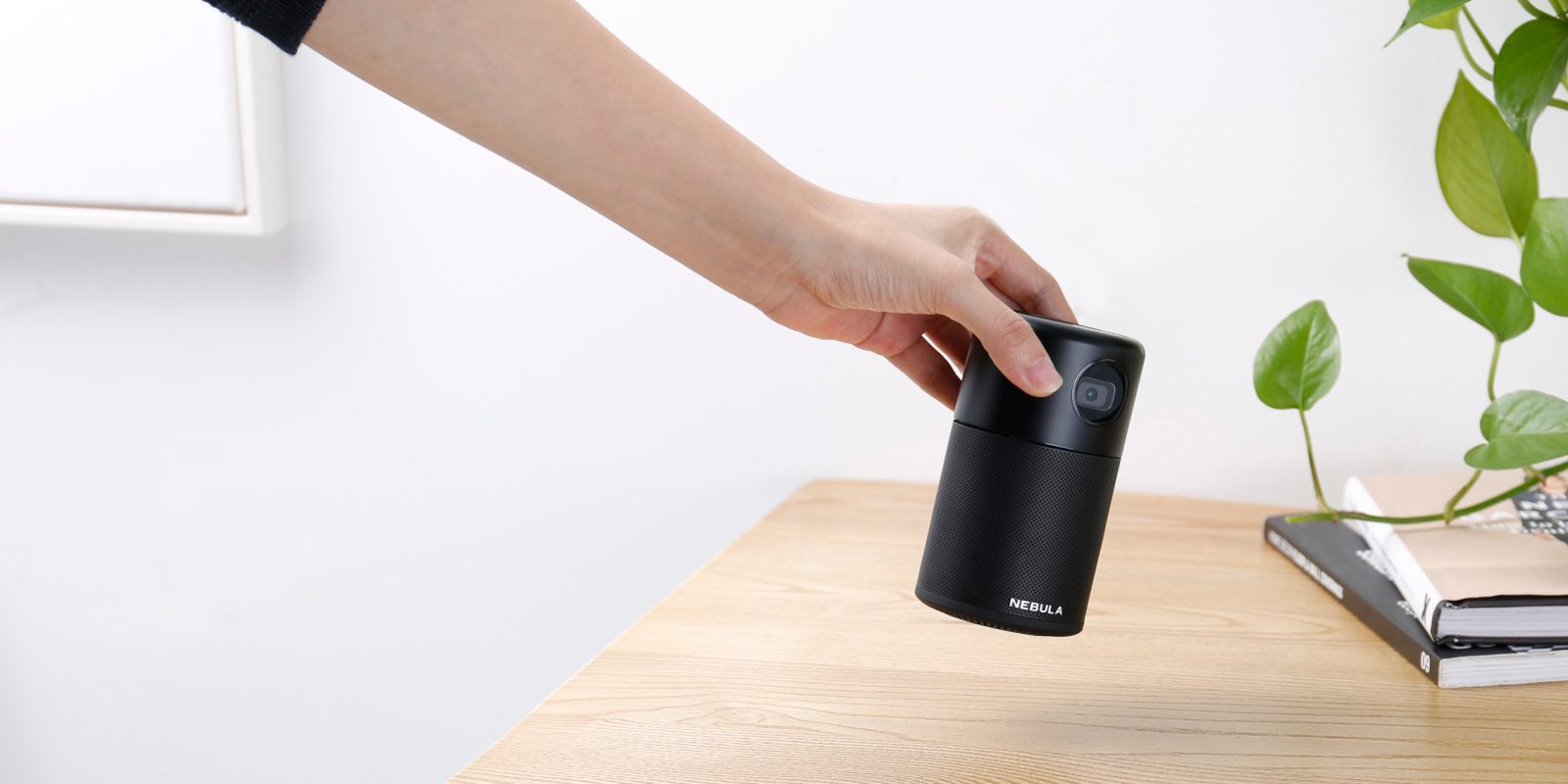 It’s been a busy 2017 for Anker thus far, as the brand has expanded in many ways to smart home technology and other categories. Today, it’s launching a new campaign on Indiegogo under its Nebula sub-brand for the upcoming Capsule handheld projector.

Called the “world’s most advanced pocket cinema”, this soda-can sized device offers a range of connectivity options including AirPlay, Chromecast, Bluetooth and HDMI. All of which are supported by an internal battery pack that supplies upwards of 2.5-hours of playtime on a single charge.

Anker’s Nebula brand first arrived on the scene this summer with its Mars projector. A portable cinema designed in partnership with JBL. At $600, it’s a unique blend of portability and function that provides three hours of continuous playback. Today’s announcement brings much of the same functionality in a smaller package and roughly one-third of the weight.

The Nebula Capsule runs on a version of Android Nougat but it supports a wide range of products and connectivity. That includes AirPlay, Chromecast and Miracast, which complements a built-in HDMI 1.4 port and Bluetooth capabilities. Built-in support for streaming apps from Netflix, YouTube, HBO, Amazon Prime and others round out the list of content providers available at launch.

Capsule sports a native resolution of 654 x 480, but it can handle 1080p and 4K streams with a few adjustments. The DLP lens can display a screen up to 100-inches in size, which can be shown out of the front or rear, and up on a ceiling, if needed.

You won’t find as much power in the audio department on this model, in comparison to the previously-released Mars. But in a portable design like this, that’s to be expected. The internal 5200mAh battery pushes out 5W of sound when it use. Aside from the 2.5-hours of video playback, users can expect upwards of 40-hours when simply playing audio via Bluetooth.

Anker will ship its latest release with a remote, Quick Charge 2.0 wall charger and a microUSB cable. Early bird backers can pick up a unit for $199, with prices going up to $269 throughout the campaign as inventory allows. When the Nebula Capsule hits retail in December, it will have a list price of $349.

On Thursday 9/28 at 10AM ET/ 7AM PT, Anker Technology will launch the Nebula Capsule on Indiegogo. Small and mighty, the Nebula Capsule is the only Android 7.0 base smart DLP projector thoughtfully designed for dual use. It can turn any mobile device into an immersive shared cinematic experience as well as function as a standalone high-quality Bluetooth speaker.
Inspired by the size and simplicity of a commonly used soda can, the Nebula Capsule is a truly portable entertainment projector at 4.7in by 2.7in and 12 ounces. Other features include: