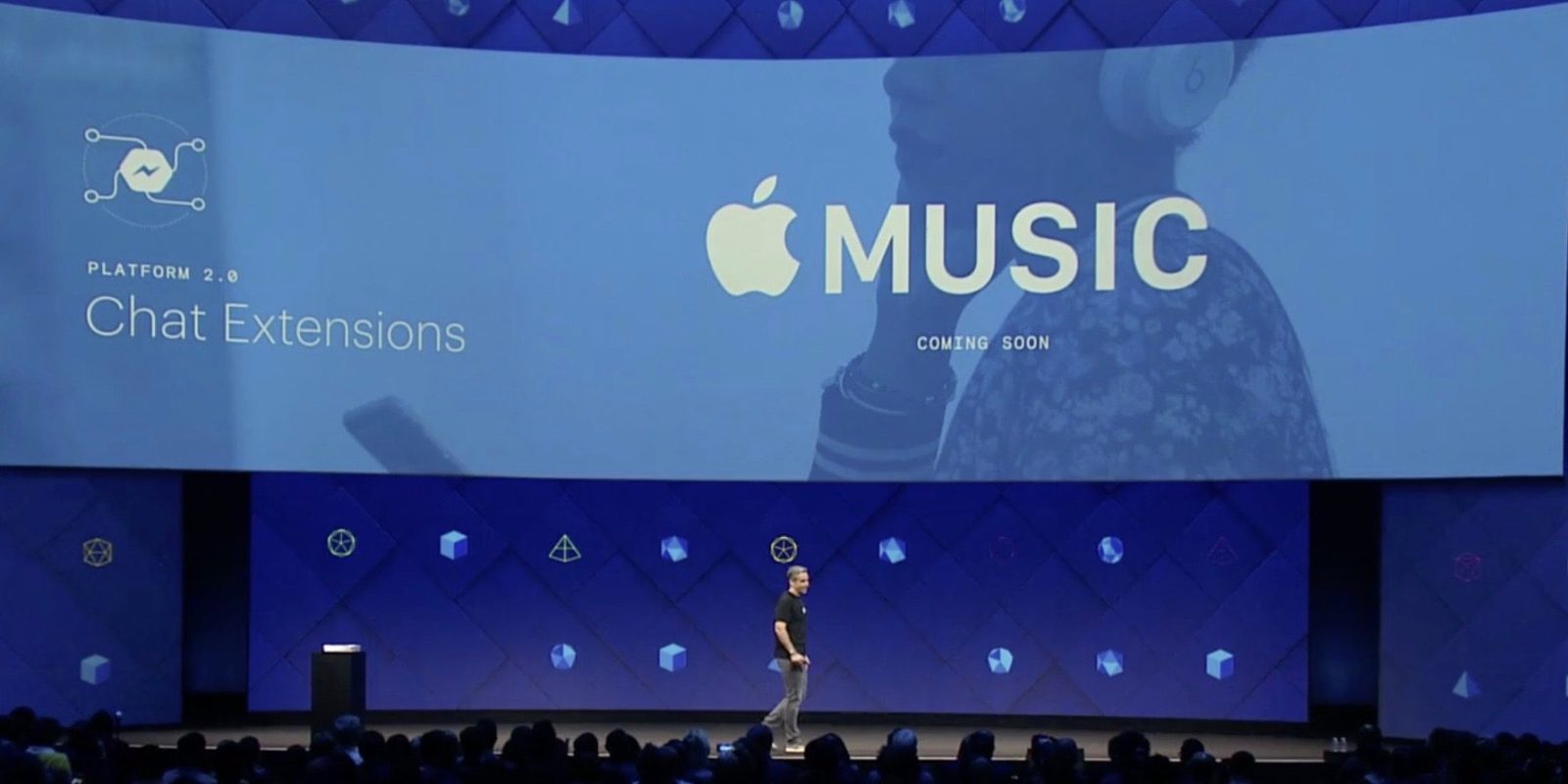 Facebook announced last spring at its F8 developer conference that it would be bringing Apple Music integration to its Messenger app. Now, the feature is beginning to roll out to users.

This same feature was first rolled out with Apple Music competitor Spotify and today, Engadget reports it is seeing the Apple Music chat extension showing up in the Messenger app. We haven’t seen it ourselves over here at 9to5Mac, but it’s an easy feature to use.

When in a Messenger message, tap on the + symbol to the left of the text box. Then look for the Apple Music extension and tap on it to get going.

Alternately, another way to share with Facebook Messenger is from within the share sheet in Apple Music. However, if you use Messenger quite a bit, you’ll find this new functionality useful.

While there’s no mention of Apple Music integration in the release notes, Facebook released version 137.0 of the Messenger iOS app today. It’s probably a good idea to be on that version for the best chance of seeing this update as soon as possible.