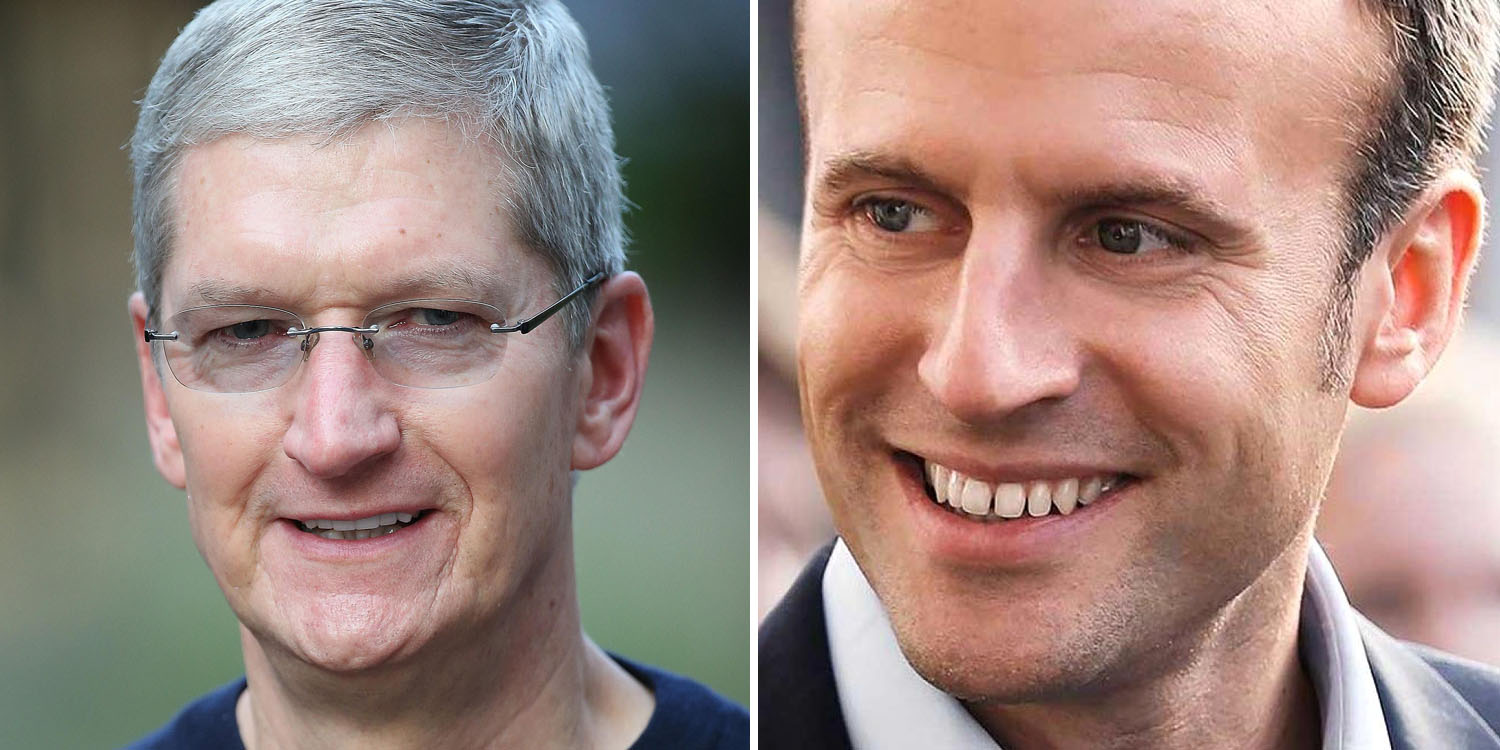 Tim Cook’s meeting with French president Emmanuel Macron might have been expected to be a lively one, with Macron arguing that Apple and other large companies need to pay tax in the countries where their products are sold, while Apple funnels all European sales through to Ireland, where it pays a very low rate of tax.

In Europe, Apple established its European headquarters in Ireland, and argued that all sales throughout Europe should be taxed there, rather than in the countries in which sales were made. The arrangement allowed Apple to minimize the amount of tax paid in Europe, thanks in part to a favorable deal with the Irish government.

Ireland already offered much lower corporate taxation rates than other European countries, but was found to have offered Apple a ‘sweetheart deal’ where it paid just 2.5% tax. The European Commission later declared that Ireland broke the law by offering this deal, and that it must reclaim €13B ($15B) in back tax from the iPhone maker.

At least one European country rejected Apple’s approach. Back in 2015, Italy accused Apple of failing to declare more than $1.3B of income from sales in the 16 retail stores in the country. It sent Apple a tax demand for €318M ($347M), which the company paid.

Cook had in the past argued that Apple pays every dollar that it owes, and described claims that it avoids tax as “political crap.” However, Bloomberg reports that Cook appears to no longer be interested in fighting this battle.

It’s likely that Apple will continue its appeal against the Irish ruling, but it also seems that the company will be open to paying tax on Apple Store sales in each of the countries in which it operates.