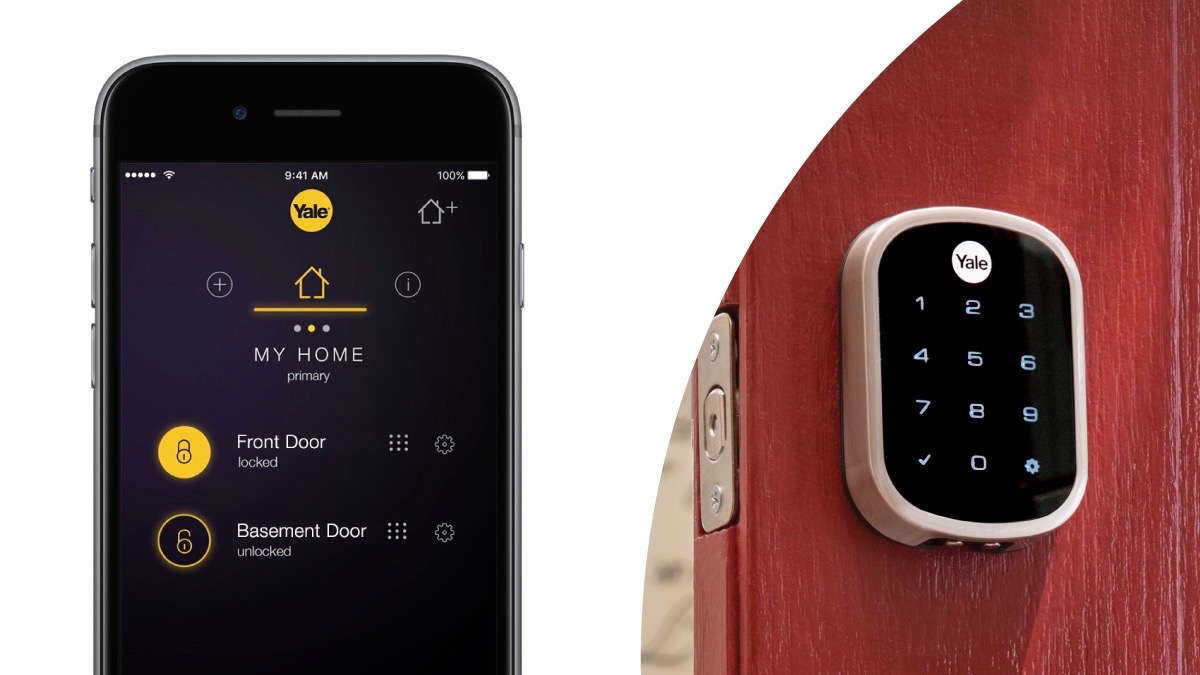 The number of HomeKit-enabled smart locks on the market is steadily expanding, and Yale is the latest to join the scene with its new add-on module. Yale’s iM1 Network Module makes its smart locks work with Apple’s Home app and Siri for easy automation and control.

The new iM1 Network Module will retail for $49.99 on its own and will hit stores in the US and Canada on Monday, October 16. The add-on module brings HomeKit support to Yale’s Assure Lock SL (YRD256) as well as the Assure Lock Key Free Touchscreen (YRD246). In addition to selling the new HomeKit module as a standalone add-on for existing locks, Yale will bundle the module with either lock.

When used with a compatible Assure Lock®, the Yale iM1 Network Module allows homeowners to lock and unlock their home using the Apple Home app or Siri on an iPhone, iPad or Apple Watch. With the Yale Secure app, the user is also able to easily check battery status, manage up to 25 PIN codes, see current lock status, customize lock settings, name a lock and add a new lock. Locking and unlocking automatically and away from home requires an Apple TV 4th generation or iPad with iOS 10.3 or later set up as a home hub.

While the modules won’t hit stores until next week, you can already order both Yale locks with the module already installed from Amazon. Yale Assure Lock SL with iM1 is already listed, and Assure Lock Key Free Touchscreen with iM1 should be available shortly.

Yale previously announced the new module over the summer.

Other HomeKit smart locks also on the market include August Smart Lock Pro, Schlage Sense, and the Kwikset Premis among others.