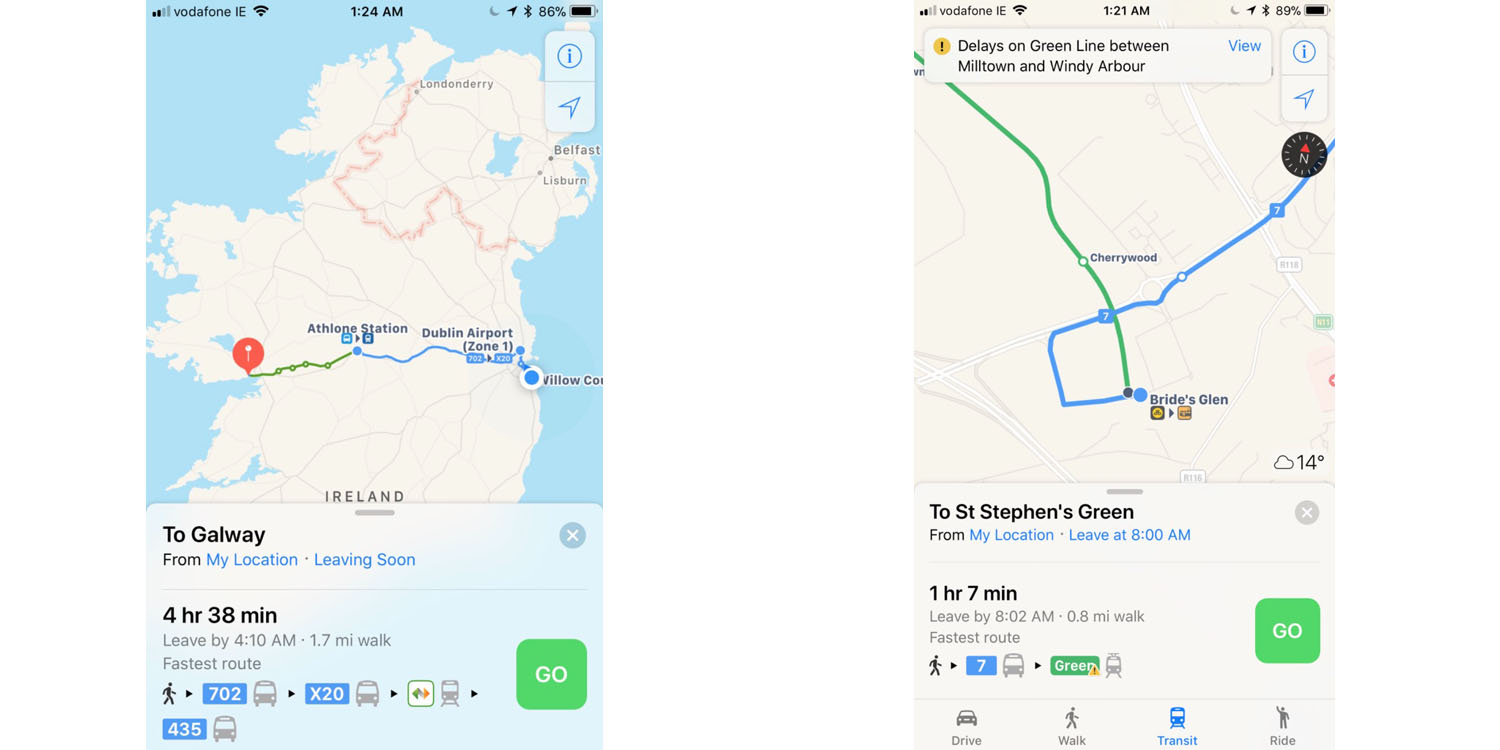 In the latest update to Apple Maps, public transit directions have been added for Ireland. Steve Troughton-Smith wryly commented that the update had arrived just in time for the weather to shut down public transport in the country …

A red weather warning was issued for Ireland as the remnants of Hurricane Ophelia hit the country, with gusts of more than 100mph off the coast, and around 120,000 homes without power.

A more positive interpretation of the timing might be just in time for construction workers to make their way to the site of Apple’s new Irish data center, approved last week after a 2.5-year delay.

For those travelling by car, iOS 11 brought lane guidance to Apple Maps in CarPlay, along with new route recommendations.