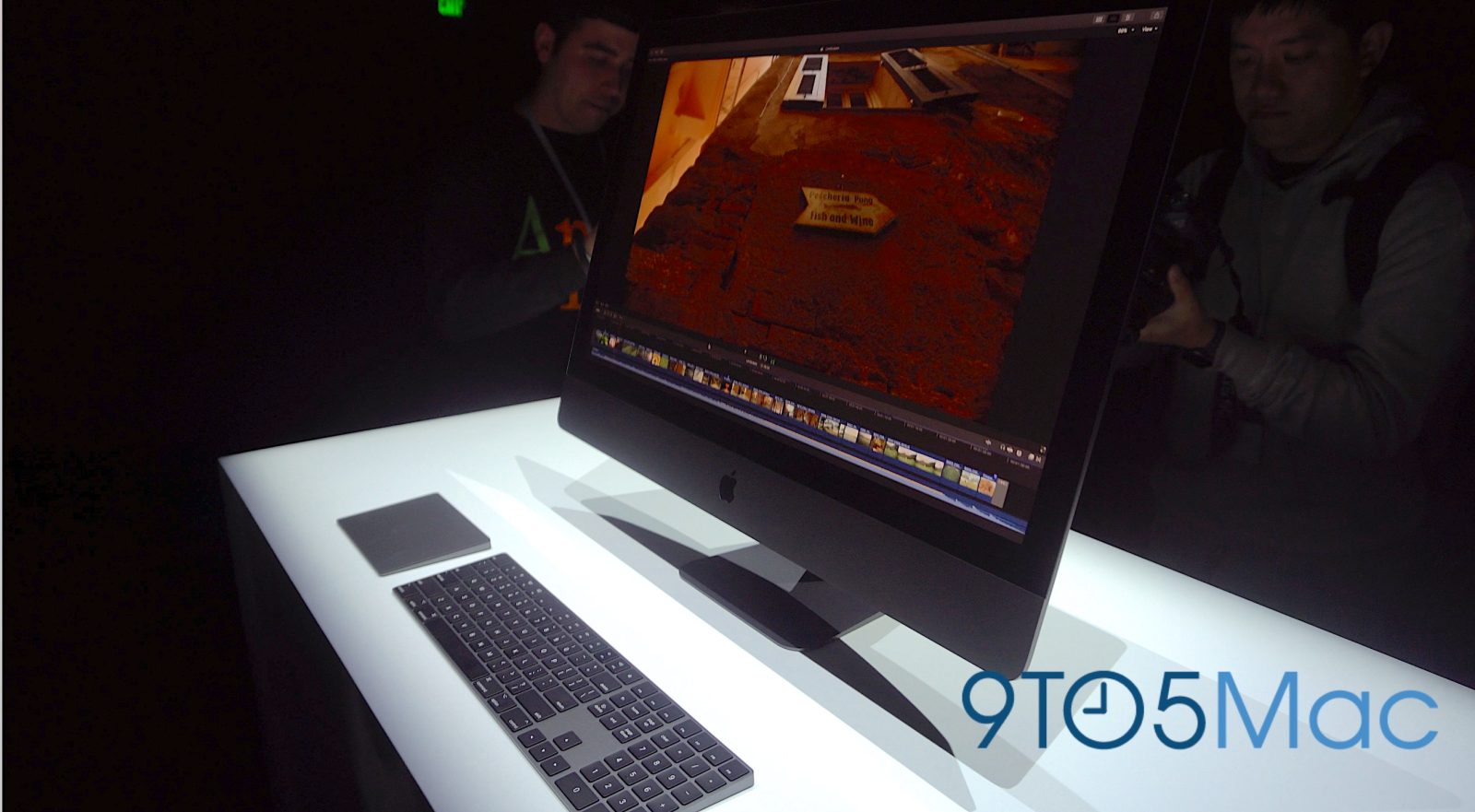 Confirmed: "Hey, Siri" is coming to the Mac pic.twitter.com/Dw9bRAzbxD

The HomePod may be delayed, but we still have the launch of the iMac Pro to look forward to before the end of the year. This evening, a couple of tidbits regarding the iMac Pro have emerged thanks to some digging by developers Johnathan Levin and Steve Troughton-Smith…

According to information available via the BridgeOS 2.0 software package from Apple, it appears that the iMac Pro will feature an ARM coprocessor in the form of an A10 Fusion chip. This would mark the first time that a Mac has used an A-series chip designed by Apple.

Troughton-Smith notes on Twitter that the A10 Fusion chip would let “Apple experiment with tighter control” of macOS, without frustrating developers and users.

Furthermore, he explains that the A10 Fusion chip in the iMac Pro could be used for always-on “Hey, Siri,” a feature that’s currently missing from the macOS version of Siri. In fact, Troughton-Smith says in appears that the chip even runs when the iMac Pro is completely shut off.

A report over the summer explained that the iMac Pro would feature an ARM coprocessor, and today’s information seems to further confirm that with a bit more information.

Separately, Bloomberg reported at the beginning of the year that Apple was developing a new ARM-based chip destined for the MacBook Pro. The chip would be responsible for handling low-power tasks that currently rely on Intel’s processor.

It’s unclear how the A10 Fusion chip seemingly destined for the iMac Pro fits into all of this, but it’s certainly notable that Apple is testing the waters with bringing its A-series chips to the Mac. How the supposed A10 Fusion chip in the iMac Pro will differ from other coprocessor technology Apple has used remains to be seen.

We still don’t have an official release date for the iMac Pro, but Apple has promised that it will be here before the end of the year. Are you getting one? What do you make of this A10 Fusion chip news? Let us know down in the comments.

Under the Bridge(OS) – a super quick tour for those wanting to get reversing – https://t.co/T1dlOUvKvo

Looks like the iMac Pro's ARM coprocessor is arm64 🤔 Seems to handle the macOS boot & security process, as expected; iMac Pro lets Apple experiment with tighter control without the rest of the userbase freaking out. More info & download here: https://t.co/wmbNeVSEZX

This looks like the iMac Pro's coprocessor (Bridge2,1) will be an A10 Fusion chip with 512MB RAM 🤔 So first Mac with an A-series chip

The embedded OS itself also has some stuff in there that supports this. https://t.co/O6FfMeKf6m

Fun part: looks like the A10 in the iMac Pro is what boots up the x86 and passes it an EFI firmware to load. One could say that the x86 is the coprocessor, and the A10 is in control… 😂