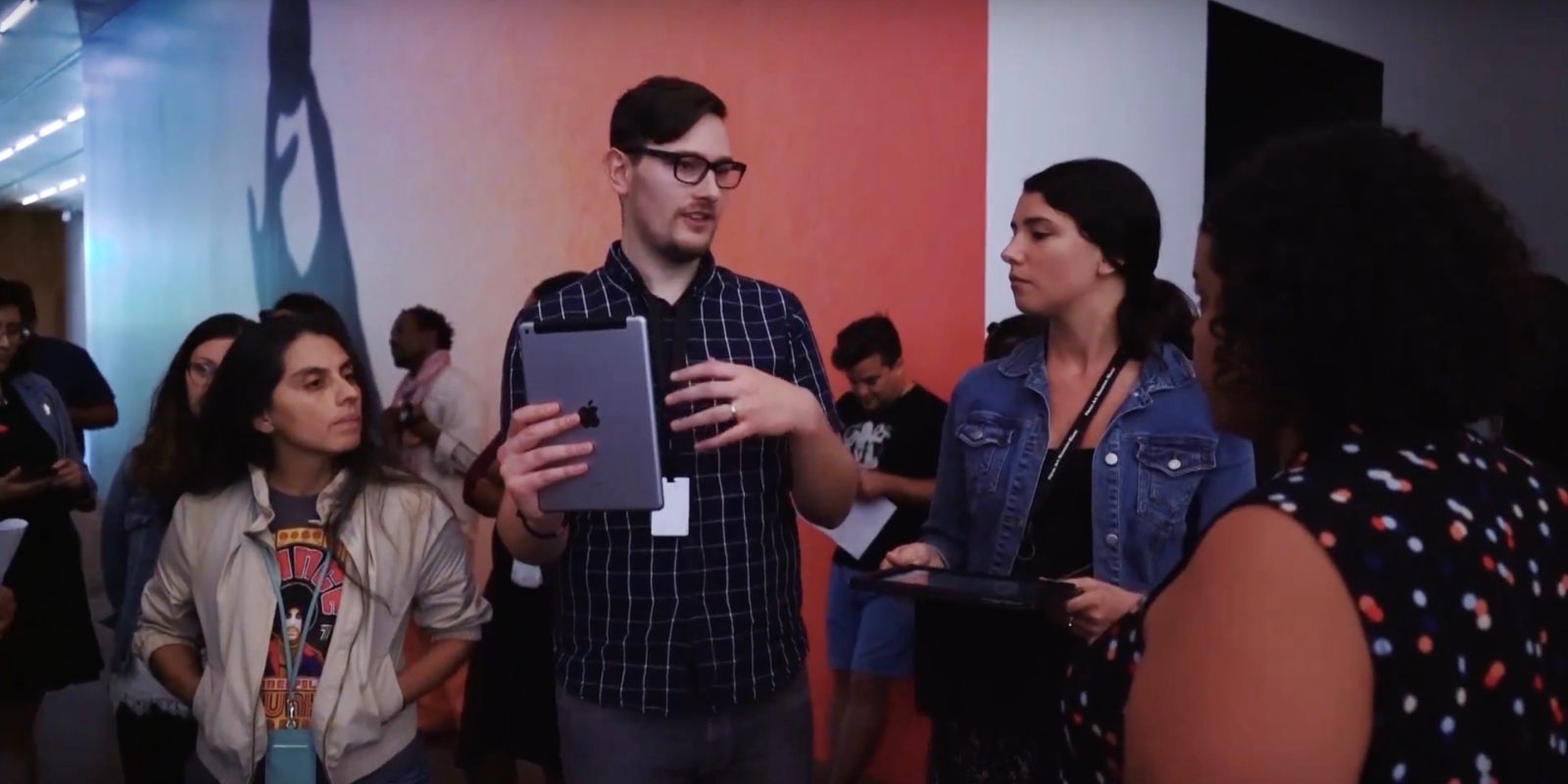 Apple unleashed its augmented reality tools with iOS 11 back in September, and next month Pérez Art Museum Miami will launch its first exhibit that uses ARKit on iPhones and iPads.

Felice Grodin: Invasive Species is a virtually interactive, digital exhibition of commissioned works that employs the technology of augmented reality (AR), and is accessible to visitors using iOS devices in PAMM’s outdoor areas and in the Padma and Raj Vattikuti Learning Theatre on the museum’s first floor.

The digital art exhibit goes live on Tuesday, December 5, with the augmented reality features available to visitors with iPhones and iPads with the museum’s Cuseum-powered iOS app installed. PAMM’s AR project is made possible thanks to a generous grant from the John S. and James L. Knight Foundation.

Here’s a description of the exhibit:

Featuring a total of four digital works, the show launches with two AR site-specific works—Mezzbug and Terrafish (both 2017)—that engage with and virtually enhance the museum’s building. In Terrafish, Grodin overlaps PAMM’s hanging gardens on the waterfront terrace with the translucent body of a digital species she created, which is suggestive of nonnative jellyfish found in South Florida waters. By drawing on the destructive impact of invasive species and creating a new digital environment, Grodin highlights the transformative and unstable state of our ecosystem, speculating about a not-so-distant future affected by climate change and overtaken by uncanny creatures.

The upcoming exhibit at PAMM will be the first public exhibition to rely on Apple’s ARKit technology, and PAMM plans more ARKit-based digital exhibits next year.

As part of the ongoing exhibition, PAMM will launch a third digital artwork by Grodin using AR on the PAMM app during the museum’s upcoming Community Night: Tech Takeover in January 2018, and a fourth work will be made available in spring of 2018.

The ARKit-powered digital artwork will be on show through April. While PAMM is the first museum to launch an exhibition using ARKit, Apple is using its own augmented reality technology to power its Apple Park AR experience at its Visitor Center which can you view here.