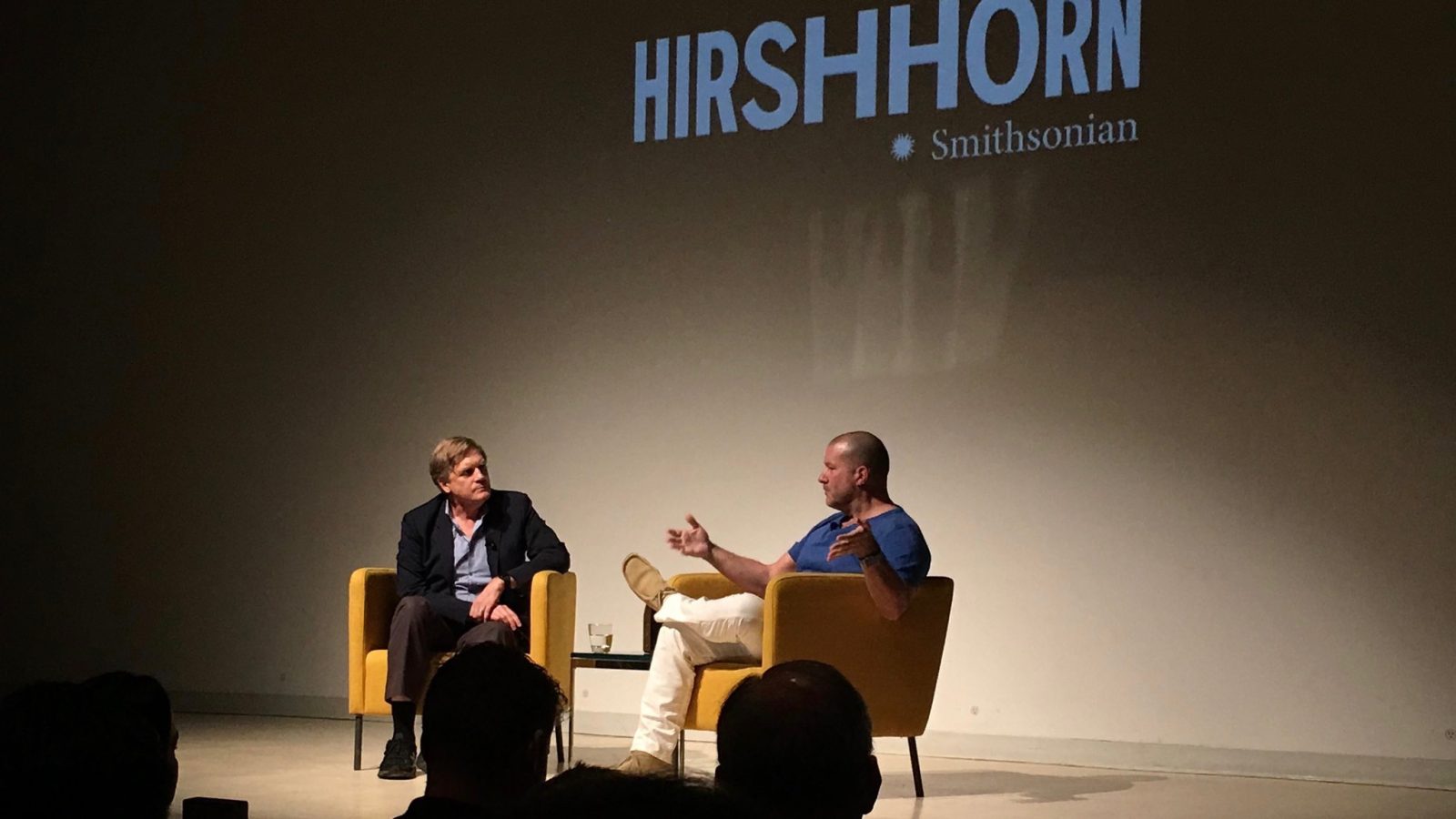 Apple’s design chief Jony Ive sat down with Smithsonian Magazine recently to talk how he got his start as a designer and much more. The interview comes as Ive will be featured in the 2017 issue of the magazine and today spoke at the Hirshorn Museum in Washington, D.C.

In the interview with Smithsonian Magazine, Ive talks about how he got his start in design working alongside his father:

When Jony Ive was a boy, his father, a college professor of design and technology and a silversmith, presented him with an unusual Christmas present—an agreement. “If I spent time determining what I wanted to make and developing the idea with drawings,” Ive recalls, “he would give me some of his time, and together we would go into the university workshops and complete it.”

Over the years they built furniture, a go-cart and parts for a treehouse, working in wood and a variety of metals. “From the earliest days I can remember, I loved drawing and making things.

While Ive has always been known for his sparse and minimalistic designs, he says that over the years his “drawings have become more and more sparse” and that it remains a very fluid process:

It’s often only partly an object. Then the idea sort of bashes backward and forward between a thought, a conversation, another drawing, this time to share the idea. It remains very fluid for quite a while.”

Ive also touched on the iPhone X and how the all-screen dsign is something Apple has “aspired to for years.” He picked up the iPhone 7 Plus used by the Smithsonian interviewer and remarked that “It now seems to me a rather disconnected component housed in an enclosure.”

He was sure to point out, however, that designers don’t always get things right the first time – himself included. For instance, the Apple Watch, while staying relatively the same hardware-wise, has adapted its features over time based on early criticism:

“We don’t get it right all the time,” Ive says of the long process of perfecting any Apple product. “As designers, you’re having to constantly learn.”

Ive discussed many of the same topics today in his hour-long sit down at the Hirshorn Museum in Washington, D.C. The Apple design chief talked about the new iPhone X, how important of a role software plays in the user experience, and more.

For instance, Ive had some choice words for Apple rumor stories, calling them “a load of rhetoric that has little basis in fact… cynical clickbait stuff.”

Listen to the full interview below:

I managed to get into Jony Ive's talk at the Hirshhorn today. Of course, he did not commit any news, but he did have some quotable bits. Big surprise, he hates Apple rumor stories: "a load of rhetoric that has little basis in fact… cynical clickbait stuff."

“As a team, we don’t censor our ideas…” – Jony Ive, @Apple Chief Design Officer speaking how no idea the design comes up with is too big or small to put on the table. Live at the @hirshhorn right now. pic.twitter.com/ERuC7iQKUz