Apple reportedly planning to release even cheaper 9.7-inch iPad in 2018 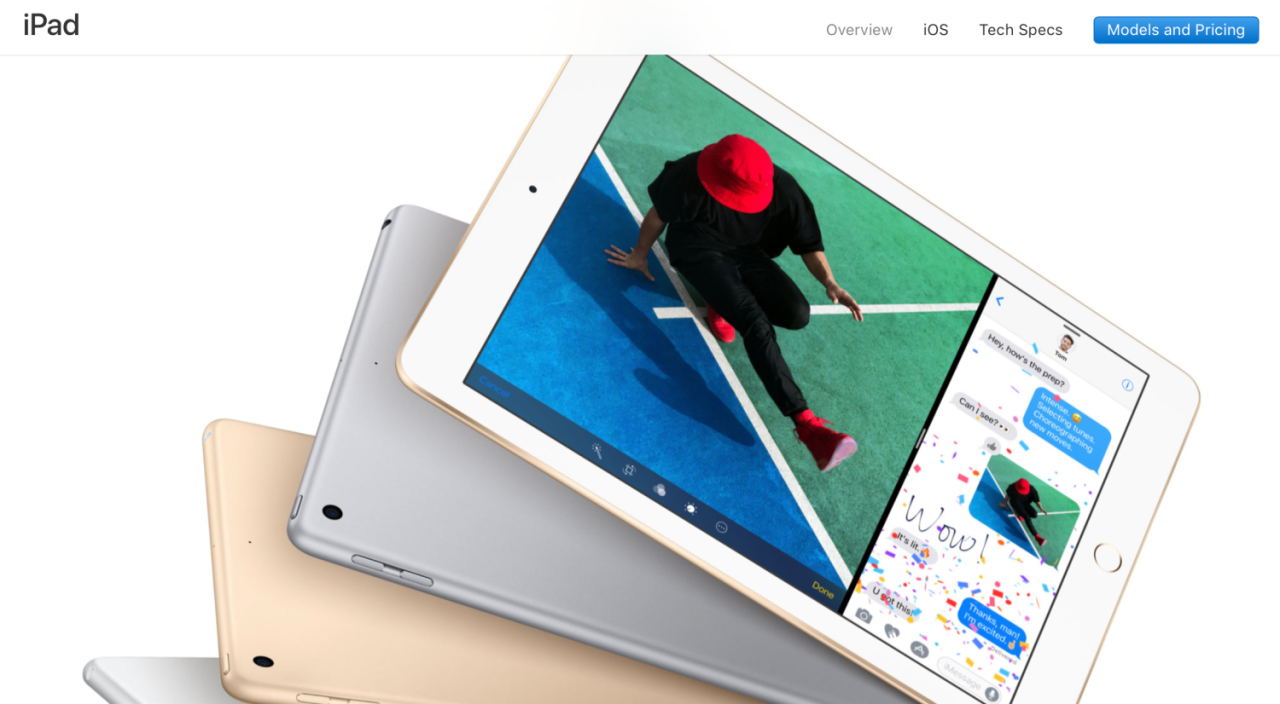 In March this year, Apple introduced a $329 9.7-inch iPad for the first time. Digitimes reports today that the company could go even lower next year, with Apple apparently planning a new 9.7-inch iPad in the $259 price range.

The report says Apple wants to push this even cheaper tablet towards price conscious markets, such as industrial enterprise deployments as well as regular price-sensitive consumers.

iPad sales growth recovered this year amidst the launch of the $329 iPad and compelling iPad Pro upgrades.

It’s not clear whether this new $259 iPad would be introduced in addition to the $329 model, or if it would replace it entirely as its (lower-priced) successor. Technical specifications of this device are unknown; it could very well be a slightly-tweaked version of the current 2017 iPad sold at a lower price point another year later.

The device would be manufactured by Compal Electronics and ‘may arrive in the second quarter of 2018’, according to the report.

As always, keep in mind that Digitimes is not the most trustworthy of sources when it comes to Apple product details. It may have received information from the supply chain that a new iPad with older/cheaper components is in the works, and has then extrapolated from that.